Personality:
Hara is often described by other characters as someone with the kindness of an angel but with the darkness of a demon. This ambivalence ended up being Ironic since he has a demon sealed in him: Hara is described to be good who was extremely loyal to those he cared for and he can also act evil when he is influenced by Atrocitus. When both personalities of Hara and Atrocitus become one it creates a balance which most think its Hara's true side, he has a ruthless personality and harsh characteristics, often belittling those weaker then him. He takes great pride in himself and his powers since he worked hard to reach where he is now.

But Hara will also always protect his family no matter the costs even if he has to die for them. Also he doesn't quit until he gets what he wants. He never takes danger too seriously and can be very humorous at the darkest times. While also possessing a seemingly arrogant personality, he is very passionate about his goals and will pursue them without a trace of fear, hesitation, or sometimes sense. He is also very warm towards friends and family alike. He is very serious about his job and yet be light hearted about it. Hara is shown to have a compassionate, yet serious attitude when it comes to friends and family.

Background/History:
Hara was in North Rukon District 45, so life wasn't exactly easy for him. When he was young much of his family lived together his mother, father, older sister, younger brother, aunt and uncle all lived within the same house. Despite that the Yamagata family was extremely poor and was forced to sell Hara to the Arjan family which caused the Yamagata family to become somewhat wealthy. This cruel decision forced Hara to resent his entire family who he swore he would kill them someday. While serving the Arjan family he was taught etiquette from Hiro Arjan himself and the ways of a Shinigami.

Hara and Hiro became real close and despite Hara not being a “True Arjan” Hiro Still considered him as a cousin the same went for Loki. The Arjans were good for Hara the Arjans saw he had much potential so they sent him to the Shinigami Academy so he could become a Shinigami. After his graduation he returned to the Yamagata’s home for a brief period of time in which he killed all of his ex-family members for selling him off.

After he finished his rampage he felt an energy coming from Behind him and when he turned he saw Hiro’s Father Lucius Arjan Behind him and heard him say "You hold great rage in your heart from here on out Atrocitus will be sealed in you" From that point on Hara had Atrocitus a powerful demon sealed in him giving him his strength and new abilities as well. To this day Hara has nightmares about what he did to his parents. An image of his mother in a red kimono always comes to him in the dream with a mysterious dark spirit clinging to her shoulder. "Death is not where I belong Hara, I will return and show you that there are far worse things than death" she says to Hara disappearing. 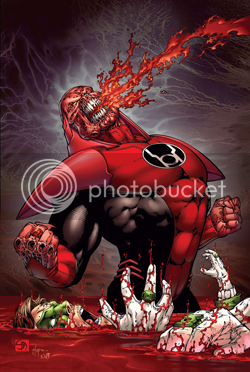 Ziamichi Personality: Atrocitus is easily recognized as one of the most violent Demons He hates weakness and is not afraid to severely punish his fellow demons for failures. He is Full of rage which gives Hara his power.


Ziamichi History: Atrocitus was a Demon of Rage he instilled fear in all that would feast their eyes on him, Atrocitus wasn’t just any regular Demon and he wasn’t a dumb one ether he was a genius he never did anything without a motive be it Killing or protecting someone or something, but don’t get this wrong this by no means made him a Nice demon or a “good guy” if he had an interest in something he would do whatever it took to get what he was interested in. Atrocitus one time “served” the Arjan clan just so he in return they would give him shaman powers and the ability to foresee the future of the world.
When the rogue shinigamis rampaged through Sector 666 of the demon realm, Atrocitus was one of only five beings in the entire sector to escape death. He and the other four survivors formed a terrorist cabal known as the Five Inversions. The group was bent on the destruction of the Gotei 13 and all who served them, with Atrocitus serving as their leader. The Five Inversions performed a ritual which allowed them to peer into the future and discover the prophecy of Ender, which decreed that all life in the universe would end. Forming an "Empire of Tears", The Inversions attempted to destroy the Gotei 13, but were defeated and imprisoned in sacred objects.
One of the objects was given to Sometime later, Hara Arjan began making periodic visits where the sacred object was, and began to ask questions about what he should do to the family that abandoned him. Hara even went so far as to slaughter his entire family just so Atrocitus could get sealed inside of him.

Ziamichi Powers: [*]Hyakkaseihō: This only technique creates several hundred spherical blasts of crimson energy that erupt from Hara's hand and can cause immense damage to anyone it hits. It has also been shown to be immensely damaging to the surrounding area of which it is fired. It should also be noted that Atrocitus has compared the speed of the blasts to an Arrancar's Bala.[/list]

•Atrocitus' association with the Early Arjans [Hiro and Loki's Ancestors] granted him a great deal of shamanistic magic, which he is what is usually the source of Hara's powers.


Drawbacks: whenever Hara loses control he will start losing his memory at first he will just lose 30 minutes of his memory and he can also lose his entire memory up to the point of not even remembering who he is though this usually will happen if he starts losing control every day.

FOR THIS SECTION OF THE APPLICATION PLEASE TAKE POWERS FROM EITHER THE SHINIGAMI, DEMON, IRAMASHA, HUMAN OR QUINCY TEMPLATES ON THE SITE! OTHERWISE, LEAVE THIS BLANK OR REMOVE IT IF THEY DO NOT HAVE ANY! Shikai Description:
The overall appearance of his Zanpakutō does not change other than the fact that the blade becomes slightly longer. Also his Zanpakutō has two known separate releases.

Shikai Abilities:
Atsuko has the ability to absorb the darkness in the surrounding area and transfer it into light energy. Hara can then fire the energy at the opponent.

1st Command- "Dance my puppets" This command allows Hara to control his Corpse Puppets that he summons during battles. When a puppet is summoned they come equipped with a copy of the Zanpakutō he is currently wielding and are able to use its abilities without reciting the release phrase. If a portion of the puppet's body is damaged or destroyed in battle the puppet will continue to fight (even if the head is destroyed). Hara can simply create new body parts to replace the ones lost in battle (though he does this after the battle). He has used the bodies of his family members especially his mother and younger brother as puppets in battle, though he said he sealed them away years ago for an unknown reason. The biggest weakness of his shikai is that the Zanpakutō that the puppets carry are what holds them together as Hara’s energy flows through it. If the Zanpakutō is destroyed the doll is utterly useless.

2nd Command- "With your beautiful eyes mimic all that you see and make what is my enemies’ mine" This command allows Hara to mimic a Zanpakutō's appearance and abilities. Once a Zanpakutō has been mimicked it is forever part of Hara’s arsenal. From that point on he can call upon that Zanpakutō's power at any point in battle just by calling its shikai. There are a few drawbacks to this command, if the target does not know the shikai release and if the target seals away their Zanpakutō before Hara finishes releasing his sword. Also, Hara seems to have difficulty using the shikai and Bankai's of stronger opponents, possibly due to the Zanpakutō spirit's will. He had this problem during the ender Invasion. He has mimicked many Zanpakutō most of them belong to captains and members of the Soul Society. During his Shikai he can release the power of two Zanpakutō at once though it is severely taxing on his body and should be reserved for Bankai.

Bankai:
He executes his Bankai in a different manner than others, instead of just saying bankai he stabs the sword in his heart. This does not hurt him at all. Hara can only maintain Bankai for 10 minutes max due to drawing on the power of so many Zanpakutō.

His bankai allows him to uses all the abilities of the Zanpakutô he has absorbed at once without the use of his sword.


• Four Pointed Star: This move is executed by using Rukia's Zanpakutō Sode no Shirayuki's (袖白雪, Sleeve's White Snow) second Shikai release Tsugi no mai, Hakuren (次の舞・白漣, Next Dance, White Ripple). By using a high speed Shunpo Hara can make it appear as if he is in four different places at once (the formation looks like an "X"). He then launches Hakuren from all four directions giving the opponent no place to escape and freezing them in a massive column of ice. Since this is not his original Zanpakutō the ice is relatively weak and can be burned fairly easily.

• Steel Bone Tail: This attack uses Renji Abarai's Zanpakutō Zabimarus form. Hara then applies the power of Izuru Kira's Zanpakutō Wabisuke to make anything it strikes twice as heavy. This combo is great as Renji's Zanpakutō allows him to increase his reach and strike the opponent were as Izuru's Zanpakutō lacked necessary range. The only weakness of the technique is that Zabimaru's ability to strike 3 times consecutively has been reduced to two strikes.

• Dark Hell Giant: By combining Ryujin Jakka and Tenken's abilities Hara creates a giant fire giant. The giant can manipulate the swords form into that of a spear and a bow. He was only able to maintain the form for 30 seconds so he rarely uses it. Also the giant is extremely slow making highly ineffective against high speed opponents.

Ziamichi Class: (Ranging from E to the weakest and A to the strongest; With S being a special class of demons. Don't do anything to this, the staff will decide how strong your demon will be from how good your application is and how good your role playing skills are.) 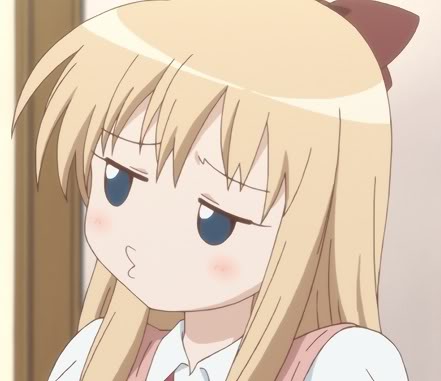 Moving back to Active Ziamichi

Moving this to archives!
Simply post in this topic here, in order to come out of archives~! 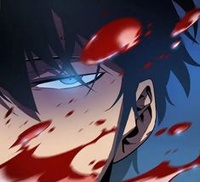