Description: Severl Zanpakuto Spirites managed to get themselves seperated from there soul mate and are causing trouble in the human world. They have Been causeing Fire storms, Lightning Storms and other unatural storms around the world. Some how they have gained anough energy to live seperat from the mate without haveing to ever go back. Teach these Rouges a lesson on manners.

Beat the Zanpakuto Spirites before the hollows eat them and gain there power.

Yuki- Yuki is a skilled man with the sword. He often talks in questions and sends you into a trap. Watch out though his ice and snow abilitys are evil. He can freeze anything even air its self with a cut of his blade. His sword is a large long sword of out of diamonds and his apperance is that of a skinny brown haired santa clause. His Bankai, Every thing around him freezes into ice sickles. He can send the ice sickles at high speeds, if they hit somthing it freezes.

Raikou- Raikou the woman of storm. She things very high of herself, even higher then the gods themselves. Skilled with a blade, no. Skilled with a spear hell yeah. This woman will rip off your head with a her spear and slice your remains into thousands of time peices. Her powers allow her to make large bursts of electricale energy and cause gaint explosions any weres she wants. In her Bankai, Storm clouds swirl above and shot out lightning bolts that she can aim any wheres she want and make them explode with a snap of her finger. But thats not all shes has a javilin to protect herself in close range, it can cut through almost any zanpakuto.

Hisaki: Hisaki the man of fire. This man is rash and has fun with every man he kills. His weapon? A large whip encased in fire. He can smash the whip on any thing a light it on fire instantly. Unfortuenitly for this Spritie it does not Bankai for some reason.

There are 3 others, but they are are of each a different element.


IF you devour a spritie the mission is failed. If a hollow eats one its a Fail. 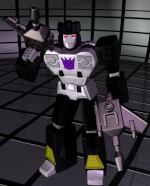 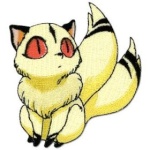 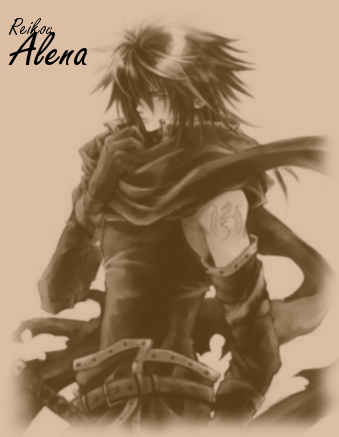 JS: I'll be glad to accept this mission

Zen: Bring it on!

Just as I thought, this cannot be done.

This is a quote from the Bleach Wiki:

"Subsequent to his death, Muramasa's influence persisted; as he released "all" Zanpakutō spirits from their Shinigami masters, he was indirectly responsible for causing the creation, and subsequent manhunt of rampant, berserker-type Zanpakutō, dubbed Tōjū by Captain Kurotsuchi.[15]
The Tōjū eventually begin to disappear altogether, as their reiatsu became limited after their masters had died, and most of the Tōjū left have either been killed or ran out of reiatsu, reverting back into their sword forms. The same would happen to the Zanpakuto spirits; with the death of Muramasa, the source of the power that materialized them in the first place, the last remnants of his influence would eventually diminish, forcing the Zanpakuto to return back into their sword forms.[16] "

Basically, after Muramasa died the Zanpakutous were resealed into their swords. And without Muramasa, you cannot do this.
__________________

But there can be canons, and they could have come from another time, and there can be another zanpoktou that can do the same thing so this can be possiable. And after the user has passed the zanpakuto spirit can be wiith someone else.
__________________

Like I said earlier, there are no more canons. Also, the time machine thing is gone, so lolno. I know I wouldn't approve of another Muramasa, I dunno about the other staff. And Muramasa was the Zanpakutou spirit, so he's gone.
__________________