[Aivee] Tricks without a Parlor [Open]

The boy was obviously amazed. Just what has this boy seen? The male could almost feel that anticipation growing more and more, as he just shook his head. The shinigami sheathed his weapon and sad down, as the magician tilted his head. ''Not necessarily true. Some do go through a thousand battles : but if you lose each one and don't know why, it's useless.'' the male said, shrugging slightly, as he seemed to think another moment. ''However, being taught alone is never the best path either.. actually, the best path is to combine teachings and experience.'' the male said, in a teaching tone. Even though he was creepy, as most tended to think of him, he knew he had an attentive ear. The male nodded, and clapped his hands loudly. ''That makes me think! I've been wondering about the Shinigami and their world : and you look like you need direction. How about we partner up for a bit? I could teach you a few things I know, like combat tips, and you can pay me back by getting stronger and helping me out with a few things. What do you say?'' the male said, his grin now back, but with an interested spark. It was... almost a happy grin, rather then being creepy.

teaming up. a partnership would be beneficial for kill. but what things did CC have in mind. kill was all for getting stronger but at what cost. kill saw this as an experimental decision. if he did say yes what would happen. only one way to find out. " me and you partners. sounds kind of iffy. but I'm up for anything." kill's expression changed then. he was now eager to learn. to find out what CC can teach him. kill stood up and brought out his hand for a handshake. "i hope you realize what you are getting yourself into. I'm not exactly a fast learner."
__________________

CC laughed and shook his head. ''Iffy? Now would I attempt to trick a shinigami? Particularly when I want something from them? But don't worry boy, you're under my wing now.'' he said, as his fingers snapped, and he grinned daintily. The male took out his hand, and slipped it into the other's his grip firm, strong, and confident. ''Oh don't worry, I'm pretty sure I can motivate you. So partners we are!'' he said, grinning wider, as the male looked at him thoughtfully. ''I'll need some way to contact you. Got a cell phone?'' he asked, tilting his head a bit, watching the male, even as his body let out a shiver. Oh goodie, he had an amazing feeling..

kill was really excited for this new opportunity. CC seemed to know what he was doing. there was no doubt he was skilled. and he seemed almost friendly. "a cell phone? sure you want the number?" kill quickly searched his robes for his cell phone. he eventually pulled it out and flip it open.
"yea my number is 04.57.67.85.07. i got it while in France so it's a french telephone number."
kill then put the phone away.
"so what kind of things am i going to be doing? i hope I'm not asking to many questions."
kill then gave a grin that he would normally try to hide. kill really was starting to like CC.
__________________

The boy was obviously excited, as the magician just let out a laugh, as the boy was searching his robe. With a flick or two of his hands, the male seemed to be confused about his own phone. And then with a sort of awed look on his face, he snapped his finger, his phone appearing in his hands. Ever the entertainer : CC couldn't do much without being a trickster, except speak. At least, that's what it seemed, as he punched in the number relatively quickly, deft with his fingers. ''I see. Nothing too complicated. Here, I'll just text you and you can add mine.'' he said, slipping a text the boy's way. It was just a basic hello, as the magician seemed to be reflective for a minute, at the boy's question.

''Well, Kill my boy, nothing too hard. Mostly, you'll keep doing what you are doing, and I'll be teaching you the things I had to hard learn myself : and with the combat experience and the tutoring I will give you, eventually we can go outside the city... and well, as for me, watching you grow is good. Sometimes, I might ask you a favour or two. But that's about it. Can you handle that?'' said the male, his own smile infectious, as the boy seemed to be grinning, as he grinned back. Oh yes, very much fun indeed!

CC's words went through kills head over and over again. keep doing what you're doing. i few favors here and there. no strings attached. didn't sound hard.
" of course i can handle it. sounds like an adventure. so anything else you wanna tell me?"
kill yawned. he was getting sleepy. he really wanted to catch some Z's.
__________________

The male shrugged and pondered a few more moments, before shaking his head. ''Not really no. Just be ready any time.'' the male said, before waving his hand at the boy. ''But I see you're tired... so go sleep you earned it tonight.'' he said, as his Geppo suddenly caused him to no longer be there. That was extremely useful, as Kill would now be alone to go on as he wished. After all, there was something wrought tonight, something very.. unique to say the least. 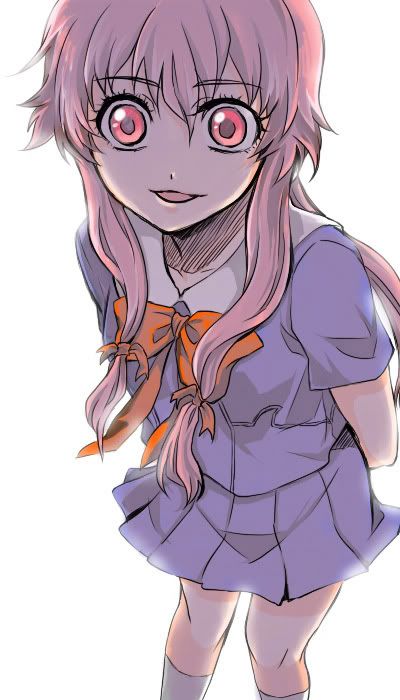