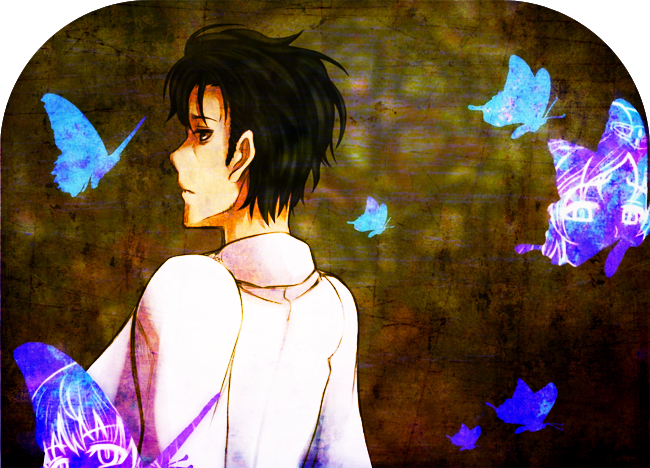 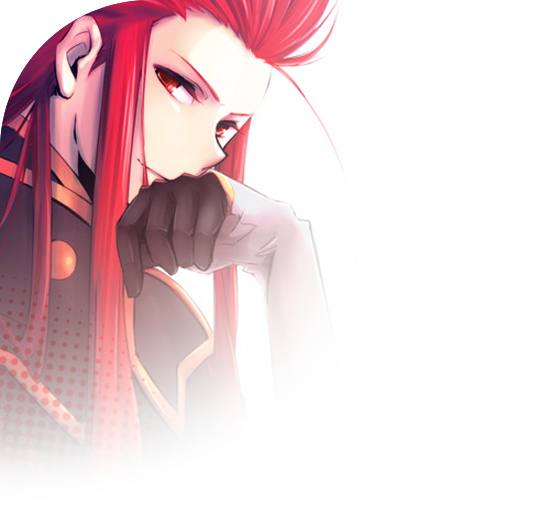 Daigoro Ito
Mood: Surprised
Song: Wandering Shadow
Artist: TYPE-MOON
He couldn't believe it! Despite all of the odds, his sudden attack had worked! Landing on the ground as Gilgamesh stood at a distance, a low smile crossed the lips of the male, who had an obvious psychological advantage--that was something he would cherish on the battlefield. Shaking his head and tutting softly, he watched the scowl on the man's face grow further and further into the look of complete rage and hatred that he would expect. Yes, to use someone's prized abilities against them--that was the meaning of Daigoro's sword. A man who could nigh but defend and take attacks, Daigoro had slowly learned to take what he knew of a man's blade from the touch against his flesh and turn it against them. A purely psychological advantage--it had its uses in turning the tide of the battle either way. Not only was his Bankai designed to take on such attacks and turn them against those who originally wielded them, it even gave him the advantage of being able to take some of the most powerful attacks that his enemies had head-on, in order to use them to his advantage. Unlike most fighters, who existed only to destroy their enemies' bodies; Daigoro Ito existed to destroy his enemy's mind and force their submission with their own attacks. Strength-wise, Daigoro had little damage potential unless he slung himself forwards with shunpo, but even that was weak against the more powerful opponents. No, Daigoro Ito was never intended to destroy his opponents with overwhelming physical strength. Instead, he would make sure that they never landed a scratch on his body!

The look on Gilgamesh's face, that scowl, it gave Daigoro the chance to hold a somewhat confident grin. The fact that he'd beaten through that armor meant that there was a weakness to it--as long as he ravished the integrity with numerous attacks, it would fall. And wouldn't you know it? He'd been given the tool to do such a thing! The grin on his lips would quickly drop to a more serious expression, however, as the golden-armored King pulled forth his Gate once more. A short use of the Gate had given him a little knowledge as to its history--however, those weapons almost completely confirmed his suspicions. Neither of them should belong to this mysterious man--both of them had completely different owners! Therefore, they must not be from their respective times. They'd be... the originals. The originals, huh? A low smirk crossed the man's lips as he suddenly took up a more defensive stance--the Ketsu no Temono, or 'Iron Beast' stance. His feet planted at either side of his body and his centre of gravity lowered as much as possible, Daigoro Ito held out two arms and prepared himself. A quick count of the weapons showed as many as a thousand--so he would need all of his concentration to come up against this assault. Closing his eyes, the man drew in a long and deep breath, stilling himself completely. "Entrust myself... to the Iron Beast's control..."

CHANGE TRACK
The nanosecond that his eyes opened up and revealed determined red orbs, the assault of the Golden King would begin. Raising his arms up, Dai waited for the first weapon to collide with his body, making sure that he was completely anchored down when he did so. From this spot, he would not move a single inch. He would take and parry every single attack that the King threw at him! Suddenly, the first attack collided with overwhelming force--a halberd with a long tail. Metallic sounds clanged in his ears and he reached forth and pulled another one out of the air! Throwing forth the weapon in a swing with all of his might, three or four weapons were pushed out of the way--the ensuing domino effect knocking a few more. The next one collided, this time a Chinese dadao sword of seemingly no worth. There was no time to speak--he could only react and activate, before doing it again. With the halberd gone, the dadao was swung once more, again parrying a multitude of the weapons. Normally, Daigoro's strength would give him no pass over these weapons. However, the speed at which they were travelling gave them an overwhelming amount of kinetic energy to work with--the moment the weapons were forged, he carried them at the same speed as Gilgamesh had flung them, meaning that he could put their momentum to use as a defensive maneuver. However, this didn't always mean he was successful. Multiple weapons pierced his flesh, causing him to scream out in pain as his vision occasionally broke into white for a half-millisecond. However, the pain would throb away after a moment and return to adrenaline, giving the already-energetic warrior further cause to attack. However, he wouldn't last much longer at this rate. For every five weapons that he smashed out of his way, another five took their place. If Gilgamesh wasn't just flinging them forwards, he would be at a loss.

Nine hundred weapons had passed him by, Dai having a good thirty or forty entrapped within his form. They reached the final amount, and it was then that Dai finally dropped his defensive stance--knowing that all there was left was Gilgamesh. Three slots were filled--the Gate of Babylon was his to use once more--there were those that were still stuck in his body, the final sacrifice. Sighing softly, the man got to his feet and began to pull the weapons out one at a time, gritting his teeth with each clang of a weapon hitting asphalt. Blood spilled outwards and Dai felt himself getting somewhat light-headed. He had plenty of energy left, that was for sure. However, if Gilgamesh were to hit him with another barrage like that? It was unlikely that he'd be standing for much longer. It wasn't the amount of weapons, but the amount of energy he had to expend deflecting as many as he did. Had he not done that, however, he would have been completely dominated and destroyed by the numerous weapons that were equal to that of a ferocious bombing attack. Looking around at the destroyed ground, the man could only make a soft sigh--the blood, hair and eyes all matching in their deep red hues. "I admit it. You're good. Though I've worked a few things out, having used your ability and seeing exactly what it is you're capable of. See, I used to be told stories," The man took a single step forwards, "Stories about a being that had all the original treasures of the world. And each of them were locked away for his own personal use. Not just gold and jewels, but weapons. Weapons lined the very corners of the Treasury. I see it now, and I finally know your identity. My only real reason for fighting you was to find out who you were, but I see now that you won't end this peacefully, Gilgame--" One more step was taken forwards, but that was when it hit him. Literally.

"Wh-what..." Sticking out of his chest, directly where his heart should be... was a long, spear-like weapon. The shaft sat out approximately five feet from his chest--a normal spear's length, sure. But it wasn't the length that intrigued him. The blueness of the handle, the long string hanging from the blade, the tri-bladed tip... that was... it could... "Gung..." Coughing slightly, Daigoro fell to one knee. The blade... it had pierced his chest, almost reaching his heart. From the looks of things, that had been its target all along, though Daigoro had not seen it coming. No, he could not have seen it coming. He would have never seen something coming that had never come straight for him in the first place. Slots changed and moved, and he was given that singular option. Sighing once more, he grit his teeth at the pain and reached both hands onto the deeply-driven spear, gripping the shaft as tightly as he possibly could in the position that he was in. Slowly pulling outwards, he started the long trek through his flesh, crying out with each passing millisecond of pain. Normally he would be able to resist such a wound, but the consistency of the pain was getting to be too much for the male. However, it finally gave way, dropping onto the ground while Dai stood up himself, breathing out and letting his constricted chest return to normal. "F-fu..." Slowly twisting his neck around to loosen it up, he took another look over at Gilgamesh--the man he expected to be in quite the shocked state right now. "Gungnir, right? The primeval spear that directs itself straight for the heart? I'm impressed." Suddenly turning his foot into a new position, both arms were raised out to Dai's sides. The metallic noises clanged and crashed in his ears, and a spear materialized itself in his right hand. However, in his left hand? As a bright light shone forth, Daigoro pulled his right arm back and threw the spear with his fullest strength, guiding it straight for the heart of his opponent. He knew that there would be a counter for that. He just needed the time to prepare this.

The light that shone in his left hand quickly materialized into the shape of a sword, with silver and blue as its colors. The long sword emanated something completely new and alien, however; the feeling of the world, flowing and changing around Daigoro, was all too familiar. "Summoned. Excalibur Gallatine. I present to you one of the very few weapons that I truly own." Grinning softly, the man suddenly rushed forwards, going behind the wake of Gungnir at a speed of his own--it was almost dangerous to travel like this, however he would be able to endure a lot more until he finally fell--one more powerful attack from him, though, and Nise Kokubo may possibly fade away. That was alright, though. He was almost ready to end this fight on a good note--even if he lost, it would be ending on a good note. The world would finally be rid of a beast. Pushing off of the ground, the man would rush straight towards Gilgamesh with a beast-like look in his eyes. His first attack would be a swipe at the man's chest. If that were to be blocked, he would turn around and swipe for the legs--however if it were to hit, he would leap up and over, going for an attack from the rear. Whatever he could do now, he needed to take that armor down as much as possible. "Come at me, King of Heroes! Let's see just how many tricks you have at your disposal!" 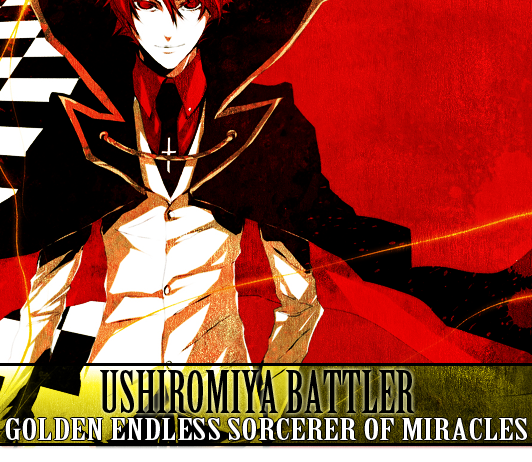 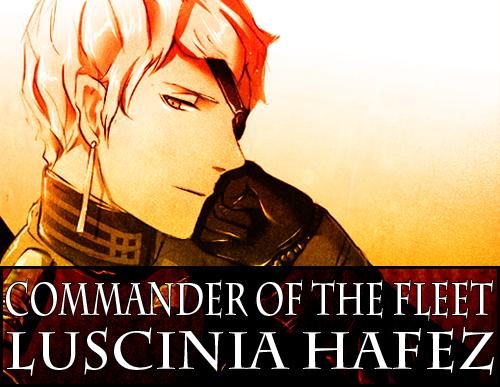 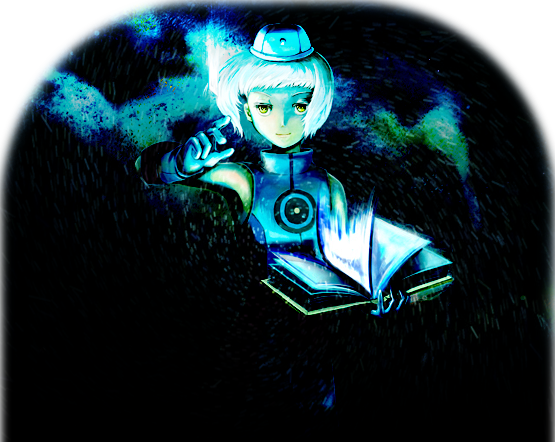 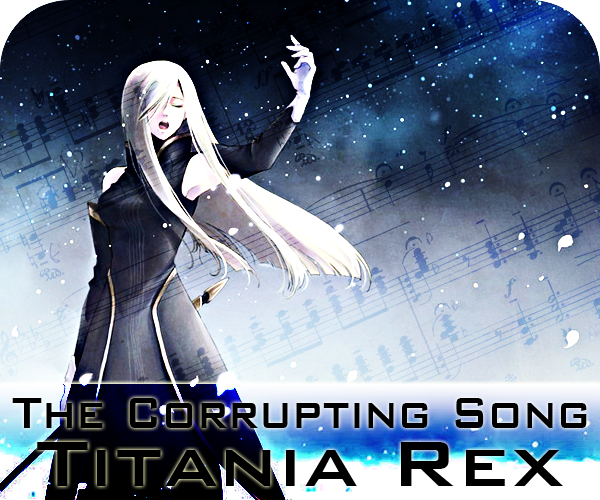 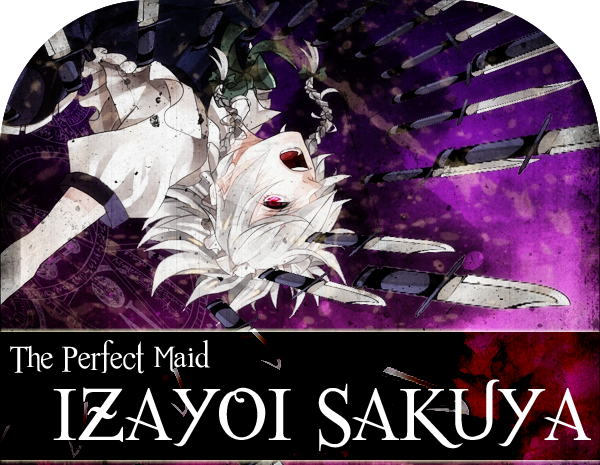 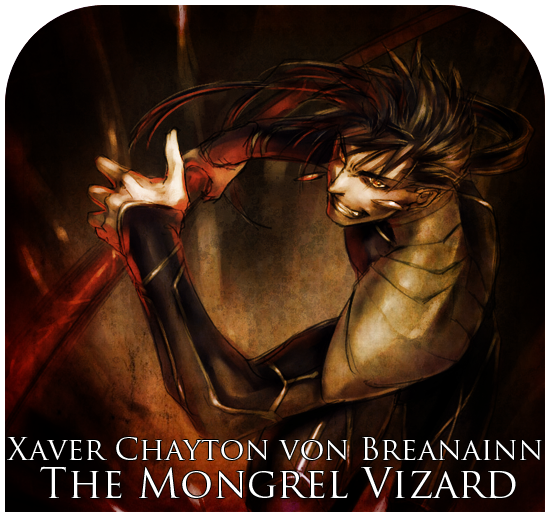