- Appearance :
this is how his face looks 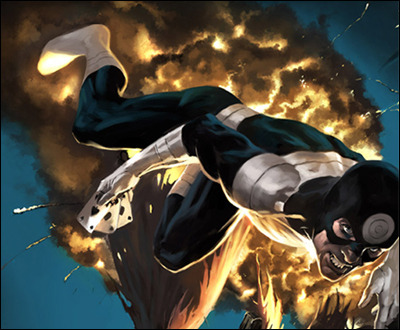 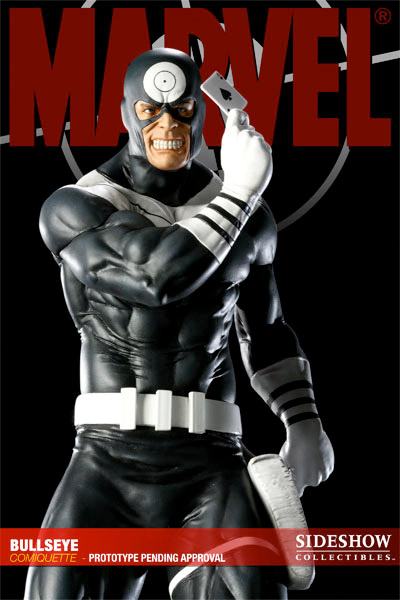 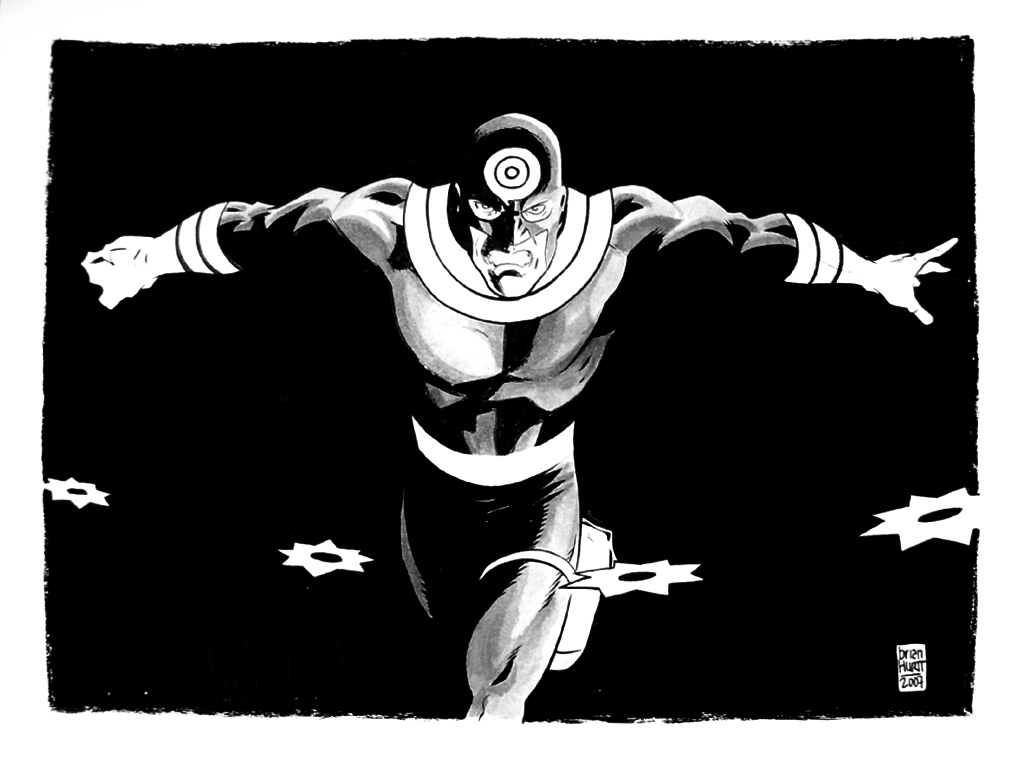 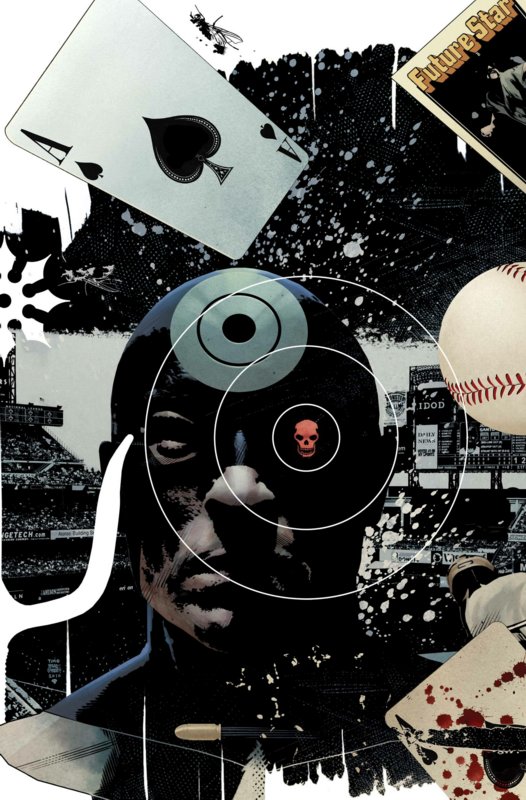 Lester carries himself with a sense of pride and self-accomplishment. He, unlike most quinces, he doesn't wear the traditional Quincy garb, mainly due to his refusal to accept being part of a race that died to the Shinigami. This seems to root from his intense hatred of the Shinigami, calling them "self-righteous, nosy dogs that do nothing but follow orders."

Individually speaking, Lester is often very calm and level-headed. He can take any form of information, despite how insulting or disappointing it may be. He shows a uniqueness about this, as he is seen to quickly lose his temper, but can easily and almost instantaneously regain his serious composure. During battle, he tends to separate all forms of existence except for himself, his opponent(s), and his surroundings. Lester has a fondness for the use of lethal force, he will almost always do what ever he can to turn a spar session into a "fight for their lives", he believes strongly in sparing with real weapons instead of fake wooden ones .

Lester seems to take after the man he hates the most, his father. He is a cold hearted man , and speaks in a very typical Brooklyn accent. In battle he remains stoic, always observant, though beneath this veil, lies a soul of arrogance incarnate. Even with his cold facade he exudes an aura of confidence with his mere presence. When he faces an opponent, there has never been any doubt, only an indomintable resolve that will never allow him to lose against an opponent. Though unlike his father seems to find a particular thrill in battle, relishing the feelings of supremacy that it gives him whenever he completely dominates his opponents.

- Dislikes:His Father[so he killed him], Shinigamis, Any one who gets in his way

- Human Skills:
Martial Artist: Lester is proficient in many martial arts disciplines and is extremely talented in the use of edged weapons and conventional firearms. Often, his outspoken attitude during combat about using his abilities seems to have become one of his favorite weapons - intimidation. As such, he believes that his attention in the media grants him more effectiveness in combat with a near flawless reputation, rather than an assassin who often uses fear of the unknown.

Skilled Acrobat: He is a skilled acrobat capable of performing many difficult feats and matching the feats of the finest human acrobats.

Marksmanship: Lester's innate ability to throw any projectile with great unerring accuracy and deadliness borders on the uncanny. His uncanny ability to use virtually any common object as a lethal projectile actually makes him more dangerous than many other quinces, can accomplish many feats with thrown projectiles. He has once lacerated a person's throat with a thrown playing card, spit his own tooth through a human skull, tossed a paper airplane to a distant rooftop, and killed a person with a toothpick thrown through a window. He is also a dangerous sharpshooter.

Assassination skills: He knows every pressure point and vulnerable spot on the human body and is able to turn virtually any object into a deadly weapon capable of incapacitating or killing an enemy. Lester is a deadly assassin

Metal Bones: Lester has had strips of Tungsten fused to his skeleton and spine, making his bones virtually indestructible

Speed: Lester is capable of running and moving at speeds that are beyond the natural physical limits of the finest human athlete.Lester has showed to be fast enough to catch up to an accelerating car while on foot.

Hand-Eye Coordination: As a result of his naturally perfect athletic gift for hand-eye coordination, Lester can quickly learn how to wield most weapons even if he's never seen them before. Aside from throwing projectiles, he is also skilled with knives, swords, and other weapons.

- Quincy Items:
Hollow Bait: This item is a small, coin-shaped disk that attracts Hollows when crushed.

Gintō: A capsule-shaped tool used by Quincies to store their spiritual energy.It is an antiquated tool, but the use of it allows Quincies to perform certain techniques. More Info Shall be in Tech's.

Seele Schneider: The Seele Schneider is a thin sword that can be fired similarly to an arrow. It's much longer than a standard arrow and functions something like a chainsaw: the reishi of its blade vibrate at ultra-high frequencies, loosening the molecular bonds between any spirit matter it cuts so that the Quincy user may easily absorb the freed reishi. Uryū also stated that using it increased his spiritual power - Quincy Techniques:
Ransōtengai: This is a high level technique that allows the user to control their body parts using strings of spirit energy controlled by their brain, forming lines or strings out of countless reishi. By using this technique, the user can control their body as one would a puppet, allowing them to move freely despite paralysis, broken limbs, or any other force that would impede normal movement. It was originally created to allow elderly Quincy to fight effectively.

Quincy: Letzt Stil: is the last resort for a Quincy reached after removing the Sanrei Glove. It gives the user a tremendous amount of power, but at the price of loss of their powers upon its completion.

Hirenkyaku: An advanced Quincy moving technique. It allows for high speed movements by riding on the flow of reishi created below the user's feet. To perform the technique, the user gathers spiritual particles under their feet and rides them to the desired location. Like the air-walking skill displayed by most Arrancar and Shinigami, it can also be used to hover or fly for long distances.

Heizen (聖噬 [ハイゼン], haizen; German for "Heating", Japanese for "Sacred Bite") Heizen instantly gouges and purges whatever is enclosed in the space within the four tossed gintōs. It is tremendously effective even against Menos Grandes. This technique creates a transparent, rectangular beam of energy from the silver tubes which then slices through the opponent. It is activated by the command: "Feel the wrath of battle and accept this sacred chalice - Heizen!"(大気の戦陣を杯に受けよ)

Gritz (五架縛 [グリツ], gurittsu; Japanese for "Five Rack Ties") A film of Reishi emitted from a thrown Ginto surrounds the enemy. This technique forms a man-sized pentagonal Quincy cross which envelops its target. It is activated by the command: "A silver rod strikes the five-fingered stone bed - Gritz!" (銀鞭下りて五手石床に堕つ)

Wolke (緑杯 [ヴォルコル], vorukōru; German for "Cloud", Japanese for "Green Cup") Cushioning the impact of a fall with Reiryoku contained inside a Ginto. This technique uses a silver tube to create a large blast. It is activated by the command: "Tilt the goblet to the west - Wolke!" (盃よ西方に傾け)

Sprenger (破芒陣 [シュプレンガ], shupurenga; German for "Explosion", Japanese for "Ripping Grass Formation") This technique uses five Seele Schneiders to create a pentagon-shaped seal which, when activated, causes a massive explosion within its borders. When an object or a person stands within the middle of the Pentagon the placement of the fifth Seele Schneider can trap them by wrapping and binding their legs to the ground with dense reishi. The Seele Schneiders function as accumulators, gathering the necessary amount of reishi to create the explosion. The liquid inside a silver tube acts as the trigger. The preparations for the technique combined with the charging time for the Seele Schneiders make its use in battle impractical unless the user has a partner that can stall to buy time, or has enough strength to create the formation while under attack. 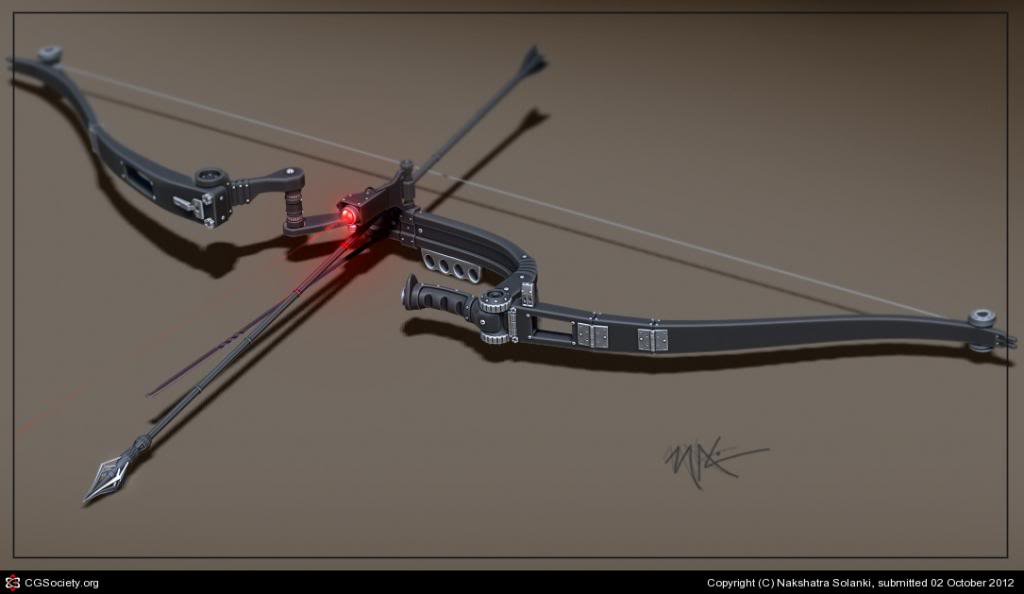 - Background: A mercenary of mystery, nothing was really known about the man called Lester, The only thing about his past that is known is that he comes from a family of Quincies. Once, he was captured and interrogated in a highly secured U.S. prison, and he related many details about his early life, such as the time his brother set fire to their home in an attempt to kill their father. However, much of this information is suspect, as Lester then escaped, taunting his interrogators that much of what he said was false -- especially the fact that it was not his brother who set fire to the house, it was himself. Lester proceeded to set fire to the prison, where his father was also held, and he left his father to die once more.

Before his mercenary career, it’s been suggested that Lester tried his formidable throwing skills to become a Major League baseball player, but he was too selfish and sadistic. After only three games. According to Lester himself, he grew bored and annoyed whilst pitching a no-hitter and for the last pitch of the game he threw the ball at the batter, killing him. Instead, Lester found his true calling as a special operative of the United States National Security Agency, then soon after as a freelance assassin-- a perfect career for someone who got so much pleasure from the killing of his enemies.

He created his signature modus operandi of using thrown weapons during one of his first outings as a soldier -- a guerrilla fighter got the drop on him and Lester’s weapon failed to shoot. He threw the gun instead, killing his assailant with his bayonet.Lester first came to notoriety with a series of extortion attempts and murder in New York City, publicizing his antics by agreeing to an interview with The New York Times.
_________________________________

- Archery: (Uses of Bow and Arrow, primarily replaces Weapon Skill whenever using the bow, crossbow or gunnery)
- Hirenkyaku: (Similar to the Shinigami's flash step, but you are able to make a platform to take you any which way, providing it is not a solid obstruction)
- Reishi Absorption and Manipulation: (Quincy has the ability to gather spiritual energy and use them for their attacks)
- Tool Usages: (Using things like Ginto and Seele Schneider)

- Tsuineda Technique: (How well you can use the Twin Bow, it replaces Archery and Weapon Skill)
- Kaunta-Atakku: (How powerful is your counter attack)
- Sukai-Kataki (How many arrows you can fire at once)
- Jeet Kun Do: (How well you can fight in close quarter combat)
Click here for detailed explanation of the Tsuineda's abilities.

As I hear it, you were relieved from your duty of checking applications last Sunday, Elendril. From now on, you are not to check ANY applications on the forum. Doing so again will result in a consequence, possibly being a short ban. If you're to argue and make a mess out of things, there will be a consequence as well.

However; since this app is well done by Hiro, the approval will still go through being approved again by me. 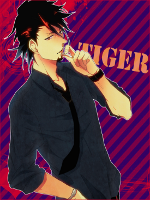 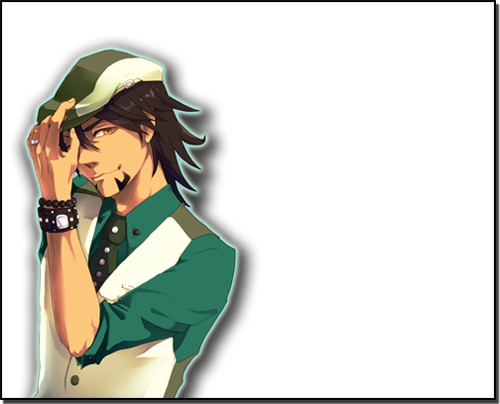 Moving this to archives!
Simply post in this topic here, in order to come out of archives~!