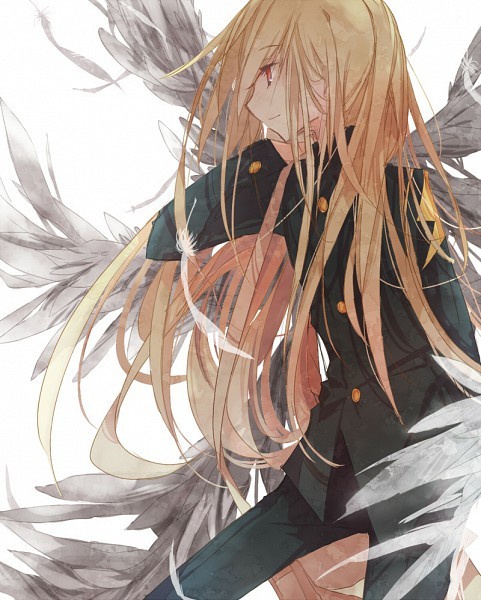 Amongst the crowds that roamed over the streets of Karakura loomed a young man,his role here? Nothing more than an observer.His identity was a secret, yet no one would dear question who or what is he for he didn't exist.He had shifted about constantly and remained hidden as just an "average citizen" living the mundane.Thinking about it now he had always wandered why everything remained so normal though he lived in a bubble as regards to protection against a threat that has managed to breach this "Safe heaven". Looking over himself the back to buildings that stretched up reaching towards the night sky he noticed a sudden change within the wind.

What was once calm winds became a chilling gust that sent a shivers down the young man's spine. "What's this?"He muttered before taking an unsuspected turn into a dark alley way.Marching forward the chilling winds grew stronger  and lead him to deeper in what he was sure to be an ambush.His curiosity  lead him to a dead end.He was sure he was unto something and nothing changed in the wind currents.That's where he realized a massive creature, about twice the size of a buss came crashing down from above.

Without much hesitation he quickly drew for the best solution. A short black cape reaching above his hips stretched out from under the collar of his shirt.A burst of energy erupts from his feet launching him towards the falling monster and pulls his upper body back giving way for his right leg to land a successful round house.His speed was astonishing and the blown dealt sent the monster crashing into a wall,you could easily pick up the sound of bones being shattered prior to landing of course.The man fell back on his feet looking towards the monster which he could clearly observe it to be a hollow.He could pick up faint traces of three more and the one recently wounded was getting back up slowly."This is going to be interesting."

Andrew had been having a peaceful day as he continued to explore the new Karakura. Though it had been taking time for him to adapt and understand what is going on in the new world, he had been adjusting accordingly. He had been writing down notes of all the locations that he had visited day by day as the vizard hummed to himself. Eventually he had been creating a map that he could use as a reference that he could keep handy with him at all times. As he continued to walk, the vizard raised his head to the sky when he felt the all too familiar presence of hollows nearby. Applying his serious face, he quickly ran to the location of the hollow when he had heard what sounded was a loud crashing sound. Quickly heading to the alley, he saw the hollow facing down from what he could gather was a human at first. As he watched the hollow stagger to its feet, he quickly unsheathed his zanpaktou while giving a sharp whistle and letting his reiatsu be known to the hollow. He wasn't sure who the person was, but his plan had been clear: he was going to give the hollow a reason to ignore him so that he would get out of there. Andrew shifted his glasses up the bridge of his nose as he gave a big smile. "Hey there hollow, I hope you don't mind if you like to have a little dance with me."

He kept an eye on the hollow, folding his arms in observation to see
what would occur next.His body was thin nearly frail upon first glance
but this was only a form he adapted to fool suspicions.His heavenly aura
was displayed with grace taking an ease to disperse it.Breaking the
silence as both hollow and man were locked in astare off, foot steps
were heard coming from one of the many alleyways.Foot steps grew louder
as it approached, both were distracted by this new presence and were
curious to see as to what would appear.

It was a man, no doubt a
shinigami for the man's spiritual pressure was just a like to those he
had met in his past.He had foolishly charged in no doubt thinking that
you are a human and did it so to attract attention."Why officer? here already?"Afuro
said melodiously while smiling.By now he had realized that the other
three were just about to converge as he threw up his right hand forming a
sphere of purple energy above the palm of his hand and throwing it to
the ground forming a rather thick smoke screen that covered the area
within an instant.

By now the Hollows would converge into the dense smoke
screen, no longer aiming towards Afuro for he had leaped upwards getting at above 35 feet into the air and away from the scene."Good luck Shinigami"he
said laughing.Just before Afuro had a chance to escape, a hollow had
appeared behind him, no doubt was their a 5th hollow including the one
counted that Afuro had recently wound.To his knowledge, the hollows had
planned for such an event and had an extra waiting in safe measures."Tricky bastards, guess I really do have to put you in your place."he
said landing on the edge of a roof top before he be grabbed in mid
air.Turning around before supplying his leg with enough energy needed
and slamming his foot into the chest of the Hollow watching his leg
skewer the hollow.It had created an awfully shriek before being thrown
up, along with Afuro leaping above,extending his left foot over head
andslamming into the hollow sending it hurdling towards the smoke screen
where a loud crash could be heard.

And he is gone, looks like he played you pretty badly. Time to go to work.

As the hollows began to surround the vizard as steam shot out of his zanpaktou. As he gripped the hilt of his blade, the rust colored spice began to build up again. He knew not to strike yet as he grabbed a handful from the closest grooves of his blade and put it into a pouch as the hollows circled around him. As they howled in unison, the group charged right at him and as the creatures came close to him, Andrew slammed the blade into the ground, making a cloud of spice explode much like the smoke bomb before. However, this cloud was much more dangerous. The hollows began to scream in pain as exposed skin began to receive spice burns while others began to gasp, wheeze, and tear up as the spice infiltrated down when it is breathed deeply while trying to see through the cloud. Deep in the chaos though Andrew had a big smile on his face. It was time for him to cause a little bit of havoc. Spinning his blade to point at the hollows, the vizard began his handiwork on the larger creatures by striking at the legs to force them down on the ground to slice through each mask in succession as the spice died down.

Eventually he had been the only one left. His body now mixed with a combination of the blood of his enemies with the last traces of spice that remain stuck to his clothes. As he looked down at his clothing, he then looked at the person again with a narrowed gaze. "You have any idea how hard it is to find clothes my size?" Though he had been miffed about having to find another big and tall store once again, he still was confused about this particular person. He did have power, and he did know about the shinigami. But the question was how much did he truly know? He had called him a shinigami, so he wondered if he noticed that he had some hollow inside of him? But even then was he playing a game? He seemed to be much more deceptive since it almost seemed like he wanted to put him into an ambush. Was he trying to put unsuspecting shinigami into a booby trap? In either case he kept the grip on the hilt of his zanpaktou tight as he tried to figure out the story of this man. 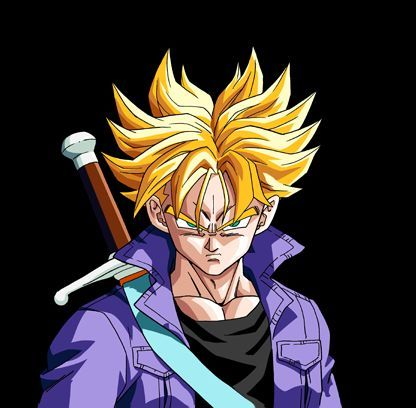 Len was blinking, looking into the alleyway. Not only that but the wind has… changed, as well… huh… how am I noticing that…? He wondered to himself, his thin form shivering. He saw the two men in the alleyway, blinking to himself. He saw a strange sight indeed. Four… monsters…? Arrancar…? Was the only thing he could think about them; he'd never seen a hollow before, but he'd seen plenty of arrancar. And he knew that they generally weren't very nice. He raised his hands to either side, before gripping his fists tight and bringing his arms down.

As he did so, a bright gold aura completely surrounded his body, and his yellow-golden hair, stood completely on end. Len's smile was quite wide, his denim jacket over his black undershirt and baggy black pants surrounded by a translucent field of gold, as the ground underneath him cracked. He watched as one of the two gathered men created a smokescreen, pressing down a single foot on the ground. With a his aura suddenly swelling, he shot out, going right for the hollow he had just seen smashed into the smokescreen.

He reached on his back, feeling the hilt of Freddie, his most potent blade. He gripped the blade tightly as with a cry he found the hollow, cutting down once with the blade. However, this wasn't the last time that his blade hit the hollow as he cut again and again, not sure what it took to kill these things, as at last his blade hit the thing's mask. The mask sliced cleanly in half before the tripling power and speed of Freddie; it was truly a sword with little equal.

However, Len could merely reach his hand back, slashing off the blood as he slid the blade smoothly back into his hilt, as he began to see the smokescreen diminish. Well… looks like it's over… He looked around him, seeing the other two men; he was still in Gold Form, although that was soon changed as his hair fell back down into its normal position.

"Erm… Nice to meet you two; my name is Moryukuna Len; no last name. I saw you guys looked like you were having a bit of trouble, so I decided I'd pitch in. ...I do have to ask; just what WERE those things?" And as he said this, the completion of his earlier thought came to him.

... have to stop these darn, unpredictable walks…


[/left]WILL HIS POTENTIAL CONTINUE TO UNLOCK?