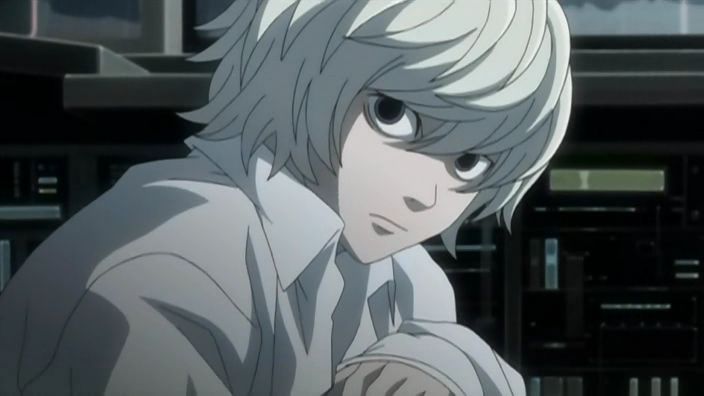 » Appearance Description: His eyes of black often lack much emotion, short white hair falls upon the boys head. His action's don't quite resemble those of a boy, more of a man who'd lived far longer. His body looks to be in moderately good shape, his calm expression is sometimes broken, though rarely. 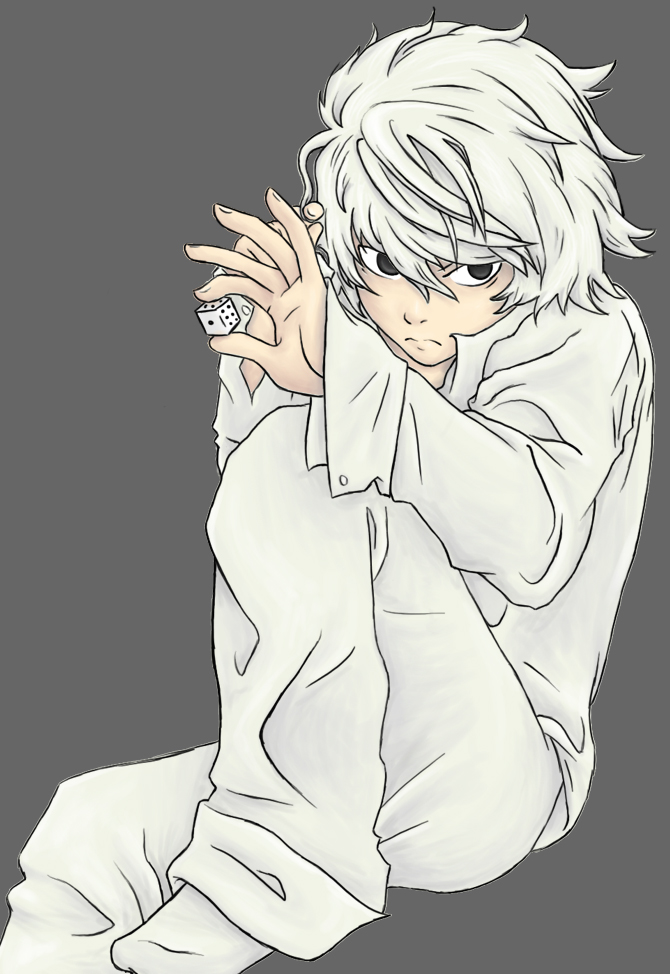 Empty: His almost empty look about him seems to indicate that the boy shows little to no care about things, though this isn't true. It just appears like he is cold and empty from deep personal wounds, it's unknown what caused these rifts in his life. But he does sometimes seem cold and unforgiving to enemies, showing no mercy and taking a tad bit of pleasure in killing them.

Philosophical: Everything he see's from the smallest pebble to the largest rock has a meaning and a light to him, he looks them over with such care and often this trait causes him to evaluate the enemies more often then others, it's more to show his name of coming up with a Philosophy.

Right and Wrong: His beliefs are a tad different from the law, he believes every man or woman has a right to claim certain things and well if a war be it. It's their grave, but if asked to do something by his fellow Colonel no issue will become known there.

Constant Motion: Perhaps part of his child like behavior to fit the image, he always keeps something moving, be it his hand or his body. He doesn't like sitting in one place for to long, even during strict meditation his hand is seen playing with a dice as a form of comfort. This trait makes him a tad different from others, but he seems to care very little. 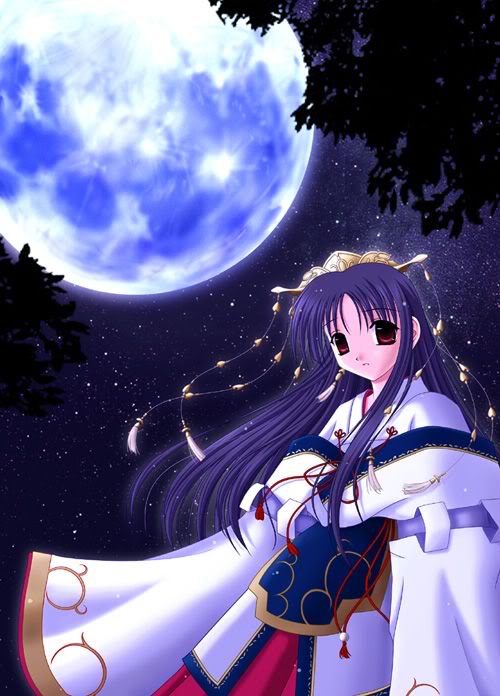 » Zanpakutō Spirit Personality: Similar to her wielder, she is calm and yet far more excitable and likes the moon. The only time the sword is seen to be in her happiest moments is during the day, during the night her mind seems to change as though becoming a more serious creature. This is simply as Ryu calls it her mood swings, he himself prefers the nighttime over the day and often is seen sleeping in his office without much care. At night it's on a roof to look at the moon and stars with Shizukesa.

» Inner World: A tranquil scene of a cherry blossom tree sitting under a night sky, the moon reflecting upon a lake as the water has a couple petals circling around the liquid in several shapes of the marks that his Zanpakutō is known for. The tree is often seen with the young maiden wearing a dress, the Moon spirit of his Zanpakutos true form. She sits under it gazes up at the moon almost unaware of his prescience.

Sealed Zanpakutō Appearance: It's wrapped a white cloth around the hilt, the blade as a crescent guard on the hilt, similar to a moon. It's worn over the shoulder like some other zanpakutos, making it longer in the form of a nodachi.

» Release Phrase: Burn it away Shizukesa

» Shikai Appearance: White flames emerge on all sides of the sword slowly wrapping around those and moving further when pointed towards someone, the blade has shortened slightly to a katana that is more easy for him to wield. The white flames are massive and large enough he is able to coat small spaces with them.

Yasuraka Recca: Translated to the Tranquil flames the power of this move allows him to extend his white flames around comrades and protect them, giving them healing and protection for a time. This power can heal very rapidly, it takes him little time to treat wounds when using his shikai. This does drain him as all moves do a shinigami, but the amount drained depends highly on the injury. Lethal injuries will take a while longer and may require alot more energy to use. Non lethal injuries will require little effort and energy put forth.

Shukusei Recca: The purging flame, this is a move only used for fighting and it's rarely used as Ryu believes strictly in defending, however this flame is dangerous as he will use it with Yasuraka and protect those in the midst of healing, it's said that the flame rejects the evil thoughts of murdering a defenseless opponent.

» Bankai Appearance: Little change is seen in the form of his bankai however the flames ignite and grow larger and fill more and more areas, the flames seem to grow and become higher. These flames of white judge the evil of this world and banish it by fire.

» Bankai Abilities: His bankai is able to create more vast flames and lock people inside the flames of Yasuraka Recca in larger area, making two to three people be placed inside if not more. The zone is well protected by the flames. This is however a normal move that he can use simply by moving his wrist.

Land of the Holy Flames: This move is a final move that is used only for moving a large group perhaps more into a sphere of white fire, where the inside is similar to his inner world. Creating a lovely and tranquil zone for people to rest easy and recover from battle, restoring both spiritual energy and body in a few moments. This healing power is reserved for simply healing the friendly units he can in short amount of time, this move is used primarily for the battle field.

Land of Judgment: A move designed to trap his enemy inside white purging flames, these flames will burn and hold the enemy in place while he performs his duties, it's better to await for the white flames to vanish or be removed. For those foolish enough to attack will be met with similar in return. 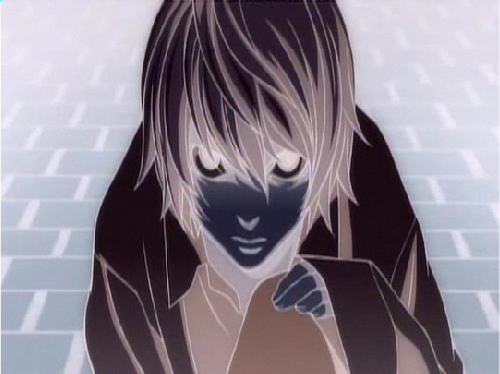 » Inner Hollow Personality: Though a bit colder, he and Ryu share similar personalities and only disagree that Ryu's combat skills are important for the fighting as much as his healing are. So the Inner Hollow has often made his vocalization in the early days about the fact that Ryu's powers of combat should be used just as much as his healing and the struggle was something.

» Inner Hollow Powers: His Inner hollow has shown the power over the black flames, which are considered a dangerous weapon from some cultures. He believes that they are simply blasphemy for a healer to use. Under and circumstance and only uses them in dire situations. The hollow has shown a high regeneration rate along side the black flames it uses, the fox is just a creature that comes in both ways as it's wielder does. 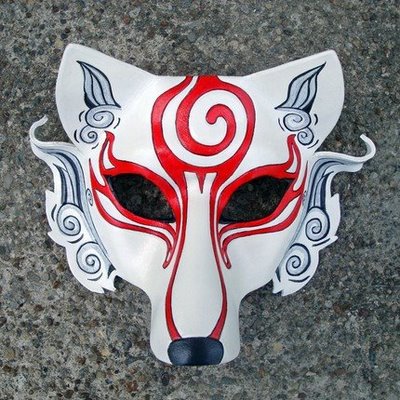 » Vizard Powers: His inner Hollow grants him access to the black flames that his inner hollow uses, these flames do not go out easily under any circumstances. He can use them for small amounts of devastation, but often avoids using them for the power of them is something he considers blasphemy for a healer.

His other power that is more common place for him to use is High-Soeed regeneration, the other power as one he doesn't like he tries to avoid using it as though simply something that he will not accept, this power lets him regenerate fairly quickly, however this by no mean instant and will take time.

» Resurrección Appearance: (What does your character look like when they transform into their Resurrección state?

» Resurrección Abilities: (When a character ascends to this state, they at their peak power. As such, you will need to post at least 5 paragraph's describing their powers.)

» Background: His life in the human world was short, one of the very many in his city that died of a murderer's rise. He didn't have a name given to him, he wasn't some amazing guy who'd just happened to make it. He'd scored with an I.Q two times over the highest. But that wasn't something that made any difference for his life as a human being. It simply was a dead existence that ended soon as it had begun.

Born into the bloody area of Zaraki, he wasn't really one for fighting having shown some promising skills of combat he was soon on his way to the Academy. From help that came from friends that he'd made and treated, his medical skills were highly valued in the district he was placed in. He desired to become the greatest of all medical healers and showed great skills in this art. His promise was up and coming till it happened, he'd been doing well in the academy. His name was soon removed from the records as he soon was having problems. Pain and urges of black outs that began to plague him.

He'd not had the natural help that others did, thanks to his mind and calculating nature he'd noticed it before it became to much of an issue. Devouring his hollow on the 9th day of it's arrival, this was a long process though. He''d had help from friends who no longer live now, they'd died in the attempt of stopping him, it hadn't been to close or anything it was just his hollow and he had a long fight and conversation. As both weren't combative or particularly caring about things.

Soon after this and he'd gained more control over it, learning and bypassing time studying abroad, he began to ponder. What he could do with what he'd learned, he was young yet and understood more knowledge would find him. But he was a medical one who was indeed great, so this lead him to his next adventure.

» Role Play Sample: (This is to test where your level of role playing is at. Please paste or create an example how you role play if this is your first app on the site. If this is not your first APPROVED app, then please remove this section of the app.)

> there WAS no Update.

Popped back to approved. xD

[mod]This character is being moved on over to inactive. The author of the character has not posted since the 30th of September, and by rules, the character must be moved and a notification must be left. I really hope that you're doing alright and okay, and we all hope that you can come back soon! To bring your character back, just leave staff a message here! https://www.platinumhearts.net/t9712-the-staff-request-thread-for-moves-archives-locking-or-whatever-else-you-need-staff-for[/mod]
__________________