Not moving at all, Urufu allowed for the flaming fists to strike him. Chunks of his rotten flesh began burning on his body, causing him to grin sadistically, his cold, glazed eyes penetrating into Nojs'. Spinning quickly, his blade suddenly became much longer, around five feet. Spinning many, many times, his cape whipped around his form like a whirlwind, the fire being put out quite quickly. He didn't burn much, but would need to get a new body soon now. That wouldn't be too much of a problem, especially because he could reshape the body however he felt like it.

The shark exploded. Well, that was too bad. His spirit thread disappeared as he continued to spin, before chords began to spread from his spinning form. If even one touched Noj, it was over.

Noj quickly backed away from his opponent. "Looks like you're not as invincible as you appear to be...." Noj smiked from under his armor. "Now....time to show you a technique that not even Jon can handle with this Zanpaku-to....." Noj began to generate fire once again, this time forming it into the shape of a creature. When it was fully formed it appeared as such. 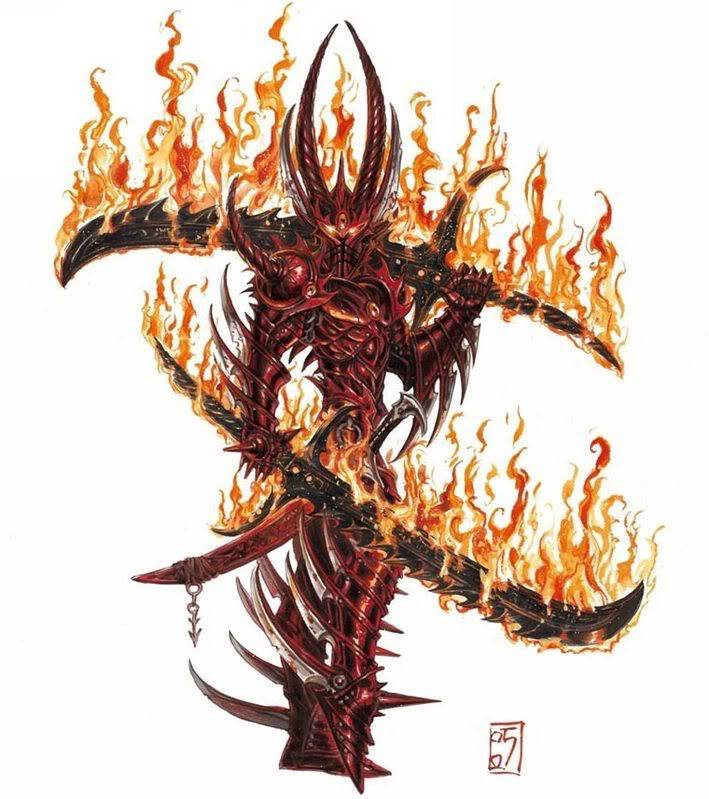 "This," Noj said, "is Balor, Master of the Flame. Only I can summon him, because Jon doesn't have enough power to maintain him...." Noj's grin widened. "I only summon him if I really wanna kill someone.....and right now. I want to kill you. And don't bother trying to put out his flames either. He's solid, unlike my attacks. Now then... Balor, Moetatsu....ken Shou!" Which was the command for Burn to Ashes and Destroy. Balor only understood Japanese and even then would only obey those who had enough power to keep him tethered and contained. Noj laughed as Balor charged his opponent, while Balor engulfed his blades in flames and slashe at his master's enemy continually.

As the fire soaked blades slashed through Urufu's chest, he began laughing hysterically. Returning to normal out of his genocide mode, he sent a blast of reiatsu from his wounds to push the demon back and stop the fire. Holding his blade high above his head, he spun quickly into a low crouch, extending the staff and striking the demon directly in the chest. Pushing his blade through it, he closed his eyes and left that body behind. Flowing through the staff, his spirit entered Balor's body.

Blinking a few times, Balor turned to stare at Noj. No, not Balor. Urufu. As his old corpse disintigrated rapidly without reiatsu to keep it stable. Even the staff that was in his chest was gone. Raising a flaming hand, the body of solidified fire that was Balor began to shift and change, until it resembled Urufu before his transformation slightly. Raising his hand, a small black fire appeared at the end of each finger. Suddenly, his entire body became encased in black fire.

"This is my new form, thanks to you. This is my Demon Knight Form." He explained, as the fire disappeared to reveal his new body. It was drastically different then his Bokor form, but still held a familiar air to it. "You lose." He grinned, as balls of reiatsu formed around Urufu and began to float in a circle around him. Grabbing one, it instantly transformed into Balor's swords, Arming Urufu.

Jumping forward, he slashed and hacked at Noj with a speed he didn't know before. Now it was personal. 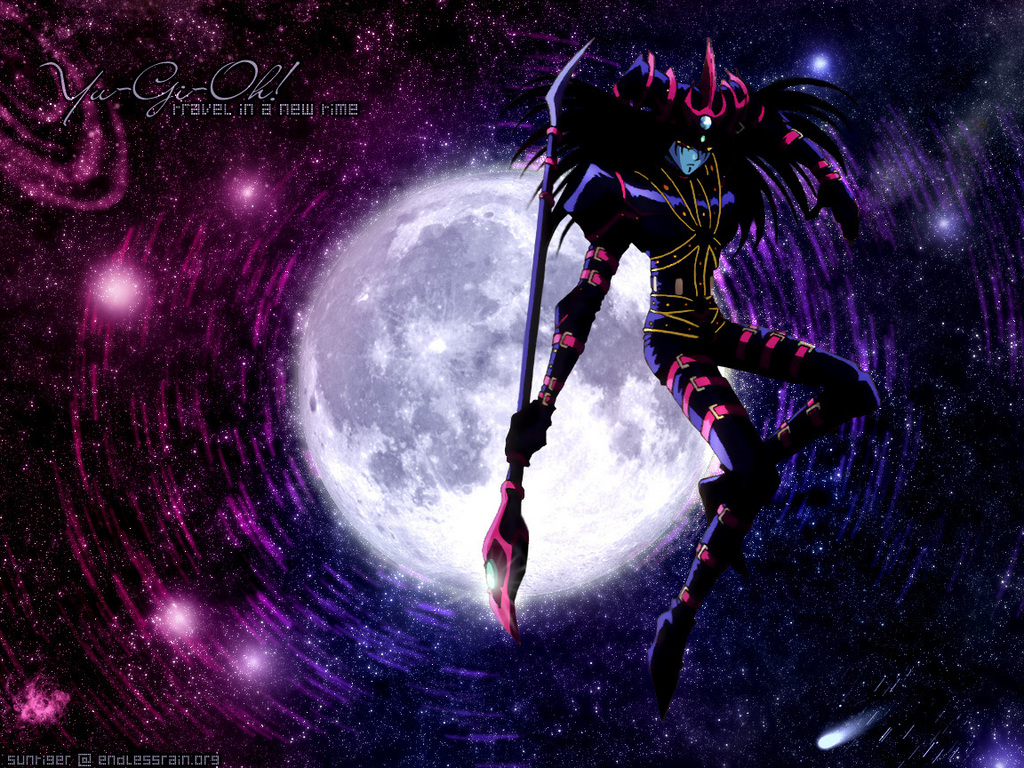 Noj dodged each attack the best he could, some of them hitting with his armor and actually causing dents. "Heh! Why are you attacking me?! I gave you that form didn't I!? You should be thanking me!" Noj jumped back to avoid any other attacks that his opponent may deliver. Noj smirked and began charging a cero. Then....Ryuho recoiled....and dropped to the ground in it's dagger form.

"Wh-what the--!?" Noj's free hand grabbed at his mask. "JON! LET GO! LET GO!" I WON'T LET YOU TAKE MY BODY! I WON'T LET YOU NOJ! NOT YOU, NOT THIS PUPPET FREAK! NO ONE! Noj began shooting cero's randomly screaming, "LET GO DAMN YOU!" at the top of his lungs. The mask cracked and then broke off of Jon's face with a deathly scream from Noj. "I....won't....let.....you....." Jon, now in control, passed out and dropped to the ground, grabbing Ryuho before he lost complete consiousness. He was thinking 'I can still win...' but apparently he couldn't.....

Nearly as soon as Jon dropped, Urufu transformed back into his human corpse form. He still retained it, having manipulated Balor's body completely into human flesh with his own reiatsu. Dropping to his feet and landing deftly on his toes, he lifted Jon into the air. [b]"I guess I don't need your body anymore, kid. You did give me what I needed, and I thank you. I'll bring you home..." He told the unconscious boy, a Garganta forming in front of him. Stepping through it, he appeared in the human world. Sighing, he knew what he was about to do would be immoral, but he was going to do it anyway. Sliding a puppet string into the back of his neck, he absorbed a few crucial memories, such as where he lived.

Walking through the air to his home on black reishi platforms, he arrived at Jon's home. Entering the domain, he laid him gently on his bed, himself taking a seat in the corner. He needed no sleep. His heart did not beat, his stomach did not growl, his eyelids did not fall. Instead, he waited. He waited for Jon to wake up, so he could thank him properly.

After a few hours, Jon finally awoke with a start. He was in his house, but how'd he get there? He looked around the room and noticed someone sitting in the corner of his room. Noj had been awfully quiet lately. Jon wondered why. But, to the matter at hand. "Alright, who are you and what are you doing here!?"

Do you now understand the difference between you two?Heh....guess I've got no choice but to accept him as 'King' for now.....Watch your tongue when you speak about him! That boy has unimaginable potential hidden inside him....Yeah....the potential to get his ass kicked!At this Ryuho's response was a clawed hand to the throat.You shall see, foolish Hollow,he said as Noj began to fade into him,that in time....he will become strong....Pfft....whatever.....Noj had become part of Ryuho once more.

Noticing he was awake, Urufu snapped himself out of a day dream involving being able to taste things again he missed cherry pie) and pushed himself off of the chair he was in. Sliding across the floor, he calmly inspected Jon. "You seem to be in good condition....alright then. My name is Urufu Tatsumaki, and I'm the one who just beat the shit out of you." He explained calmly, inspecting his body once more for wounds he didn't see the first time.

"I've been doing some thinking, Jon.." He began, putting two and two together that Noj was his inner hollow. Noj backwards was Jon, it was quite obvious. "You have potential... If you had a teacher, you might make a fine Vizard some day." His voice was oddly low, especially when his vocal chords didn't actually work. He had to move them manually with his signature puppetry skills.

"So let's cut right to the chase... Will you be my apprentice?"

Jon leaped out of the bed and drew Ryuho. "HOW CAN YOU JUST COME IN HERE, SAY YOU BEAT MY ASS AND EXPECT ME TO SAY YES TO THAT!?" Jon's fury was clear in his voice. The look in Jon's eyes also suggested hatred. Jon felt a slight twinge in his right shoulder. This caused him to drop Ryuho and clutch his shoulder as he fell to the floor.

"My arm!" Jon took off his trenchcoat to inspect his wound. It was deep. Originally it was cauterized by Balor/Urufu's Flames but Jon's sudden movement had reopened it. "Dammit...." he whispered through gritted teeth. Jon's breathing had become a bit shallower. He didn't need to inspect himself, but he could tell that he had reopened multiple wounds. "Sunnavabitch...." Jon reached into his desk drawer for the gauze and began bandaging his wounds as best he could.

Nodding grimly, Urufu turned to leave. "Fair enough then. Just allow me to present you with this." He said calmly, pointing his hand towards Jon. Instantly, spirit threads shot from his fingers and attached themselves to Jon. Focusing intensely, Jon's wounds began to stitch themselves up using his own cells. This was a permanent fix. Thank you, Kokushibyou~

"You should be fine now. Next time, when a figure comes swooping down in between two garganta... don't let them catch you" He smirked, as a platform of black reishi formed under his feet. Floating the air gently, he hovered around the room. Opening the window with a push of his reiatsu, he crouched low and began to float towards it.

"Good luck with that potential, boy..." He said, the harsh moonlight reflecting off of his cold, glassy eyes.

"WAIT!" Jon said, amazed by this man's ablity. "Could.....could you teach me to control him....? My hollow, I mean....?" Jon had had experiences in the past where he couldn't control his hollow and it cost him some friends....as well as a lover......Jon wondered if this man could be the one to put his inner hollow to rest once and for all.

"Please, stay! Forgive my previous statement....I spoke out in anger. It's not everyday someone openly admits they kicked your ass hardcore...." Jon got into as deep a bow as he could. "Please....if only to learn to control my Hollow, train me...."