Cats of Prey (Open to all) 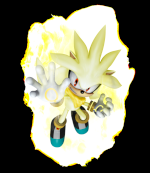 Cats of Prey (Open to all)

Letting out a low yawn, Silver rested his tired head against his chin as if to go to sleep. It was the worst class of the day in his opinion, so he often slept through it. However, this time he decided to try something a little different. What would happen if he missed a day? The teacher would obviously notice him sleeping, but would he also notice him gone or even care? Silver decided that he probably wouldn't.

Waiting until the teacher turned his back, Silver would use Geppo to make a dash for the window. The teacher obviously noticed him, but kept teaching as Silver opened the window and climbed out. Landing on the grass, Silver breathed in the sweet air of freedom before running as far away from school as he could. He didn't stop until he was in the safety of a store buying ice cream. "Why didn't I think of this years ago," Silver said as he walked outside with two plain vanilla cones.

Giving one to his hedgehog, Yuki, they both sat on top of a building and ate as they watched the walking people below. Despite the fact that it was still early, there were actually a lot of people walking the streets. Maybe one of the big corporations was giving people a day off. Shrugging at the thought, Silver kept licking his ice cream, leaning back so he could watch the clouds. Yuki didn't do it because she didn't like being on her back.

So the two of them were just staring at the clouds and eating ice cream while all the other were getting bored out of there minds with school work. This greatly amused Silver. Unfortunately, this amusement wouldn't last long. It was while Silver was pointing out clouds in the sky that he noticed it. He didn't know why, but it looked like one of the clouds was moving.

That's when he realized that it wasn't a cloud, but a ufo. "Aliens!" Silver shouted, jumping up immediately. "They've come for us. Every man for themselves!" He was of course kidding, but he did notice something dropping from the sky. As he looked at it, he began to make out a silhouette. He was about to say something when the silhouette suddenly picked up speed and fell on top of him.

"What the hell!" the silhouette said on top of Silver. Looking up, Silver realized that the silhouette was actually that of what looked like a human. However, he was dark black and had...pointed ears. It was a cat! A humanoid cat...and he wasn't alone. Moments later, other silhouettes began to drop from the sky and take the form of cats. For some reason, they were all either muscular or busty, which was strange in Silver's opinion. Then again, cats falling from the sky was also strange.

Throwing the cat off himself, Silver would see it fall off the building. However, at that moment, it suddenly sprouted wings...litteraly. White angel-like wings suddenly sprouted from the cats back. As it looked curiously at Silver, it seemed to have a look of ferocity in its eye.

Here's what's what
Muscular and busty cats suddenly fell from the sky. The city is of course surprised by this, but noone's actually done anything yet. However, that changes when Silver pushes a cat off him and makes it angry. That's all that's happened so far. The actual war will start next. Who wants in
__________________ 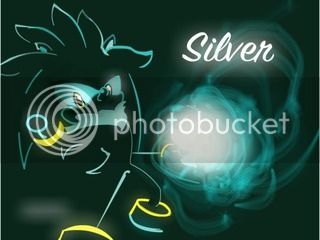 Do you fear the hedgehog?