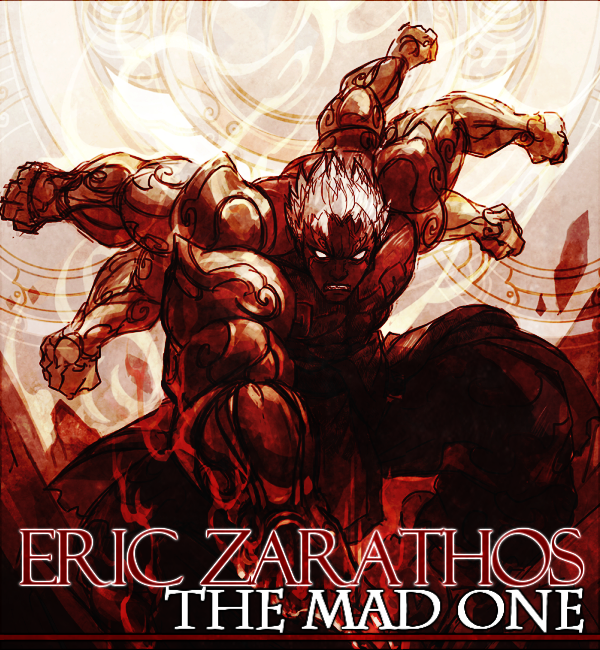 The demon needed to have a clear path this wasn't working still the mad demon didn't think that Shadowfall had his best interests after his confrontation with Hanako, Eric was having doubts about some things. The mad demon still thought evil wasn't really the tway to go for him letting this dark kanji power screw up his mind letting him forget some important things even stuff that he thought was gone for good. Another thing was his son that was in the Soul society so everything close to him wasn't really gone like his wife and daughter were killed by the very people he served long ago. In his mind, Eric did want justice but the thought of revenge was still freash in his mind but attacking the iramasha clan wasn't really a good idea. The idea of it was good within his mind but the demon didn't have the resources necessary for this jobs if he wanted to attack the iramasha clan then something needed to be done. In the past, Demons had used one weapon to rid themselves of any problem a soul destruction weapon called Judas Destroyer, Kade lost that weapon to Vohlis. The demon didn't like how Kade was using it but Kade actually relearn the attack until Hanako's mother defeated him but still he wasn't sure why they didn't want him to have such a weapon. Then the thing with the bloodstone if he had some control over it then the humans would be all turned into vampires with the dman relic and everytime the mad demon been defeated by the forces determine to stop evil in it tracks. Through Hanako's actions she was able to break down Eric Zarathos's dark persona to bring back some parts of Kade's kind hearted side something which he thought was gone forever. With the new change of heart, Eric was thinking a little bit clearer then before mostly the main thing was he wasn't using the dark influence of the dark kanji power anymore. However, Eric didn't believe the Yuudeshi clan or the Soul society would welcome him back with open arms what Hanako didn't understand some dark secrets would come out and some terrible ones. Knowing the Soul society, Eric knew they wouldn't want him talking for all the dirty works, the kills, the assassination attempts he and his clan did for them. However, Eric knew it would finally give him closure on a mental thorn tugging at his brain for all these years and closure is what the demon needed.

He does remember what happen though, Kade was coming back into Seireitei from a mission helping a wounded shinigami deal with and violent enemy. After the gate doors were closed, Kade saw chaos most of his demon friends were being murdered and he didn't know what was happening. Then the worse thing happen the thing which truly made Kade Hiroshima into Eric Zarathos that moment in time changed everything for him. Takae an old friend of the Hiroshima family was slaughtered by an shikai attack and then the worse his daughter and wife brutally attacked by an bankai blast. The impact of it was like a knife being plunged into heart but so your still alive and the people you love are dead and you can't save them, Kade was emotionally hurt. Truthfully, Kade felt the Soul society had spit in his face for all the work he did for them wiithout any failure on his part. Kade was utterly destroyed that day as dying Takae was telling him and the other demons to run which they all did but the damage was done. Still, Eric doesn't know what happen and what started it after all his long hard work for the Soul society with sometimes questioning heir methods doing all they dirty work and his family demise is how they repay him. However, Eric didn't think a one man army was going to get his revenge the vengeance that he wanted for so long no justice might be the other answer to it.

"I would just love to burn them all with Judas Destroyer my fallen power the thought of their souls turning into nothingness...but that wouldn't help my pain...hmmmmm what is this?????" He said.

The mad demon was looking through some demonic crystal ball seeing some idiot human robbing a store in a batman costume this was weird. The robber was robbing people and children coming back from Karakura High school noe Eric thought this wasn't up his alley and really the mad demon didn't care about this. Then something grabbed his attention some demon kids in their shifted state were being attacked by the batman robber, Eric started cracking his knuckles. The one he can't stand is demon children getting hurt by some human as he teleported to scene of the crime to a nearby alley. He waited for this Batman to run near him as demon waited thiking this was stupid was should he play the good guy again after what the soul society did to him. Yet that was his evil persona, Eric didn't want that anymore really he wanted to start a new life for himself again and maybe gaining respect was the way to go for now. Batman robber was coming and the mad demon tackles him to the ground as the robber started shooting at him making the mad demon angry yelling curse words at him while punching him hard. People started calling the cops but what were they going to say to them some demon was beating the hell out of...Batman to most people they would think this is a prank. Eric started fighting with the robber gaining the advantage real quick beating the tar outta this fool people were actually cheering this as the cyber newscrafts were filming the melee.

"Come here bitch attacking innocent bystanders like that....I'm going to knock your lights out for hurting those children" Eric said.

"Batman......BATMAN??? Shut up fucker you ain't no batman....if the real Batman shows up I'll whoop his ass too but your not batman" Eric said.

Eric thought this robber had enough after a few hard punches to the guy's face the other fact that he was unconscious after some body blows to the stomach. Eric grabbed the robber's bag returning the stuff the bystanders letting the cops do their job and started walking away still it didn't help that much with his problem but it was little bit of a start.