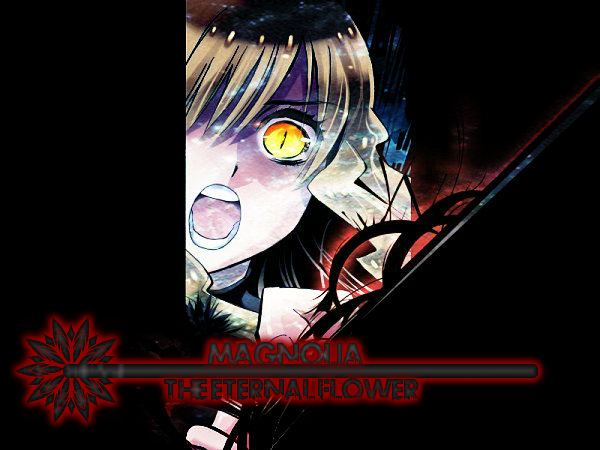 
Twilight, is the time of ending; a time when the day succumbs to the night. It mark's the passage of time, which is ever present.

A figure was standing; with golden hair blowing gently in the wind; she looked like a angel, or a figment of ones imagination. Even up here on the tippy-top of a skyscraper in sukai karakura she could not quite reach them: reach the stars. Try as the figure might, they could not quite grasp the whisper's of light; all of them. It was depressing; she wanted to grip to caress the stars, as they where just about as ever present as she found herself to be. It, was like death; she could not quite ever reach it; nor the blissful sleep it entailed. It hurt her heart. . that even the one thing . . that seemed, well as ever present as; she - was still out of reach.

The long slender alabaster hand, reached ever closer to the stars; reaching before faltering. It faltered, slowly lowering wetness running down her doll like cheeks. She had always been there, so close to them but so far away; never quite able to reach them. It upset her, it was something that she could never comprehend; never had, probably never will. By now, that single; alabaster hand had been drawn in, to her bosom- where it rested now the other crossing over it, holding each other in a tight embrace; a hard wind blowing by whipping up her black dress; making it fan out violently.

Winds normally came, and went; like her happiness. The wind, was cold; like her pain it bit into her with its fangs. It was like a viper , injecting its deadly poison into her veins; yet this was something she was oh so used too. This pain which had become: her closest companion. Though even up here , as close as she could get to the stars; why did they elude her? Why would they, leave her alone again; was it that they where each others friends? Did even, the stars have that magical bond; with another person? Even they seemed, to have a purpose and, each other in their eternity.

Even, now she felt the cold wind; it was biting into her cementing her lonely nature; she was like a flower. . . . One that would never wilt. Though it was, like a flower of sadness . . . never able to find someone. Her tears seemed to be, mixed with the odor of blood; a sign that even with her medication . .she was not completely; free of her suffering. Even now, that scarlet streak smeared its way across her snow-white features. Slowly staining her. . though she hardly noticed for she was slowly looking. . Looking away from them. Looking away from the stars; as if their brightness burned her.

Under lidded lashes, which framed her one azure; sky blue eye, and the golden one. Red brimming her eyes and spilling over; like wine from the bottle, it was the sweet bitter product of her pain. Though. . she was as her tears got picked up in the next gust, splattering the wall bloody; slowly ever so slowly lowering down, hands no longer on her bosom. They had begun to make the journey up, and over her ears . Where the delicate sculptured features of her slender fingers gripped the golden locks which adorned her hair; palms pressed over her ears.

Slowly in the moon lit night her lips parted, the melody of sadness flowing from them meaning: She was crying now, blood running down her cheeks; while . . The bands of her eternity seemed to be as cold and indifferent as ever. Her lips where parted , mouth opened wide as she sobbed; and began shouting; her golden hair covering her eyes, which sparkled red with her; bloody tiers.

WHY ,did i HAVE to be born! Why can't i ESCAPE THIS PAIN; what is the use of ME ENDURING THIS PAIN HUH!?!?! Who, WHO deserves to endure this! Who , EVER deserves a eternity like this! I WOULD HAVE BEEN BETTER, off never existing in the first place!

by now, she was shaking bloodied tears running down her cheeks, dripping from the shallow curve of her nose, where it collected like a ruby rain drop; just to get ripped and thrown by the wind sailing high above the city. . By now she had calmed down.. her voice no longer; echoing across the sukai karakura, it had diminished from : Screams to mere whispers, yet even these held pain. They held the endless pain of her immortality in them.

This question.. was not answered.. as she stared up at the sky.. and the stars. . .
and she whispered once . .

And this would be where the summarizing paragraph, would go. So look here for the general idea of things if you get lost in the complexity of a post.

A soft breeze caught the air, as his woman’s kimono blew in the breeze. Cherry blossoms began to fill it as he walked, his sakkat lowered. He kept his spiritual pressure down as low as he could manage it. His arms were crossed over his chest as he walked, well given this was pry the last trip he would be able to make here after his time as a retired Captain was complete. The young seemed to not be ready to take the helm yet, Jyushiro would pry be brought too at some point. But that was rather up to coin, he didn’t really know much about Karakura after the four hundred years. A pretty young girl was talking to herself. Shunsui simply found his seat, smiling softly. He had a cup of sake in hand, beginning to drink now. It wasn’t as though he needed the trouble from the other beings. It was something of a task being out here really. Shunsui was going to enjoy the star lit skies and some sake. He sipped from it softly, observing the female. Perhaps she would join him, beautiful women made Sake all the better after all, that was an honest fact of life.

Shunsui smiled softly, observing the stars thinking a bit about his days among the Captains. Thing’s had been so very busy in that time. Both his wakazashi and katana were easy to spot on his person. His eyes of gray-blue looked over the scene again, sipping from the sake as his drink was finished. He laid down on his back slowly, taking in the stars through his sakkat. Deciding not to bring himself into the lovely young flower’s business.

Slowly she gathered her wits about her, and looked up. It was her lively eyes which looked at the old man in the straw hat and with a pang knew who he was in the scheme of things. It was a surprise to her in the very least to see the captain here, but she was also glad to see him at the same time. Sometimes it was hard being alone in this lonely night, looking around for a hope which would more likely then not never meet the light of day.

With her crying jag over though she had straightened herself up, and made her way over to the captains side, straightening and self consciously messing with the hem of her sleeve whilst approaching in a friendly manner. Wetting her lips of course she spoke in her kind and amazingly sweet voice, which seemed like a song or melody. It was a kind of voice which would make people cry sometimes, but she had the pangs of sadness entrenched in her heart, so it was to be expected.

Anyways magnolia did sit down at the side of the captain and rather in a softspoken way had asked or more rather inquired due to her innate curiosity. "What are you doing here , so far from the gotai?"

Permissions in this forum:
You cannot reply to topics in this forum
Who is online?
In total there are 11 users online :: 0 Registered, 0 Hidden and 11 Guests