Urgh so much noise...

With a quick flip of the wrist, Vividai snapped on the large white, blue striped headphones that had been draped around her neck during the duration of the long ride here. An groan escaped her lips; for In the brief few seconds in which she had arrived to this place she had already almost experienced a complete systems overload, simply by taking off her helmet. So many sights, sounds and spiritual pressure signatures had poured in greeting her as her senses raced to take them all in; her mind anxious to process them all at once. For a moment she winced before familiar sick beats poured into her ears quickly setting her mind at ease as trance amounts of what would have surely been a nasty headache began to subside. Absentmindedly she began humming the bassline while quickly dismounting her bike. Her white stiletto boots clacking on the crisp pavement as she took her first steps in Karakura City.

As her contact in Dogenzaga had warned her this city was truly something to behold, the concentration of spirit energies and signatures she felt here alone were impressive. Not just in the city itself, but it felt as though she was encircled completely. A feeling that had troubled her since she before she had even entered the outskirts of the city, and it had not settled well with her. There was no longer any doubt in her mind that, for the time being at least setting up shop in this location would be interesting to say the least.

Her business interests had long ago separated themselves from her families; after of course leaving behind a means for a comfortable retirement. A small price to pay for their "allowing" her to utilize their assets after being discharged from their service. Since the fulfillment of her end of the social contract Vividai was no doubt a woman of means, her skills and connections allowed her to earn an honest and rather modest living. But as luck would have it only one of these things extended this far for the first time in her travels. So for now she would have to gather information about her new home the old fashion way, along with lending her protection and services to those who might need it. "If needed...Right then, no problem" she said out loud reassuringly to herself.

Vividai with helmet still firmly clutched in hand leaned against her motorcycle. The beast purred affectionately behind her, It's carefully polished curves gleaming in the warm afternoon light. Her eyes curiously wandered through the clumps of icy blue hair at the large skyscraper in front of her as groups of busy people went about their day; a few of them darting into the small shops behind her. Her usual small but warm smile arose playfully at her lips, greeting anyone who cared to look. Meanwhile, her heart ached with an excited nervousness, she wasn't sure how this city took to new folks but no matter. She would no doubt be busy if the rumors were true about all the strange things happening around here. Before long her attention shift to something else..
__________________ 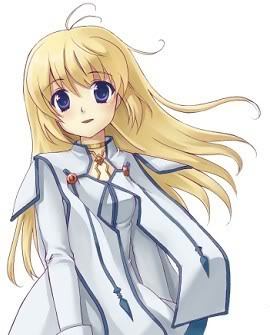 Though the ground may shatter, I will hold you up. Even when you falter, I shall help you stand back up.