How this world works

Re: How this world works

Watching how the entire lake seemed to disappear in the palm of the guy’s hand, he just knew that he was compressing all of this into a single blade. He had seen this kind of weaponry before, something that compressed the full brunt of ones power into a compact and easy to wield weapon of choice, capable of dealing more damage then one would prefer to take. The power that came from this man was great, a force to be reckoned with, that much he would give to this guy. Still, it was not near his power, and did not even get close to his unreleased power. It could hurt him, true, it could cause him to lose a limb if he was not careful, that was also true, though Hitoshi had nothing to fear. He had a reason to be fearless, because when his weapon of choice was compared with the one wielded by this so called Duke, he would find that his was much more powerful, while holding quite some similarities in terms of shape and nature.

A single word was spoken, yet the gravity held by it would most likely be enough to strike some form of fear into the heart of his opponent. Opposed to how most Soul reapers chose to unleash their Bankai, he had chosen to unleash it with a more quiet dignity, making it a more fluid release that took very little time. When strong winds enveloped his glove, Hitoshi disappeared out of sight, vision blocked by powerful gusts of winds. Several seconds later, he came back in sight when the winds died down, showing that nothing had really changed about it, except for the glove that had birthed a decent sized Katana. This Bankai, Kamikaze no Yaiba, was a blade that held both abilities of wind and lightning based Zanpakutō, and for that it was known as the Zanpakutō of Storms. Few Zanpakutō had similar traits, making it’s true powers and uses that much more mysterious to those witnessing it.

Pointing the tip of his Zanpakutō at his target, a subtle gust of wind travelled between him and the demon, gently bouncing off of the man’s skin when touched. “I do not need to use any kind of power release in order to beat you, let that be clear before continuing any of this. The reason why I am showing you this is simple, to counter that which you just presented to me. You see, this weapon is also a compressed type, just like yours. This leaves us to do but one thing, to test which of these weapons is the stronger one by having their edges collide with one another. From now on, I need to ask you to keep your eyes on me at all times, or I can assure you that you will die before you notice the swing of this blade”. His statement was simple, yet direct, just the way he liked it. Still, he did not lie once during his short explanation of his weapon.

As the roof of the forest would start to get cloudy, anyone could tell that this was not a natural phenomenon. It was spiritual energy that was forming these clouds, the origin being the Zanpakutō of storms held by Hitoshi. For now, the clouds would be simply white and fluffy, nothing to be afraid of, but once the clouds started growing in size, the friction would create thunderbolts and come with heavy gusts of winds. This was quite far away, but in a few minutes, the forest of menos would see it’s first artificial storm.

Re: How this world works 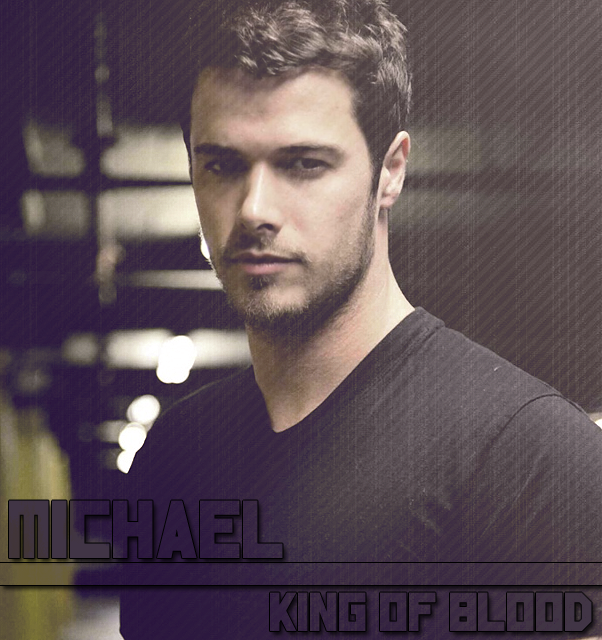 As Michael looked at this opponent, who as soon as he said Bankai vanished in a swirl of wind, that was so think that Michael could no longer see though it only to appear moments later wielding a katana about the same size as Michael's own blade. Michael looked up for a moment as he watched small clouds appear in the sky, only to grow inside and black in color as lighting would crackle off them, as if Zeus was angry. Michael stood there for a moment, as he watched the storm begin to grow larger and larger, but it was not going nearly fast enough for Michael's liking, as Michael had a plan. Michael would close his eyes for a moment, using one of the basic powers of Demonic Magic which allowed the Demon to manipulate the environment around them. Michael would then start to form clouds in the sky, speeding up the process of the storm from acouple minutes to a couple of seconds. Michael knew this could be a double edged sword but he didn't really care as he lifted his hand to his face.

That we do Quincy... We will have to see which of our blades is stronger, and if that is the case then I can no longer hold back from my full power. As he said that the world around them would change nearly instantly, as it would appear it was raining but even the Quincy knew that this was from Michael unleashing his full spiritual energy, as if a ocean of Demon Energy just fell on him. Michael was now pushing himself to his full power, pushing the 0-5+ area of power. As Michael's spiritual pressure ripped out of his body, causing sand to spray everywhere, even more so then when his opponent unleash Bankai, his shirt would be ripped off. Under the shirt was a rather large series of tattoos, which were all demonic or tribal in nature, and then in the dead center of his chest, right where he heart would be, was the symbol of the Asthavon family. Michael's eyes also changed in color, going from the hazel they were before to a pure emerald with blood red outlines. Michael smiled for a moment and then vanished instantly.
Shadow Step

Michael's Shadow Step was nearly instant, and he would arrive at his chosen place just as fast due to one simple reason. The world around them was now nearly completely black, due to Michael's and his opponent's storm combining in strength to block out the Moon, the only source of light in Hueco Mundo. This is where the Demons strength came from most of the time, the Darkness and right now that is all they were in. Michael would appear in front of his opponent, his blade in his right hand as he sent a downward slash towards his opponent, aiming to cleave his body in half from his left shoulder to his right hip. This attack was insanely powerful, even in the terms of brute strength as this attack alone could level close to a mile in a single swing of a sword, and this attack was made all the more dangerous as The blade would leak blood for a moment as the the combined strength, enough to level several city blocks, went off with the strength of nearly five ceros. This attack was on a entirely different league then his last attack, as it was clear that he was no longer messing around. It was also could be noticed that Michael's sword had the same strength as his opponent's, meaning they both were on the level of Bankai in terms of sharpness and durability.