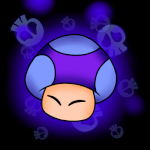 The sky above was a brilliant blue portrait, a panoramic landscape with tall tree branches preventing the sun from shining down, the shady silhouette of the tree tops blanketing Gineo's face. He was laying down against a large root serving as a pillow, his arms bent cradling his head with his eyes closed, his left knee slightly bent upwards. He was either in very deep thought, or in another relaxed coma-like nap, a betting man would pull for the latter. The wind blowing dancing inbetween trees wrinkled his baggy kimono, his bandana fluttered slightly in the moving air but he didnt budge, the breeze was calm enough to radiant a welcoming feel. It was the perfect day outside.

It was mere coincidence that he was enjoying this day outside in Rukongai, he would all the same enjoy relaxing back in Seireitei. This day was result of several factors, he always seemed to get caught up in a fight among peers at the training grounds, and though he enjoyed a good brawl he much preferred a good nap. Before he stopped to lay down he hadnt thought to wonder which district he was in, he and others had been preoccupied with a few Hollow they were sent out to take care of. It couldnt be as far as Zaraki, judging from the area alone it had a safe feel, though still too far out for him to muster the will to walk back.
"I'll catch up."
He muttered to fellow Shinigami as they ran back to the barracks to brag about their exploits, for few death gods of their tier were out slaying monsters. It was win-win, they sounded more heroic with one less person taking credit and he got to be alone and just relax and think.
"Tell me who you are."
He mused clutching the worn black scabbard to his Zanpakutō in his left hand, eyes still closed but his brow lowered as if trying to force himself to focus. Many others he knew bragged about their Shikai releases, their sword's names and personalities matching their own, even vast inner worlds they were able to visit. Gineo still hadnt learned his sword's name, but he felt he still held his own in battle, according to him up to this point fights had been about swordplay and shunpo, avoiding the need for Kidō at all cost. He rarely even unsheathed it unless it proved necessary for survival, his scabbard bruised and cut quite a bit from using it for blunt force to an opponent like a training sword or kendo stick. That is in public view, as for in private sometimes he practiced his draw and swing, alone in the forest, possibly driven by his insecurities with a sword growing up, he knew what to do with it now, though he still kept in the back of his mind the time he wielded a sword cutting edge towards him and got nothing but laughter from his assailants. Maybe he needed a friend. Maybe just more time alone practicing, or a nice challenge or ultimatum situation forcing him outside of comfort and relaxation. Maybe he needed his Zanpakutō, to know and trust and stand beside him.
"I am Geehmansennnhhh......"
The voice in his head faded as swiftly as it had entered.

Rare was the occasion nowadays that he got sound sleep without voices, without the tainted image of twisted dreams, or an unwelcoming cold sweat upon waking up. This resulted in him taking frequent small naps, he zoned in and out of consciousness when he assumed a comfortable position, even in the middle of deep thought or even when trying to talk to his Zanpakutō. Because of this its difficult for him to distinguish what is a dream and what is real, whether its a vivid hallucination or a trip through his sword's inner world.

"I think I was there again." His muse plagued him along with a daunting headache, which he was beginning to peg as an indicator that he did in fact visit this world. When wandering in the murky darkness He would feel immense pressure surrounding him, as if he was walking on the ocean floor or perhaps in close proximity to an above average captain-class warrior's reiatsu. He felt like he was recapping a memory that he'd hoped was only just a dream.

"Why dont you just come out like everybody else's swords do and stop playing games." Gineo spoke into the air, his eyes now open and glaring at the well beaten sheath of the Zanpakutō in his left hand. Frustration claimed his aura, in the academy he hadnt put much thought past old fashioned sword fighting, he hadnt desired to use any special abilities or call upon a spirit for help in battle. Now was different, it was daily he was harassed by visions, voices, he wanted everything laid on the table. If he was meant as a Shinigami to fight alongside this spirit, he wanted to meet him and learn to use him and stop playing tag.

The voice was crystal and blatant, causing Gineo to burst up from his resting position to his feet. Fluidly planting his feet into an attacking stance he drew his sword from his worn scabbard and began flailing it violently. His left hand gripped tightly below the hexagonal tsuba he delivered heavy swing after another towards his invisible foe, as if he'd gone mad with rage. He took a slight break in between, long enough to accompany his left hand on the handle with his right, and then raised his sword above his head aiming downward. As he slashed down with his blade he exclaimed, "You DONT know me!"

Suddenly all was black, his skull felt like it was being compressed into a raisin, his legs failing to keep him up staggering with every slow stride he took towards a feint light in the distance. From what he could make out, he was in a swamp, and began struggling his way towards what looked like a sunken vessel in the distance...