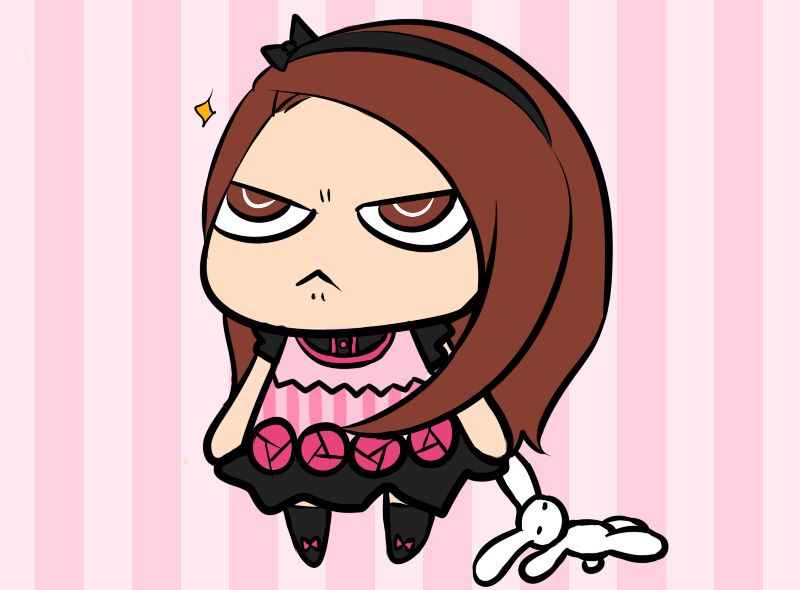 The Combat/Fighting Compliant Template
Ho'kay, I'm going to make this real simple. If you have an issue with a certain action, person, power or whatever else may give problems in the middle of the fight; you are going to need to fill out the template below to get a battle mod or other staff members to overview your topic and give a review. Simply make a thread for the issue at hand, follow the template and wait for the staff team to give a reply.

» Name Of Characters Involved: (Put the name of your character and the other person(s) included in your issue.)
» Character Apps: (Link the character apps of all this involved if possible.)
» Issue: (What is the issue you are having? Is someone God Modding? Meta-Gaming? Doing something you don't feel right with?)
»Possible Resolution: (Is there a possible way to relieve the tension? Such as taking some damage, but escaping the full effects?)

[b]» Name Of Characters Involved:[/b] (Put the name of your character and the other person(s) included in your issue.)
[b]» Character Apps:[/b] (Link the character apps of all this involved if possible.)
[b]» Issue:[/b] (What is the issue you are having? Is someone God Modding? Meta-Gaming? Doing something you don't feel right with?)
[b]»Possible Resolution:[/b] (Is there a possible way to relieve the tension? Such as taking some damage, but escaping the full effects?)

» Name Of Characters Involved: Wolf, Sherri, Roran active involved in issue, thread contains others
» Character Apps:
Sherri
Roran
Wolf
» Issue: Roran was approved by raiki as a 4-2+, but had previously, within his app, put his tier as a 1-3. He has, in the group thread Lost little mask girl, posted a post which showed him besting wolf and sherri simultaneously. When I asked about it in private chat in xat, he said that it was extremely likely that it would succeed, stating that he was a 1-3 because he saw his app as that, and when I tried to explain to him that he did not get to choose his tier, and and had to follow the one given by staff, he claimed that their tier was irrelavent, since that was just the app, not the character.
»Possible Resolution:
1. This is the one I would prefer, and it is to tone down his actions to the appropriate tier.
2. He is removed from the thread, I believe this should be possible because this is the first time he has posted in any significant way.
3. Though I would hate to do this, cause it sorta breaks the rules, if the above two cannot happen, I would like for my character to lose control of her inner hollow temporarily, at which point her inner hollow stabs Roran in the chest, then uses blazefire to incinerate his heart.
okay, number 3 was a joke, I don't think that would really be fair as I didn't give blazefire to Sherri as a vizard ability on purpose.

I moved his character to denied, and this the official statement, that his character action's in that thread are now voided. So anything he has done never happened,

» Name Of Characters Involved: Tessa Morrowend, Tsuyo Maboroshi
» Character Apps: https://www.platinumhearts.net/t9561-tessa-morrowendshinigami-3-1, https://www.platinumhearts.net/t10343-tsuyo-maboroshi-approved-3-1
» Issue: Me and tsuyo started a thread involving the above characters here. My first combat post of the thread was rather lengthy and contained a lot of action. However, Tsuyo's response to my post stopped halfway through the actions I had taken in said post. This left me feeling like his character was still within my post, and not many new actions to work with. Despite this, I made a second post, making rather small actions in response to his character's actions before basically repeating what I had written in my previous post. However, his next post did not pass the point his previous post had, simply reacting to my reactions to his post, maybe adding a single action in, though I would have classified it as a reaction.We had a minor argument over this post because I did not believe that his character could grab on to Tessa's ankle, something he had tried to do. Despite this I wrote another post, but which he apparently had a problem with. I went and rewrote the post, trying to take in to account everything he had said. Today I received a pm from him outlining a lot of things he felt was wrong with the thread, several of which I feel deal with my first combat post in that thread. I had not heard a single complain from him after making that post, and I feel in trying to talk to him everything has been ignored. He has stated his wish to just forget about the thread, but I feel this is only wronging me. I feel that I have put in plenty of work with this thread, posting despite parts of my post being ignored, and feeling that an action he took could not be done. I am not sure I can even use this thread for an upgrade if we stop now due to how short it is.

I don't feel comfortable copying his pm in here because it was sent to me in private. If a staff asks for it, I will send it to them privately, but I am not going to openly repeat something that someone purposely sent privately.
»Possible Resolution: Honestly, I think things could be worked out if he listened to me, perhaps with a staff there things would be better. When talking with him, he referred to Tessa's ability to manipulate fire as a sealed zanpaktou ability, and I think there is just some confusion and/or misunderstandings about things. I feel like I am not being given a chance to defend myself and the actions I made in the posts in this thread.
__________________
"Beauty is in the eye of the beholder."
"Of course it is. Are YOU going to question beholder's artistic sense?"

Here is my combat Resolution thread.