Things were going fucking insane on Yaksha's front porch, his back porch, and most of his neighborhood. Every day he saw some new person raving about the end of times, how Mana was coming to harvest them all, how the moon was going to crash on them and kill them all. Every day there was some new form of mad prophecy, some new and amusing proclamation of death for all species. It had reached the point he didn't even bother outlawing it; he knew these people would find some new outlet for their same anxieties and concerns, something far more destructive. Instead, he had opened the borders still wider, telling all those who saw the coming tide of violence that there lay before them a place of infinite possibility, to arm themselves or gain riches enough to become a lord in the new world.

By and large, it had been successful: Demons and Iramasha were beginning to funnel in, the scant few that Shadow Fall had been unable to catch in its iron grasp when the call to combat had begun. There were always those who balked at the idea of being dragged into someone else's problems, and now there was an unprecedented possibility to simply stay out of the sight of the powers that be. While they all duked it out, filling the skies with explosions that put thunderstorms to shame, Yaksha was opening bottle after bottle of champagne, his smile never wavering for one instance while the world around them fell to pieces, brother killing brother and child turning against mother. One could almost believe that nothing had even happened anywhere else.

Yaksha could see the truth, however: Those who came here had their smiles painted on, and the distant look of those who had been through hell before they made it to something resembling paradise. He had seen the faces of Ravan Vespara and countless others of his ilk up front; honestly, he had found the de facto patriarch of Shadow Fall somewhat lacking in gravitas, but it seemed others disagreed. He couldn't imagine the sanity-shattering damage these people had faced, realizing how tiny and insignificant they were in the scope of the world. He contemplated, just for a moment, feeling that helpless...and then shrugged, shaking his head. Even at his weakest, he'd never felt that incapable of causing change. Those at the top so rarely changed, and to make them dance to your tune was almost universally easy, in whatever era. Better by far, so much easier, to be the one they all overlooked, than to have any part whatsoever in their little childish tantrums. When they'd calmed down enough to start pulling out toys again, he'd extend a few pretty-looking invitations, and start pulling out sweet-sounding words like "exports" and "embargos" and "capital". Perhaps this time they'd actually listen.

Until then? Best to toast to the end of the world, in his humble opinion. 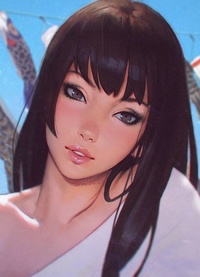 Space itself shuddered. A boiling, roiling mass of... something beyond the human perception reached through space itself and tore a path. While sights like these were perhaps more common in a time of war, here, in the safety of the Las Vegas Neutral Zone they maintained their graceful rarity.

The first seam gave way like a rip in denim. Then another, then another, and in mere moments the very fabric of reality was tearing from left to right and falling open like a wound in need of stitching. The air, electric and tense, wobbled and wavered as the laws of physics sought to compensate. And there, in between it all, from the mouth of the portal extended a simple black velvet ankle strapped heel.

Sight driven upwards, a lithe creature filled the shoe. A long, slender leg covered by a form-fitting pair of jeans guided the shoe to the ground, then the rest of her body shunted through the opened in a crackling blur of energy and speed.

The young woman's eyes dilated; despite the Las Vegas sun kissing the horizon it was still a powerful, warm, orange-yellow light. The fading heat of the waning day washed over her reminding her just how far she now was from the fresh ocean breeze she was accustomed to. But, that was more or less the point of all of this--to introduce herself and plant to connections to places she was unaccustomed. To grow. To grow her family.

At the risk of stating the obvious, disaffected and disenfranchised youth were a universal constant. An ever-growing, ever-present demographic that found only surging numbers in times of war, virtually every city on the planet had more than its fair share of poverty-stricken kids who weren't sure when or where their next meal would be. Even here, in a neutral zone. War did not discriminate. And so long as they had the willpower (but not too much), neither did Ahmya. And when the fighting did finally stop, a place like this would be ground zero for open hands asking for scraps and hoping for replenishment.

The Humanity in the city was a lot to take in. It wasn't that she was new to crowds of people but the folks here were...different. Very different. The energy wasn't anywhere close to the same. Until she could get a better read on it she would have to take things slow.

As her heels softly clicked against the concrete beneath her feet, she scanned the buildings, the crowds, the flow of traffic until one aesthetically relevant building caught her eye.

Sure that her discerning eyes made contact with several curious onlookers, she saw past them, through them, in a deeper look at the city beneath. There, at the tip of her senses. A predatory tingle. It was a feeling she knew well. Obviously she wasn't 'alone' given what she'd heard about this city but this...this was different. Primal, but intelligent. Both were a rare taste together but it nipped at her nose and her sixth sense all the same. Someone or something, but she couldn't quite discern...

Yaksha felt it almost instantly, as the fabric of reality nearby tore. He closed his eyes for just a moment, probing outwards with his minds' eye, at the same time that his body lifted from the seated position it was in, disappearing in a crackling of static that brought to mind nothing more than a person who had just turned the volume on a radio up to painfully loud levels. He felt a hideous jumping sensation, then he had his feet on solid ground once more...speaking relatively, as he was hovering about a foot off the ground. His wings furled out to their full length instantly, with a sound like curtains being forcibly jerked back.

"Welcome to Las Vegas. You're doing a remarkable job of blending in. If I didn't know any better I'd think that we'd met before. Feel free to take a look around, let me know if you have any questions. My name is Yaksha."

As he spoke, faint whitish-yellow flickers of flame could be seen lifting off of nearby lamposts, floating lazily towards his body like fireflies. They bobbled and weaved around his horns, slipping between them over and over, a dance of such routine that they seemingly didn't need to think about it. He tilted his head to the side; hidden behind his mask like it was, there was no way to gather his emotional reaction, but he seemed to convey an aura of confidence and delight all the same, someone who positively -lived- for being asked questions.

Around them, people hadn't stopped their stride even a little bit, turning to examine Yaksha and Ahyma with the same kind of bystander mindset as if it were simply a successful businessman and his secretary speaking in public. A few people nudged one another, drawing attention to the hollow that stood tall enough to dwarf most NBA players, with a wingspan almost three times across his actual body. All in all, it seemed the people here had become inoculated by the presence of a hollow: They suppressed their shudders in the presence of the predator, who to his credit seemed to be ignoring them just as ably.

"What brings you to this city? Did you decide you wanted to try being decadent for a bit? Or were you hoping to take a shot in the dark for a taste of the good old days? You're dead, but that's no excuse to stop enjoying life, if you ask me."