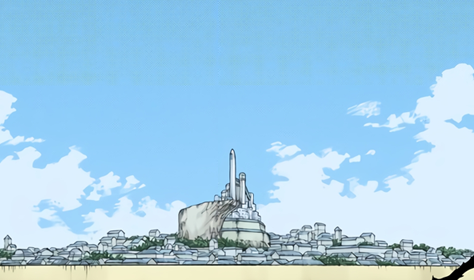 » Summary: The Gotei United was formed in the Year 2117 and is considered the next step in evolution for the Gotei Thirteen. The Gotei United has formed out of a desire to unite, strengthen and give a home to all shinigami across various realms. It is designed and meant to be a central hub for the shinigami race and Soul Society to make their people great again. They've been through hardships up until this point, but now is the turning point and the Gotei United is taking the steps needed to make the Gotei a powerhouse of an organization day by day.

» Requirements: The Gotei still maintains the requirement of being a Shinigami however due to considerable losses during the many conflicts, post-reformation into the Gotei United the organisation also accepts Vizard, Hybrids & Ziamichi w/ Shinigami base.

Aligned Factions: Below are factions which are associated to the Gotei United, either serving underneath the Gotei as a part of it or having good connections.

OBJECTIVES
» Enforcing Soul Cycle: When a shinigami kills they are able to reincarnate a spirit and reform them on the soul cycle. They are also able to purge and absolve the sins of more sinister souls akin to hollows and demons. While, in other cases, they can potentially send a spirit to hell. So, with that in mind, they are also focused on branching out into different realms and enforcing this creed to help maintain the balance with other races outside of the Soul Society and Living Realm.

» Serving People: Unlike the former incarnations of the Gotei, The Gotei United is primarily designed to serve the people. They want to help make the Soul Society a well-guarded place, invest in its place and serve them as best as they possibly can. So one can consider this organization designed out of a need to protect society at large and maintain its place in this ever-changing world.

THE POSITIONS
Captain: Captains are the essential leaders of their divisions. They control the flow of how they operate, and where people go and they have full control over how they manage things outside of input/oversight from The Captain Commander. They often must have a Bankai, a power equal to a Captain (1-5 at least) or some type of leverage they can use to fight against Captain-Level threats.

Vice Captain: Vice Captains are considered to be the second in command of the Gotei United's Divisions. One of the first requirements for becoming a Vice Captain is that they must possess some form of Shikai OR a scale of power equal to one. There may be exceptions, but these are taken on a case-by-case basis.

Vice Captains are often in charge of supervising the division they are a part of if the Captain is not around. There can also be multiple Vice Captains assigned to a division, but this is rare and is done at the command of the Captain.

Seated Officer: Most divisions will have at least one seated officer but up to twenty can exist, eighteen omitting the Captain and Vice-Captain. These officers are often in charge of keeping up the maintenance within their divisions, directing people to where they need to go, handling missions and being an active face of the division.

Unseated Member: General Members who do not apply for any of the specialized positions fall under non-specific members of the Gotei United. They are often the common soldier you see and are in mass in most of the Gotei's divisions. Anyone can apply for them.

FIRST DIVISION: COMMAND
The first division of the Gotei United, formally known as the Administrative Office, handles matters which influence the rest of the Gotei at large. This often includes matters as mundane as bureaucratic support, pay, and other logistical support, but the division does still maintain a suitable combative force. This is not only to maintain security for the realm and for the Captain Commander but to protect any of the non-combatants in potentially dangerous situations.

SECOND DIVISION: KIDO CORPS
The second division alternatively known as the Kido Corps, they are one of the primary fighting forces of the Gotei United and liaison with others when necessary. This is where most Shinigami who have a strong knowledge of magic are often placed. They need a high level of supernatural understanding, and a good grasp of kido to make it in this division; its duties involve managing restrictions and laws surrounding kido, developing new kido and classifying it, supporting other divisions with kido needs as required and being deployed as healers due to having a high number of Kaido users.

THIRD DIVISION: R & D Institute
The third division of the Gotei United, also known as the Shinigami Research and Development Institute. They are in charge of inventing new equipment for the Gotei United, researching different types of ailments and threats, experimenting on volunteer subjects to improve the limitations of their race and performing anything that can be remotely considered scientific, engineering or research which can improve the Shinigami, Gotei United or Soul Society. They have a reputation of being filled with peculiar individuals of strange appearance and eccentric personalities.

FOURTH DIVISION: COMBAT
The fourth division of the Gotei United, also known as the Combat Operations Brigade. This is considered the central fighting force of the Gotei United, they are heavily focused on being available for major offensive and defensive operations. They have some of the highest expectations for skill and conditioning compared to the other divisions, oftentimes they are the muscle required to execute major and minor Gotei operations. The division is somewhat at odds with itself at times, with many members of the former Eleventh Division making up its ranks and being at odds with those who practice the shinigami arts wholistically rather than a might is right approach.

FIFTH DIVISION: COVERT OPERATIONS
The fifth division of the Gotei United, known alternatively as the Secret Tactics Unit. The fifth division handles most types of recon missions in other dimensions, assassinations, secret missions and works alongside the first division in order to make sure the integrity of the Gotei United is not compromised through internal affairs. So they often look for individuals who are quick-witted, nimble and can perform in an efficient manner and understand how to commit to the art of covert operations.

SIXTH DIVISION: REALM ENFORCEMENT
Formerly the First Division under the prior Captain Commander, the Sixth Division - or Realm Enforcement Bureau - is focused primarily on the Soul Society. This means that most of their active forces remain within the Soul Society more often than not. They are tasked with keeping the peace, ensuring the laws of the Gotei United are upheld and to serve the people of the Soul Society. These duties can also range from imprisoning others who are a threat to this peace, doing recon to ensure everything is stable and there are no active threats in the realm, being on standby to deal with any invading forces and so on.

SEVENTH DIVISION: EARTH AFFILIATION
The seventh official unit of the Gotei United, also known as Living Relations Branch. Its responsibilities include both diplomatic emissaries and general information upkeep, and of course enforcing the balance and general natural order when it comes to spiritual affairs. It is a very specific job of the Shinigami which they are fully intended to be performing, and while normally it could be assumed that all Shinigami who are on Earth handle this work in passing. They can be expected to spend long periods of time on patrols and stationed on Earth.

EIGhTH DIVISION
The eighth division of the Gotei United was established by Captain-Commander Kagayaku no Murasaki as part of her initiative to decentralise responsibility within the organisation and hand more control back to Division Captains. Unlike the previous divisions, the eighth was created to have no specific role and instead focuses on versatility and adaptability. Offering support to other divisions where they might be lacking and shoring up weaknesses.

ZERO DIVISION: ROYAL GUARD
Zero Division or the Royal Guard. The group that protects the Soul King, as their primary purpose. Their overall firepower is said to be enough to decimate the entirety of the Gotei United if it came down to it. Despite their overwhelming presence and since their resources are not focused on the Soul King the members of this group are rarely seen or deployed making most not able to recognise them or their insignia.

Note: Must meet specific qualifications to be given an invite to Zero Division. These are done on a case-by-case basis and are very rare.

HOW TO JOIN
Just use this template and post it below.

Gotei United Sign up Sheet
Character Name: Tentō Zefā
Character App: https://www.platinumhearts.net/t22033-tento-zefa-tier-4-5
Gotei Position: Four Division; Combat. Seated if possible and makes sense. If not im happy with general!
Reasoning: Been building up to this in backstory with Hanako's help. Getting closer to getting it done so posting request now for when it happens IC.
Extra: Looking forward to it
__________________

-Unlimited Blade Works lol.
-Super duper strong.
-As cool as she is cute (very cute btw).
-Small tits but fat ass, score??
-Murasaki asked her really nicely so nya nya.
Extra Notes: Not to be confused for her blackface counterpart; Yugiri who I also play.

Character Name: Makoto Arima.
Application Link: You know it.
Position Requested: Sixth Division; Vice-Captain.
Feats & Qualifications:
Been around the block a couple of times. Fourth Seat for a couple of years now.
Pretty good at her shinigami stuff, on that Tetsuzaemon grindset, has her shikai.
Did top-secret mission for former Captain Commander, hunted the black man.
Choice for the new captain when Murasaki asked Hakuyou who he wanted.
Extra Notes: Kinda gay...
__________________