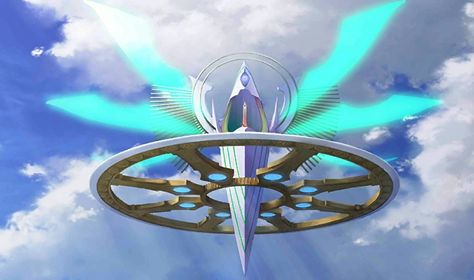 THE VANDENREICH
UNKNOWN INTENTIONS
» Name: The Vandenreich.
» Alignment: Lawful Neutral
» Base of Operations: City of Lights.

» Summary: The Vandenreich is an organisation with a long history, however upon shift of power from Niflheim to the current Grandmaster, Cyrus ast-Auramazda it has undergone radical change. Shifting from a more antagonistic and racially focused Organisation to instead move towards an assertive approach to policing the living world and removing foreign influences upon it.

OBJECTIVES
The greater objectives of the Vandenreich are broken into a few different goals. Under the pretense of neutrality, the Vandenreich operate as an independent force that maintains the living realm and working with the Lux Orior while rebuilding and policing the travel between realms.

STERNRITTER
The Sternritter are the first of three divisions within the Vandenreich. Named as the Knights of the Stars, they deal with all combat operations. Individual sections branch off and carry out specific functions, some work as general units with a rounded skill set and some sections exist as entirely specialised units which are designed for a single area of combat.

The Sternritter are the Vandenreich's front line and their last line.

TODGESTALTEN
The darker side of the Vandenreich and far more fitting for the organisation's archaic name. The Todgestalten instead deal with covert operations; internal affairs, assassinations and detainment. Matters of interrorgation, sabotage, political subtefuge etc. are all fields that the Todgestalten will focus on.

ALBEDOCHIFFREN
Albedochiffren are the administrators, the researchers and developers. The penpushers that deal with political outreaches, public image and supplies and resource management, all kinds of things. These are the least likely to see combat but they are fundamental in the organisation running smoothly.

They coordinate with many different areas and can often be seen working within other areas of the organisation in order to stay well on top of any stress the system called the Vandenreich might undergo.

The Steingruft subdivision of the Albedochiffren handles the Development of new techniques and technologies within the Vandenreich as to better equip its members to face the myriad of threats to the world of the living. It additionally takes on the task of developing technologies at the behest of the Grandmaster and other Administrators to overcome obstacles as they come.

HOW TO JOIN
Just use this template and post it below.

Character Name: Kokuto
Application Link: Current, but outdated app, and the new, work-in-progress revamp app
Position Requested: Sternritter - Personnel
Feats & Qualifications: 6'2 Demon based in power by being the tank-buster and the tank, and was recommended the branch by Ninsianna.
Extra Notes: Went through the secretary in this thread here.
__________________