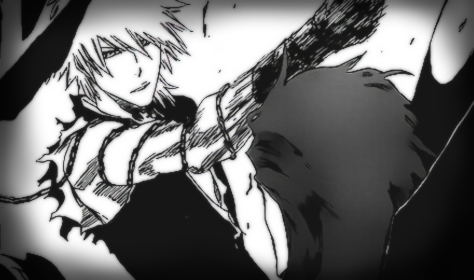 Late 2002, the defeat of Aizen was thought to usher in an age of peace. Any massive threats to the cycle were thought to have been dealt with, the story done, but that couldn’t have been further from the truth.

Several months later, hollow activity in Africa mysteriously spiked, reports of unidentified spiritual entities coupled with hollow attacks on human civilization. Many shinigami were deployed to deal with the unexpected threat, though the balance of the cycle was growing more and more uneasy. As a result, many souls living in the Rukongai districts were exterminated as to level out the amount of souls on each side, much to their dismay.

The chaos these entities sew only grew wider in range as their trail of disorder stretched into the greater continent of Asia, several large cities experiencing the threat that was found out to be the Demonic. These creatures had arrived on Earth from their realm in order to sow chaos and domineering over humankind at the command of Ender, their king at the time. Soon the aggression of these invaders would have been known across the world, defensive measures being raised on both the living and spiritual fronts.

With a growing awareness of the spiritual spreading across the world coupled with this threat, the living gradually became more attuned to this other side, people being born with or manifesting powers amidst the growing conflict. Five years had passed, and soon the greater goal of Ender’s army would become clear - They had wished to obtain the Oken in order to invade the Soul Palace, and had made their way across the continent to Japan in order to achieve that.

Several attacks were launched on Karakura, an additional five year struggle to keep the Demons out, ultimately ending in loss and gains - the town was near completely destroyed, but the invaders found that was no Oken present within. A retreat occurred, following the perishing of their king, having faced off with Head Captain Yamamoto and ultimately ending in the deaths of both.

Finally, though wounded, the world would be allowed to recover. The Demonic threat diminished and became disorganized without their ruler, at least for now. Rebuilding and revolutionizing were put into motion by a population that had grown curious of the world they were now privy to. Studies of the spiritual became commonplace, technologies being pushed along with continued discoveries. Though, many met these new parts of life with a sense of fear and unease, of the supernatural powers around them, and what those who possessed these greater states would do with that power.