Whispers on the Wind.

Re: Whispers on the Wind. 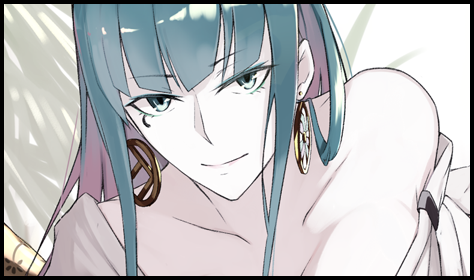 Safira | Bewitching Golden Serpent
"Hungry mouths that offer excellent fodder for resources and spreading your influence? Indeed. It isn't quite so grand but I'll try to spare you as many Menos Grande for your own machinations."

Giving a brief chuckle as she finished her comment before she returned her attentions to the more pressing matters and clicked her tongue when he explained the risks he was thinking of. She knew such risks were there but wasn't his situation now just as risky?

Surely it was only a matter of time before the big bad Espada looked at what was here and he wanted what Yaksha had. Striking first with surprise was the best course in her mind and even then her actions would only serve as a thorn to try and keep him preoccupied from trying to annihilate the sinful empire she currently was in.

"Do not worry dear, if all goes well the man's name will disappear into the sands of time where it belongs. If it doesn't go well? I will be sure that there is no connection known between you and I. By my very best power I will try to prevent him from knowing of this little alliance we have."

Trying her best to reassure him there was the new matter of entertaining her new partner. Offering herself for inspection by his curious eyes and so when he asked about her nails she used her thumb to wipe off the polish that made them appear like normal fingernails and presented the white bone for him to look at.

"Rubbing them is just a bad habit, keeping them looking normal tends to not draw too much thought from people towards them."

Re: Whispers on the Wind.

"There is no such thing as a bad habit, Safira. Each of us are simply doing the best we can, at the end of the day. Anything that makes you even the slightest bit more comfortable is worth doing."

Yaksha's gaze seemed to take in her nails with a sense of quiet fascination, subdued interest, as if he had a dozen questions he wanted to ask, and had no intention of asking even a single one. He simply looked at them for a few long moments, head canting at several angles to get a better glance, before he finally sighed and leaned back in the chair, looking up at the roof.

"Why does everyone assume they can bargain with me using things like influence or power? What have I done to -ever- give people the impression that I want anything more than this pleasant little slice of Americana? I assure you, Safira, that my 'machinations', whatever they may be, are completely transparent. I have sat in this desert quietly for the better part of two years now, and as soon as people get it in their heads to start stomping their feet on Mana's front porch, their attention -finally- turns to the tiny little desert that everyone overlooked. It's gone from dreadfully slow to far too busy in the span of just a few weeks, and it really leaves me with a sour taste in my mouth."

He wasn't being entirely truthful: There was a certain familiar tingle that was settling into his stomach, a sense of constant razor-wire tension, like he was performing some extremely intricate, difficult magic act in front of an enormous audience. The fact that people with the power to flatten his city nonchalantly wasn't beyond his recognition, but that was nothing new to him. He'd -gotten- this city by rubbing elbows and shaking hands after all, however long it had taken to even be seen by others. And now, as he sat at his desk, basking in the attention of a person who had, just a few months ago, not even known his name, he suddenly began to feel a slow smile spread across his face.

It wasn't a pleasant thing to see, from the other side of the table; it looked very much like someone was stitching his mask in real time, black threads appearing and cris-crossing over his blank face in a manner very much like someone making a doll. He opened his mouth, letting out a small sigh that stank of...licorice, of all things, filling the air with a sweet, vaguely medicinal scent, as he folded his hands across his chest, saying nothing for a few moments. When next he did speak, it was in the same motion that he sprang to his feet, twirling away from Safira.

"There was a human movie made once, that I am spontaneously reminded of. The Godfather. There was a scene in it, where a man comes to the titular character, begging him to kill someone for money. His response, as I recall, was something along the lines of...'What have I ever done to make you treat me so disrespectfully? If you'd come to me in friendship, the man who wronged you would be cooling in the sun this very day. And if an honest man such as you were to make enemies, they would become my enemies.'"

His voice shifted, subtly but noticeably, as if he were doing his best to remember not just the words, but the inflection, as he folded his hands behind his back, looking at the wall with little to no expression.

"There are a great many human movies. And music. How I love their music. Perhaps, Safira, what you should be bribing me with is not promises of kingdoms and soldiers, force and influence, but...peace. And enrichment. We are both so old, you and I. How is it that we have nothing in common, Safira? Down to our enemies, you and I are...awfully different."