Back In The Office [Alastair, Sophie]

Back In The Office [Alastair, Sophie] 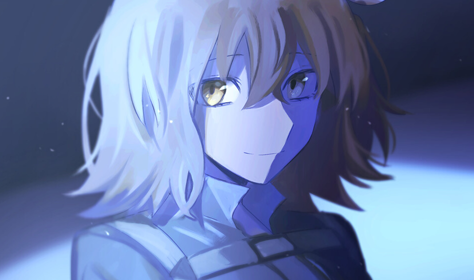 SOPHIE GEISLEITT | ALBEDOCHIFFREN ADMIN
She sat at her desk, a little heavy while staring at the work on her desk. Her eyes weary although it was mostly since she felt like she was spreading herself thin. She knew that she was finding her personal life impacting her ability to work, it wasn't like she had grown used to the more frequent chiding of her Coordinator who had made more remarks lately about it.

Worst yet she knew the cause, she knew that her own worrying was making her more stressed and trying to ignore it made her feel like she was neglecting the fact of the matter. A small sigh while she played the mental gymnastics, could a balance be maintained? Could a compromise be reached in her mind or was she really just the type of person who fell short because of her own single-mindedness. It had helped her so far up until this point but for the moment it felt like it was a hinderance moreso than anything.

So she sat at her desk and waited for Alastair, thinking back to the funny way they met in here. It was the last time that he'd come in here and asked her out. 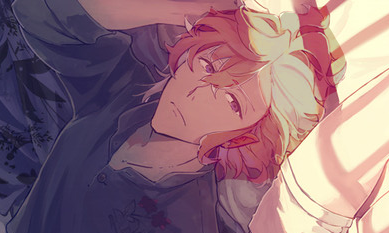 ALASTAIR Eisfluch
This was probably the most dressed down Alastair had been for a meeting with Sophie outside of heading over to each other's respective apartments. Tight-fit grey shirt, no tie, hair left messy. He had a lot that he wanted to say to her, some more that he needed to say, and the same thought just running through his head on repeat.

He had failed her.

He arrived at her office in a timely manner, as he always had. The lifelong enemy of tardiness. But making his way inside, he could feel that pain in his chest growing a little heavier. Every step like he was having to drag his body forwards, as he tried to maintain this image of calm that belied the inner hurt.

SOPHIE GEISLEITT | ALBEDOCHIFFREN ADMIN
She let out a small smile that was bittersweet when he walked in, the one that might make someone worry. Did she know? What did she know? What was on her mind? Those questions that wanted answers and built trepidation for whatever might've caused it although her eyes weren't hostile and her demeanour was relaxed. She just sat back a little bit.

It was on her mind and she'd taken so long to try and find a way to convey it to him. Put her feelings into words, explain herself and more importantly, say her piece first and promptly to lay his worries to rest about whatever her body language said.

"I got so caught up in the heat of the moment that my impulsiveness acted before I could think about it, I guess it was just the surprise of you asking me out despite meeting me for the first time on what was business. I'm a very singleminded person... and I was. am still very ambitious. I've not really had anything serious and found it hard to adjust when we got together."

She had rested a hand on the desk and tapped away. Hated having to do all this feelsy stuff, it was hard and complicated and above all she didn't want him to hate or resent her for feeling this way.

"When you came back from Jefferson in that condition I felt distracted, it was harder to focus and manage what workload I had always been able to do. You were on my mind all the more and that worry interfered and caused me to struggle there just wasn't enough hours in the day or night for everything and after thinking hard, I realise that I am still too determined to make good on my reason for being in the Vandenreich and show I can work in this position."

It was wrapping up while she leaned back and sighed. Hoping that everything felt better or that she was making the right choice here, she hadn't even considered what it was he might've had to say to her. She had kind of brought him here to lay herself out here, right where they began and where she had come expecting it to end.

"I think Anaconda made me realise that, I don't lead such a dangerous life. I'm not scared of it but in my role I spend a lot of time worrying about you, what next mission might have some terrible twists. I feel like I'm neglecting you, us, when I am chasing my tail lately, I think about how I never visited you in the hospital after Anaconda because I was so busy and it disappoints me. Though I couldn't ask you to leave it behind or change who you are for me. Do you... kind of get where I'm coming from?"

ALASTAIR Eisfluch
To almost anyone else who had come into this situation expecting to have to break up with someone, having all that laid out in front of them could have been considered equivalent to striking gold. It was a free pass to just sit down and go through the motions, to escape the relationship as the victimised party rather than confront the issues that they had been reluctant to raise before. But Alastair was not going to stand before Sophie and let her think that it was all her fault. He could not. Even if it hurt both of them more, his mind had been made up before he had stepped foot in the room and nothing would shake that.

His voice was firmer than it had any right to be, certainly for a loving boyfriend who
had just learned that his relationship was crumbling apart at the seams. She was sat at the desk, just as she had been then, but he stood before her and did not yet make to sit down of his own accord. Steadying himself, he loosed a sigh that matched her own.

"I will never regret launching us into this relationship, it is a choice I would not hesitate to make again were the past to repeat itself. But there is so much more that I would change since then. Decisions I made, actions I took. We are both single-minded people, perhaps that is why we burned so brightly, but it made me blind to the hurt that I was doing to you."

Placing both hands upon the desk, he leaned forwards ever so slightly. His head now bowed in some gesture of formal apology. This was not exactly territory he was familiar with at the best of times.

"I threw myself into those missions knowing full well that I might end up the way I did, and never thought of the impact it might have on you and your work. Then, as you struggled on, I was not there to help you as any true companion should have been."

His grip upon the desk tightened somewhat as he slowly retracted his outstretched fingers. Pulling his hands tight into near balls of pent up frustration. Well, that was the easy part. Fuck.

"I love you. I love your drive, that real passion for your work, that damn ambition. I genuinely admire you. Maybe that is why somewhere along the way that love became respectful rather than romantic. I could not tell you when exactly it started, when exactly I planned to confront you about it, but I cannot let you think for a second that this is your fault. I was selfish, thinking that these feelings would resolve themselves, and then I was no longer the partner you deserve."

She thought about refuting him or saying something else to insist that the blame laid with her for her lack of action or ability to see past her stubborn nature. That was pretty stubborn of her too wasn't it? She thought while she curbed it. Stubbornness and hotheaded were the last things she wanted to come up here, she worked so hard to avoid letting them influence her like it did the rest of her family.

Sophie said with a small smile, not a happy one. There wasn't really any joy in this whole situation but maybe she was just glad that it didn't become something awful, a resentfulness towards eachother. Weren't they both mature enough to be able to continue? The words came out and she only really thought about how terrible it might be taken to just throw that out there. Oh well. She couldn't escape her own flaws sometimes.

"You wanna stay friends though?"

ALASTAIR Eisfluch
That was that then, he supposed. She had spoken from her heart, he had spoken from his. They both knew where the other stood, for better and for worse, and so the tryst was broken. This should not have been as easy as it was, but perhaps that only highlighted another issue with this relationship. Had he ever truly considered her view of him rather than assuming it was a reflection of his view of her? For all his merits, he was so far from flawless. He felt the tears bubbling up again, the guilt and shame mixing into a little cocktail, and accepted that he was the weaker of them.

Still leaning over her desk, he let off an exhale that was closer to steam. A deep huff, as he tried to compose himself once more. Regain some of that integrity that he always tried to carry with him. Sophie had been the first one to unpack that, the only one for the longest time. Ah, there was the pain.

Those with more experience might say that attempting to remain friends was a poor decision, one that rarely led to happiness, but that was never Alastair's style. Finally, he looked at her again. Rusty eyes now wide and sorrowful, as the vestiges of a smile found their way to his lips to match with her own.

"I will always make time for you, as a friend and a comrade both. If that makes this easier then it is the least I can do for you. Just promise me that you will take care of yourself."