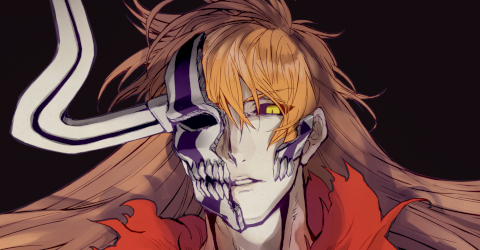 KUROSAKI ICHIGO
The wilds of China were a quiet place, almost on par with Hueco Mundo. Ichigo almost appreciated it, really, but he didn't care much to sit around and just enjoy it. He was always aware, always keeping himself ready to hunt down the first trace of a ring. He knew he couldn't be nearly as haphazard as he had been before--

No, that wasn't true. He could, and he would. It didn't really matter what got in his way. But he wasn't trying to draw any more attention to himself than necessary, even if he had no doubt people were probably watching him in some capacity or another.

Well, it didn't bother him. If they didn't get in his way, they could do whatever they wanted. And if they did, Ichigo would have no issue cutting them down. 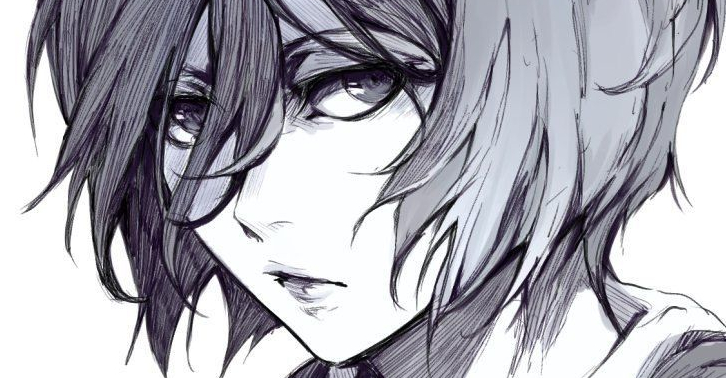 RUKIA KUCHIKI
Rukia knew she shouldn't have been here. But that wasn't anything new for her, was it? Breaking the rules because she thought it was the right thing to do. And when it came to this situation, to this man, that was more true than ever. She'd left a brief notice of her absence, and before anyone could even ask where she was going, Rukia had departed.

Once upon a time, she would have been overjoyed to hear that her friend was here in China. She'd have been glad to hear that he was anywhere at all. But once upon a time, she'd thought he died a century ago. All she wanted now was for him to answer her questions, and as the senkaimon opened, not twenty feet away from the Arrancar, Rukia's voice was cold, the bitter tone of a woman who wasn't willing to put up with anything but what she'd come here for.

"Why didn't you tell anyone you were still alive? And where is Orihime, Ichigo?"

KUROSAKI ICHIGO
A senkaimon hadn't been something that Ichigo would have cared about, normally. A shinigami showing up in front of him wouldn't have meant anything other than someone that he'd have to tell to get out of the way. But this shinigami, in particular, wasn't so easy to say that to.

It was half greeting, half statement of earnest surprise, even if the dull tone of his voice made it almost impossible to discern for most people. He stopped in his slow pace, sizing the tiny woman up that he'd once considered one of his very closest friends. She was asking questions he didn't necessarily want to answer. It wasn't something he enjoyed talking about.

"It wasn't worth bothering anyone. And she's fine."

That second one was a bold-faced lie, but it also didn't really answer her question. Ichigo knew that all too well, and he knew Rukia wasn't going to like it. His hand tensed, fully ready to draw his sword. This was probably going to end poorly.

Everything seemed to these days.

RUKIA KUCHIKI
Wasn't worth bothering anyone? If that had been his only answer, Rukia would have already been furious, but his followup answer made things all that much worse. She scowled at his words, and stepped toward him almost challengingly. She didn't want to fight him, not at all, but that didn't mean she'd stand there and act like she was afraid of him, either.

Maybe she should have been. This wasn't the Ichigo she'd known, after all. But she refused to act like a coward when she was dealing with her friend.

"Answer me, Ichigo! Don't just give me empty nonsense! You think I wouldn't understand? Fine! But here I am, and I'm not leaving until I've at least tried! So tell me what happened!"

Rukia could tell that he was ready for a fight. So was she. But that thought just upset her, and while she was all too ready to face him down, even knowing she would probably lose, Rukia wouldn't ever be the one to throw the first blow. Not if she could help it.

KUROSAKI ICHIGO
How irritating. In a way, the fact that it irritated him so much felt wrong to Ichigo. He knew that this entire situation was wrong. That Orihime hated it. That Rukia hated it. He knew, if Chad and Uryu were here, that they would have told him the same thing. That what he was doing was the wrong way to go. That he needed to stop.

It didn't matter anymore, though. He'd chosen this path. He wouldn't stop for anyone, or anything. He'd decided that when he cut Tier down, and nobody would stop him. Not even Rukia.

Not even Orihime, if she really chose that path.

"It all crumbled apart. I turned into this, and went to Hueco Mundo. Orihime's dying. I'm going to save her, no matter what."

His gaze was cold, as hollow as one might ever expect of an Arrancar. But toward a friend, Ichigo's voice lightened just the faintest bit, and he spoke again in a tone that seemed slightly more pleasant than had been heard from him in a long, long time.