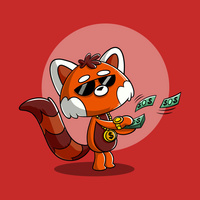 Giriko had trouble placing it. He genuinely enjoyed holding her hand. He couldn't even begin to explain why such a thing was so very enjoyable to him. He had known nothing but violence and studies for so, so very long and he couldn't even begin to empathize with something else. He knew a little something about inter-sex relations, the human he met in the human world had, well, sufficed to say taught him plenty, but this was different. It wasn't him being used as food stock, being used to fill a need. This was a completely different sense of kinship and connectivity and Giriko well, was struggling with it. Mikomi couldn't see it as he dragged her along by the hand, but the boy's face was blushed quite red at the thought. Did he...really have those kind of feelings for a girl? They were a strange pair, Mikomi was about as oblivious and weird, bordering on retarded, as possible and Giriko was unable to really handle any emotions that weren't anger or...more anger. Being compassionate, caring, and vulnerable was about as far out of his wheelhouse as possible. He had managed to calm his flushed face by the time they stopped at the creek, but that didn't really last long.

"I'm glad you like it, it was kinda hard to find since there wasn't much w..."

Before he had a chance to catch himself, Mikomi had dragged him face first in to the creek, she naturally landed on her feet while Giriko's red face landed straight in to the water, which despite the now throbbing headache worked out rather well for him, she couldn't see how red his face looked. Dragging himself to his feet, assuring her that he was fine as she let go of his hand, her touch lingering for a moment, Giriko turned away for a moment to rub the heat away. By the time he turned back, Mikomi had already removed most of her, let's call them fringe clothing, and her stockings were already hanging up. Before Giriko really had opportunity to protest, Mikomi proclaimed her intentions and quickly started shedding off some articles of clothing that, let's say, weren't fringe. The boy could only watch in a dumbfounded stupor as she quickly shed, washed, and hung her clothes in record time, establishing that she'd make a great housewife. A comical stream of blood trickled out his nose, whether it was from falling face first in to the stream or watching the person of his affection discard her clothing would forever be unknown, as he watched and by the time her underwear was completely removed, Giriko had lost his balance and fallen over, smacking the back of his head on the bottom of the stream and leaving him in a daze to slowly start floating down the river, a bloody and stupid smile on his dazed face.

Giriko was stuck playing victim to a series of both, simultaneously, fortunate and unfortunate events. The fortunates were, well, rather obvious. Giriko was being pounced on by an extremely attractive girl, one who HE VERY OBVIOUSLY had feelings for at this point and he was being pounced on by that very same girl while she had discarded the entirety of her clothing. Unfortunately, he was already rather dazed and confused before this happened and as soon as her body crashed on to his, the boy's head would inevitably thrash back and down under the water, the fluid obstructing his clear view of the interesting bits even if Mikomi's hair wasn't obstructing his view. It wasn't until she grabbed his collar and started shaking him out of his stupor that he even moderately recovered from the now repeated head injury and loss of blood. Before he could really regain his senses though, Mikomi lost her rather fragile water top balance and toppled over him, bumping his shoulder in the process and causing him to spin while continuing to drift downstream. Before he got far, a hand wrapped around his ankle and started dragging him back upstream. Giriko slowly dragged his head level just enough to get a completely open view of her unclothed buttocks as she dragged him back up to where they entered the stream. Blood was now trickling rather potently out of his other nostril at the sight of her rather adorable butt.

When they managed to reach the stream bed where they had originally landed, Giriko pulled himself out of her grasp before unhooking his sheathed Zanpakutō from his waist as he quickly made his way in to the woods beside them. He made sure to at least stay in sight of Mikomi so she wouldn't worry, her words replaying in his head with each step he took. The boy drew his weapon once he found what he was looking for and quickly sliced through a large tree branch, catching it on his shoulder before turning back and making his way back to the stream bed. Quickly and defiantly, Giriko slammed the recently severed end of the tree branch down in to the sand and quickly sat behind it, the leafy foliage obstructing their view of each other while they were not clothed as the boy started removing his now thoroughly soaked articles of clothing and stretched them out on the sand, hoping the overbearing sun would dry them out quickly so they could leave. At least with this method Giriko could avoid the impending hemorrhage induced from looking at Mikomi while she wasn't clothed. A few moments passed as the boy absent-mindedly stared at the clothes beside him before the first words since he fell in to the creak passed his lips.

"I'm not going to leave you, Mikomi. Never, I promise."