(Note: this is taking place in a dream from Cyrus having a dying piece of Algos's influence in him from the prior invasion event via him taking on so much of her attack. It will fizzle out after this thread is done.)

A world of blood, bone, and rotting corpses spiraled into eternity. Amidst this sky of shadow and scarlet did a lone figure of demonic essence stand on a throne of death. Filled with loathing, contempt, and hostility; this figure of suffering, woe, and pain brought it's eyes down on the lowly earth below its feet. In this world of bloodied dreams is where this demonic creature sought to have a confrontation with the precious Grandmaster of the Sternritter.

As memories of the incident of Minatumi Harbour played out in this realm, reflections of The Demon Princess's failed attempt to invade the city due to the intervention of this lowly Quincy scum played again, again and again until his own rotting body was shown for the price of stopping her demonic will. Yes, seeing him bloodied, limbless, and suffering brought the woman pleasure as she was delighted to hear of the hospitalization he required after standing-up to her delightful acidic rains of the past.

Still -- this wasn't enough. That failure set the stage for Shadow Fall to otherwise lose that war and be made a fool as their race was forced to retreat from that world. It left a bitter sting of contempt which bled in the heart of their Princess and she wanted vengeance. Hence, visions of Cyrus's death played again as visuals of him being killed a million different ways played in this world before her focus readied itself to otherwise speak.

"Demons and Quincy have never been compatible, have they? You all are a pest on this universe."

Speaking calmly, this womanly voice continued as visions of rouge Quincy taking their racist loathing for demons played; showing the visuals of demons being slaughtered by their kind on earth.

"You all just don't understand how to stay out the way. From the Shinigami, to the Kokuryuteshi and back again; you Quincy are a rare breed because your kind does not deserve to exist in a spiritual world where you rats vaporize the very soul."

Now exhaling a gentle breath, it groaned with a demonic sigh.

"Perhaps not today or anytime soon, but in some distant future, you'll suffer for these sins..."

Re: Distant Dreams Of Sin [Algos/Cyrus] 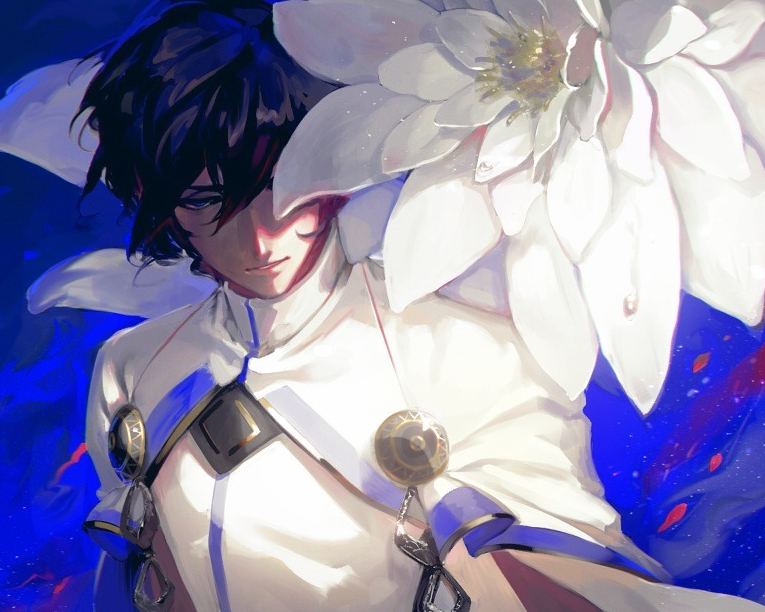 The realm of Cyrus' dreams were so vastly different from those of the demon who sought now to infiltrate his heart. Despite their horrors, he allowed them to play within his mind for now, content to see just what this vile creature intended for him. Perhaps it was simply her subhuman manner of interacting with him, though he knew this would not be the case. He spoke calmly, his deep baritone echoing with the authority of his power, his position, and above all, his simple conviction.

"It is not a matter of Quincy and Demons. It is a matter of Demons and all those from outside your pestilent realm."

The divine Quincy's voice was every bit as even as Algos', his gaze upon this nightmare wholly unfazed. Any emotion he might have felt, any horror or anger, was simply swallowed up by the divine core which defined his existence.

"On the contrary, demon. We are a rare breed because the role we play should never be one allowed to overstep its bounds. Destruction of souls and powers which no longer have a place in the cycle, that is what the Quincy are meant to do in this realm. Unlike yourselves, mere outsiders, we are a part of this world."

The whole of this dream realm pulsed once with the divine power of the Soul King's fragment, a simple gesture certainly enough to cull the visions of this faint sliver of the demon's influence. He was tired of them, and would allow their presence no more.

"'Suffer for my sins?' That you use such falsely meaningful words tells me nothing more than that you lack context or knowledge of the world you are apparently so attached to. That you have no concept of the life I live, nor the realm I inhabit. My 'sins' are nothing more than preventing you from treating the Earth as your childish sandbox, and I would do it again without hesitation. Let me make myself quite clear to you, pest; the lives of demons, as with all lives, matter only to me when they are the good people of Earth. If those lives are in danger, then I would surely take any action for their sake with no hesitation. But for those such as yourself, so seem only to hold your self-important delusions of racial superiority as gospel truth, I have not an ounce of sympathy. You and your realm could be annihilated to the very last atom, and I would not bat an eye."

Re: Distant Dreams Of Sin [Algos/Cyrus]

The two's divinity clashed against one another as Algos's own attachment to her demonic gods snarled across the dreamscape; groaning with its satanic power yearning to consume this being whole. Lingering traces of the Soul King's presence bled in the quincyvessel; while reflections of the demon god's influence reflected in the princess's and it was apparent that they were quite the polar opposite from each other. One is fueled by the impurity of hell, while the other filled with the influence of the spirit. It is why the woman grew to further disdain this place as that scent is an inherited distaste passed down from each of her mother's influences which carried on in her mind.

Still, with that threat mentally addressed, the woman found herself listening to what the man had to say. Consumed with such potent irritation, vengeance, and hostility; the demoness grew tired of the slight-righteousness spewing from this bastard's mouth. If he believed the demons played no part in this world, perhaps he deserved a spear across his skull for his ignorance.

"Perhaps we played our cards too heavy these past few centuries, but you are a fool if you believe we play no part in the soul cycle. Why else would we have the capacity to send spirits to hell, possess them in their sins and process them to eventually be placed in the soul cycle if our devils so see fit to release them from hell's grip? You may not like the role we play, but to say we don't have a part is foolish and self-absorbed as my own vengeance."

With a push of the fragments of Deveta's influence through Khala and Mana's extract, Algos's own attachment to the divine pushed back against the Soul King's flow. Indeed, at this point, the world was divided among The Demon Princess's nightmarish vision, and the stillness of Cyrus's own will as the two met in a center point of heaven and hell.

"I have no desire to rule over that planet or destroy it. I will, however, seek my sweet revenge against you impudent scum for daring to still harm our kind when our commanding forces have since departed from that realm."

With a pause, the woman breathed out slowly and her scowl grew further as her energy grumbled with rumbling discontent and venom.

"And let me make this clear to you: I don't care about that miserable pile of dirt you call home. Your entire race can be culled to the last screaming child's birth and it wouldn't have made any difference to me. You barely even existed to me until this point, so those claims of racial superiority are false. When you interfere and harm our kind, there will be a price to be paid regardless of how either of us views these actions. I will ensure that debt is paid to you in full. That's all there is to it, boy."

With her peace made, the woman exhaled and started to feel her connection to this realm weaken as this excess strain of demonic energy made the pathway between the two strained. So, with that on her mind, the woman's blood eye gazed toward Cyrus as it became filled with a sense of loathing.

"When we meet, there will be hell to be paid. So savor this time of peace while you can, pest."