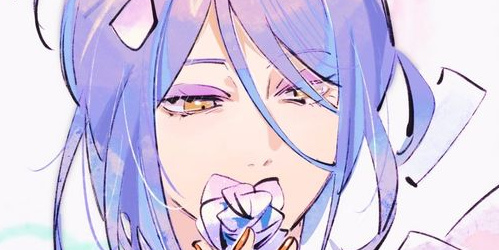 Without hesitation, Elyss initiated the conversation, voicing her apologies towards how long it took for this date to manifest. Conducting herself with maturity and grace, Hime simply nodded her head as she listened to the crimson-haired woman speak. To Hime, they had never fully established a proper way of keeping contact with one another.

There was no reason tor her to apologize for something as trivial as taking longer than expected to go on a date. They were busy women, after all. It was expected they'd commonly find themselves swept up within their duty. Placing a hand over her crimson-haired companion shoulder, Hime smiled reassuringly. She was simply happy to enjoy the time they were sharing now.

"It's okay, Elyss. I've been doing quite well. Nothing too eventful. I've met some new people. An elegant man with a profound insight on music and artistic expression and a woman who treated me to tea and cookies. Outside of that, I can't say there's been anything' too eventful' in my life. What about you?" 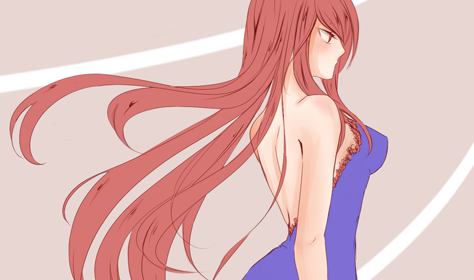 ELYSS IN A DRESS

So, how do you describe murdering a Captain, hunting someone down, and then taking your Captain Commander’s child soul and putting it back into their body to your date? Well, the fact she thought about it meant that she’d just have to repeat it with her mouth, but she probably can’t talk about the Abalia stuff, and she probably shouldn’t tell Hime that she killed that man. Though, thinking about it further, shouldn’t Hime already know? It’s already public knowledge, all in the news and everything. Guess Hime has her own ways of slacking, huh? At least that’ll make things a bit easier for the redhead. Though, she couldn’t fight off that gnawing feeling in her gut, like she should come clean and be the one to tell Hime instead of letting the woman find out later after their date.

“I’ve been through a bit. Have you heard; the Fourth Division’s Captain was killed.”

Well, she’ll just check to make sure Hime isn’t simply being willingly ignorant. It’s a weird topic to move the conversation to, but they did need a new one. There’s not much to continue when she answers with such a vague response. It’s probably not helping that her expression saddened.

Hime did not wish to mar their date with conversation about the death of a man who had intended to adopt her into his family. To choose to be willfully ignorant, however, was equally detestable, even if she wished their reunion be one discussing their future together. A soft sigh danced from the woman's lips as her eyebrows furrowed ever so slightly.

To confront this unprecedented emotion, familiar with death yet unfamiliar with the death of a friend - a family member, no less, was a difficult task for Hime but she resolved herself and gazed at Elyss. There was no denying who the culprit was. It was common knowledge by now.

Elyss had killed Yoshitsune. By the Kenpachi rule, she was free to take his position as captain. No matter whether the general populace or the members of the division found issue with the rule or not, there was no disputing the ironclad principle of the combat division. Hime could only reflect on how Hanako or the others may have felt and the long-term effects his death would have on their conscience.

Even so, what would she say to Elyss? Why? Call her a monster in spite of passionately claiming she would accept her for better or worse? Did she even mean to strike him down? Was it a spar or an accident? Hime would not rush to any conclusion but still... the thought of her position in all of this still weighed heavily on her mind.

"So I've heard. By your hands. Indeed, I'm well aware of the event although I do not understand why or how this occurred. You never struck me as someone who desired to step into the position of a captain and I cannot properly express how I feel right now. This is not ideal dating conversation but I suppose it is better to clear the elephant in the room rather than remain blissfully ignorant." She would reach over to run her hand over the crimson-haired woman's face as she regarded her with a gentle smile.

1, 2
Permissions in this forum:
You cannot reply to topics in this forum
Who is online?
In total there are 14 users online :: 1 Registered, 0 Hidden and 13 Guests