Psychological Analysis
Emotional Dissonance: Hiroi harbours emotions as easily as any other individual, but due to her long life of not having any emotion besides that constant burden to eat, she finds difficulty expressing herself physically. This is also due to her not originally being a humanoid creature as well. Her only reason for existing was to sate her hunger that was cursed upon her at birth. There was no room for other emotions until after she had devoured enough beings in the past to gain a basic understanding of how to feel differently. Now, with a human body, she finds it simply hard to form smiles and such with a face she is not used to. Slowly, by watching others, she is beginning to learn, but it will take a while before her forced smiles become more than simply facades.

Understanding Compassion: Hiroi is a being desgined to eat anything and everything without discrimination. However, because she ate a human as her first meal when reawoken, Hiroi has a strange compassion for the current top organisms on the planet understanding their fears and hopes through the assimilated thoughts of her victim. This understanding causes her to desire meals other than humans or humanoid creatures that have not actively antagonized her. Despite this, however, she shows no true qualms with randomly killing other beings around her if she feels the want or need to.

Hungry: It goes without a doubt that Hiroi’s hunger is one of her key traits. It is what her existence is based around. She has an abnormal appetite that seems to never sate no matter what she devours, and thus, she is always hungry. Though, there are differing levels to her hunger, and each level has a ceiling that, once full, will keep her insatiable hunger at bay until emptied. This hunger can drive her to act strangely at times when left unoccupied causing her to attack wildly and devour whatever is in her vicinity living and nonliving. This is the main reason she continues eating whether it be something small like a rock or something large like gulping down large increments of the sea. Whatever it takes for her to not lose control of herself, she strives to do simply to keep from losing control and eating the world she’s come to enjoy. It’s also one of the main reasons she enjoys human food so much. It has an unnatural quality to keep her at bay. Sweets are her favorite.

Clingy: Hiroi can become a bit clingy. A being born alone and forced into captivity for years and years will develop a loneliness that none others will know. Hiroi, now being able to interact with others, quickly starts to want more and more interaction with things that make her happy. It is why she desires more candy and food. It is why the people who feed her see her hanging around the area so much. She not only starts to cling to people, but to objects and locations as well. If a forest finds itself suitable for her desires, she will stay within it and protect it ferociously from harm. Any person can expect the same who connects to such a level with Hiroi.

Childish: Being merged with a young girl, Hiroi has a high capacity for childish acts at times. It is mostly sporadic and sometimes off putting when she does show her true age around others. It is mostly shown in the form of jokes which may accompany brutal acts that she commits or whenever she finds herself incredibly bored. Hiroi also shows a weird interest in learning new things. New objects or people catch her eye in ways similar to a child, but she is quick to lose interest in things that turn out to not be important and can have an immensely short attention span.

» Likes: Sweets, Spicy, Pretty much all forms of food and edibles 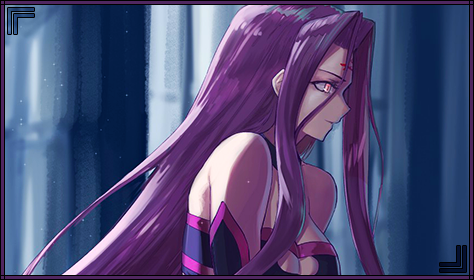