Hisana blinked, a bit surprised to hear that from such a man. "You really should be careful of your phrasing. If one of my students overheard you they may start rumors." She chuckled, smiling warmly before canting her head to the side. But she did not despair, there was no sudden dip in her expression. No. She'd been prepared for this. And a soft sigh escaped her.

"Ah. I suppose my memories were right.... I was hoping they weren't. I'm.... a very particular arrancar. You might say unique." She murmured and allowed that vine to spill out, and then produce a single little thorn, which she tenderly plucked from it's length and took a step back. "my Zanpaku'to." She explained softly. before she held it out. Offering it to the man to inspect if he wished. "It has a unique ability to reap memories. Among them, there are many from hollows I've slain. Some of them had collected Asauchi from shinigami. Some of them even attempted to use them, seeking greater strength. But nothing had happened. I had hoped these memories simply biased, but I suppose they weren't." She noted softly, pausing for a moment and gently rubbing her own cheek. Thinking.

"There is. Actually. Something that ...has been troubling me. Because of my abilities, and what I am. I .... don't know what I am. Who I am. All of these memories I have. Before I came here. I used face after face. Stealing them from other hollows. Trying to find the one that felt right. And then I sensed Rukia. But.... I don't know if I'm really Hisana. Or if perhaps.... I simply stole them somewhere down the line. And that .... the memories I feel now. Are simply my power. I suppose if given my druthers, I wouldn't mind knowing who I really am." She noted before gently clasping her hands together.

"But please, Captain Urahara. I hope you don't feel as though you've failed me. I'm grateful that you've given me some of your time. And even more than that. Your eyes don't hold the same. .... look that others do when they see me. You aren't afraid of me. That alone makes me rather happy." She assured him, that smile of hers warming further. 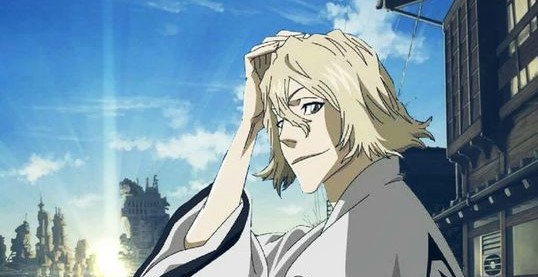 Kisuke Urahara | Research Captain
"Oh, I'm sure you can keep a secret or two, so I don't have much to worry about."

That much was certainly apparent, that he had some degree of trust or respect for Hisana. It was hard to tell which side of the line he fell on that one. She faced her fate with a grim sense of acceptance too, which was useful. He was glad that he didn't have to labour their point, though he did wonder if he should be honoured or irritated that she had already studied this to the point of reaching a conclusion and had come to him anyway.

"I think that is a question I can only offer some wisdom in response to, though. It is your memories that make you unique, but they also make you you. Was this the face you were always meant to wear? Unlikely. But it is the face that you have chosen to wear anyway. By making that choice, you have chosen to be Hisana. You could change, certainly, but at this moment that is unquestionably who you are."

That was enough to send most people's heads for a spin, and yet he remained unfazed. Her final comment drew a little extra curl to his smile though, her concern for him was so noble after all.

"A failure is simply a step forward that you did not account for, but this is not even that really. Besides, I have no reason to fear that which I understand and you are not as confusing as you might well think."

Surprise showed clean and clear on the arrancar's face as she found herself.... staring a little at the shinigami. Not because of his little comment about keeping secrets. She had the sense to surmise he was simply joking. No. It was his response to her problem that had shocked her the most. That it ....didn't matter?

she reached up and ....gently let her hand rest on her own face. Her eyes far-off as she .... thought about what he said. She did worry. That perhaps one day.... this face...these memories would fade. And more than that. She was....terrified. That she would be cleansed, and that these memories would all go away. That ....the real her...would be someone else. It was ...perhaps....selfish. But she couldn't help that fear. Being an arrancar held her back in so many ways. It was a struggle. And deep down, she felt terrible. Clinging to another's memories. Another's face. Because she was afraid.

She smiled, chuckling ruefully to herself as she closed her eyes, and a soft...gentle sigh spilled out of her. As if a great weight had left her shoulders. IT hadn't. But .... it was still a lovely thing to think. She smiled up at the man and glanced up, giving him a fond, sheepish look. "Thank you. You certainly are full of wisdom, Captain. I feel lucky to be offered some." She sighed, closing he eyes before giving a gentle nod of her head.

"It's nice.... being understood." She noted softly, before glancing up to the man and offering a smirk. "The offer for tea is still on the table. If you have the time to spare." She offered, recalling his reaction to her earlier pass at the subject.

Kisuke Urahara | Research Captain
Was it cruel to tell her the honest truth? Kisuke had wagered it was crueller to give her some false belief that might have shored up those concerns on a bed of lies. Still, Hisana put on a show of satisfaction and so he would have to play into that.

"Oh, Hisana, I do not need your thanks. I am simply glad that I have alleviated one of your concerns, you deserve that much."

Her smiles were matched by his own, an unwavering positivity exuding from the Captain as he sought to soften the blow that had been left by his statement on her state of self. He could have conducted research, it wouldn't even have been all that challenging, isolated her original soul and the memories it had, and shown her who she originally was. Sure. But would she have been satisfied with that? Likely the outcome would have been the same. A smile that sighed.

"I would not deprive a companion of good tea, though. I can have some brought to my office, or would somewhere more private suit you better?"