Our Own Fight Night: Sola vs Yuujin

Our Own Fight Night: Sola vs Yuujin 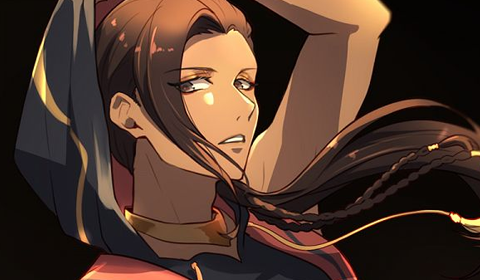 SOLA VERRTUE | THE LUCHADOR
Man, this fuckin' blows. That white-hair bitch did a number on him and he didn't even get her god damn name. How the heck was he supposed to find her later to kick her ass as payback? Whatever. He'd just have to keep her face in his mind until he saw her again. How hard could it be to find a white-haired bitch like that in the world? There was only like a couple billion or so anyway.

He just had to try harder and make it work. The worst part of it though was Kizuna taunting him over it. One of these days he'll be able to kick all the smug womens' asses. That'll be a good day and when it loses its appeal he'll have to figure out a way to handle that hurdle when he gets to it. That was ages away though. Once he was healed he was back out looking for people to fight and there were some real tough people in one direction.

That's where he went.

Sola said with a shiteating grin to the guy who seemed to be a ways off from the other two signatures which were way tougher. Why did he focus on Yuujin? Well if he couldn't beat this guy then there was no chance he'd beat the two other people he was sensing in the distance. 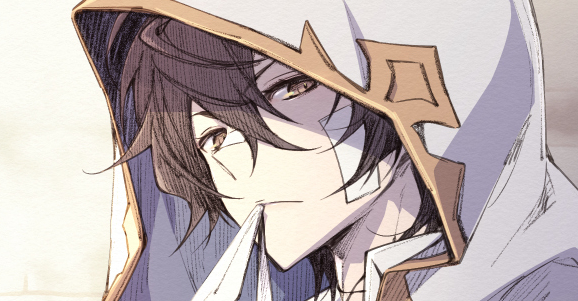 TAMABUKI YUUJIN | HORNET'S DISCIPLE
What did Yugirir say again? Something about controlling your Reiatsu while training? Man. He's been hard at work all day, and his brain's actually starting to get affected by all the exertion. He should probably get ready to take a break. He's been trying to control his energy all day, and that's not easy while also trying to practice your form. It was as bad as a week earlier, but it really puts a strain on more than just one's physical body. Maybe a nice dip in the waters not too far away will help him. Then, he'll settle down and read one of the new books he picked up from a village they passed. It's a wonder how civilization had reverted way out here in the wastelands.

"Huh?" Though, it seems everything in his mind will have to wait. There seems to be an annoying buzz in his ear, and it's not his teach. It's probably just his growth showing its colors, but he felt the guy before seeing him, and hearing his voice just added a bit more annoyance to the situation. Yuujin's experienced a Hollow or two simply because it's the wastelands, so he already knew this man's relation to them. Add that to the fact that this creature came to him and not to Yugiri or teach, and that means he's being seen as the easier of the three to deal with. That may be true, but he's not going to let something like that change his demeanor about the situation.

"Fuck off," He quickly started, throwing an uninterested glare at the Arrancar. "If you're looking for trouble, which we all know you are, go bother someone else." And with that, Yuujin's turning around to head back to camp and get ready for his time alone.

SOLA VERRTUE | THE LUCHADOR
"Oh? Nice. I love ya enthusiasm dude. I hope you got the guns to back up that statement though."

Sola seemed pretty content to give Yuujin a smug grin. There wasn't a chance that he was going to leave now that his prospective opponent had got all antagonised by his presence, the cocksure grin on his lips and casual posture said as much. He had no intention of just walking away and was already prancing around like he owned the place.

"I kinda like this spot though, kinda nice, so if you want me to move then you're gonna have to make me."

He shot at the other soul.

TAMABUKI YUUJIN | HORNET'S DISCIPLE
You can't be serious? Why him? This is like the third time someone's just showed up on his doorstep without being invited. First, Erika, then Yugiri, and now this brick for brains. Yuujin could just try to leave, get Yugiri or Shaolin to handle this, but he already knows what'll come of that. They'd just tell him to handle his own battles or question why he's training if he's just going to come to them for help. Then, he'd probably have to suffer listening to this guy further because this seems like the type of guy to always show up on your days off.

"What do you even want?" Yuujin finally spat, turning back at the guy who's making a mockery of his training area. He barely likes Yugiri putting her cuties everywhere. He definitely doesn't like this gremlin touching anything.

SOLA VERRTUE | THE LUCHADOR
"What do I want? What do you want? Hogging all this space to yourself. You think you own the place or something, big guy?"

Where was the sense in this? Not really anywhere. Sola's here to grind the guy's gears and bait him into getting steamed, so far it was working really well he thought. He just had to bully him a bit more.

"Why? You gonna cry about it and go get the tough guys out back over there? They seem pretty tough but if I can't beat you then what's the point of going for the big game?"

He poked once more, stretching his arms out to limber up a bit. If he was going to get this guy to throw hands then he wanted to be ready to throw down himself. What'd this guy have up his sleeve anyway?

TAMABUKI YUUJIN | HORNET'S DISCIPLE
"If you want it that bad, then you can have it."

Of course, Yuujin would rather drink piss than let this guy have anything he's using, but this isn't a situation one should run into blindly. It's obvious that whoever this is is just trying to play the bait archetype. What? Yuujin's supposed to get mad and start swinging? Pssh. That's exactly what this dude wants. He's just looking for an excuse to fight. Maybe being a bit of a wuss is what Yuujin needs to get the upper hand in this situation. Besides, this spot is temporary at the end of the day, but it's his temporary spot.

"But I doubt you'd be able to handle it. You don't seem too much the athletic type."