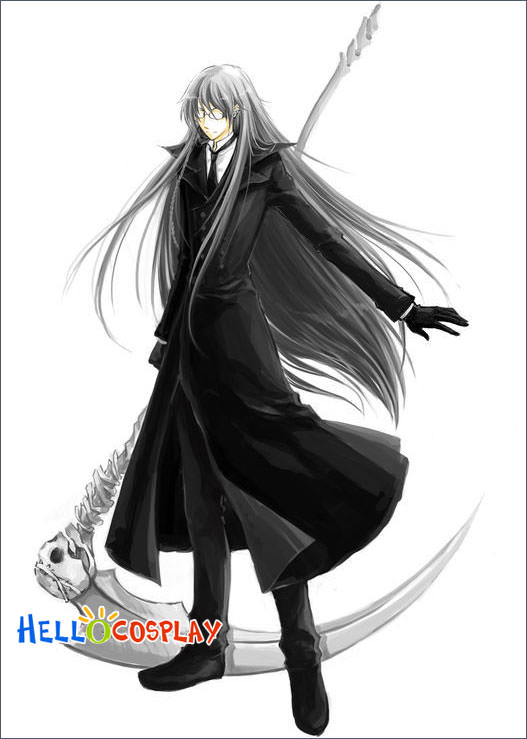 "You are stupid, therefore wrong."


Chisei watched his shot fly, and watched it be instantly deflected by the thirteenth captain. Chisei smiled, he had expected nothing less from a captain of Ichigo's caliber.

The relaxed stance of the Captain changed nearly instantly when Chisei pulled the trigger. It was not so much sensing what the spiritual energy of the other Shinigami was doing - Ichigo was still no good at really analyzing that - but rather a warriors reflexes that surpassed thinking about what to do once someone launched an attack. The shots were hurled, and for most people, they would scream death as they fly, but the Vizard had his ways of dealing with techniques of this caliber. Not that it would be child's play, though.
Reaching out for Zangetsu, Ichigo finally seemed to get serious himself, and as he hit the first two shots with his left fist and fired them off away into the air like a baseball player, he brandished out the giant cleaver, but strangely, the cloth did not come off this time, not revealing the sharp cutting edge. Charging forward right into the bullet hell, Ichigo held his sword infront of him to deflect a couple of shots, as ten of them at the same time grazed only slightly by his head. Just deflecting such a mass of shots would be messy and leave him open, so he had to take the route of overpowering it. His Hollow Powers would need way too long to charge up, and a Cero wouldn't be able to be fired until after this storm was over - so his mind decided together with his body after maybe 900 of the shots where either deflected, grazed over his body or even hit him with full force.
"Getsuga Tensho!"
Slashing upwards from the ground, a blue, shining energy blast was released from his Zanpakuto Zangetsu, flying off into the air above the barracks, but not before making quite a bunch of the countless shots dissipate, explode or even outright absorbing them. Using Shunpo, Ichigo passed the last of the shots, charging right through them, even leaving a slight after-image for the tenth of a second - appearing right next to his Vice-Captain, but with the sword on his back again. He was on Chiseis left now, and without any hesitation, aimed a kick of his right leg at the backside of Chiseis head.

For a second, it may have looked like Ichigo came out of that storm without any scratches, but that would be wrong. His Shinigami Clothing was torn in many places, and he was bleeding on the forehead, the arms and his whole body in various, small places. None of these injuries were major or incapicitating, but they still hurt like a bitch, and were slowly summing up. Chisei was maybe a bit stuck up - but clearly, no weakling.
__________________

"You are stupid, therefore wrong."

Chisei watched, wide-eyed, as the captain maneuvered, seemingly without effort, through his barrage. Chisei gulped. He would hate to have to face his captain in a real battle. This was terrifying.

Chisei felt the bursts of reiatsu that the shunpo left behind, and as one fluctuated next to him, he ducked instinctively, the kick missing his head by inches, he rolled forward into a handspring, shunpoing a short distance away, blade out at his side. His spiritual pressure, light blue and sharp, cut through the air around him. Exploding up into the sky and filling the air with a blue light. The main concentration of this energy was around his sword arm, where the blade was held, seemingly screaming for battle. Chisei smiled at his captain, raising his blade arm to the sky and slipping his finger through the trigger area on his gun, twirling it around on the edge of his finger. "Captain, I apologize for my sloppy approach to this. I should have done this at the start, knowing how powerful you are." He nodded softly, letting the gun complete one final rotation before grabbing the hilt, swinging it towards the ground. Chisei's eyes glowed bright blue as he smirked at Ichigo. Chisei pointed his arm straight at the ground and fired off a single shot, which stopped and expanded, separating into a thousand small shots, all surrounding him and swirling around him. Chisei spoke one word, and then the shots expanded, becoming a solid ball of blue energy around Chisei, engulfing him as his reiatsu consumed a pillar to the sky.

The shots swirled for what could have seemed like an eternity before a sudden explosion of spiritual energy made them fly out in all directions, harmlessly glancing off of buildings as they went. The dust, and his spiritual energy, receded, and Chisei was revealed.

He stood there in armor, silver with gold trim, and what appeared to be a slightly bird-influenced helmet.

He now has two sheaths on his thighs, his hands quickly move to them and pull out his gunblade.. except there are two of them now.

When Ichigo felt the increase in Reiatsu, he knew that playtime was over now. This energy - Chisei was more than a simple Vice-Captain. He had the power to be a Captain himself, for sure - not just the Reiatsu, but the Bankai in itself spoke enough to notice that. Right now, his hand pulled out Zangetsu - for real, this time, with the white cloth coming off and shrinking in size, as usual, revealing the giant cleaver that was as light as a feather for the wielder, since it was a Zanpakuto. Ichigo wasn't so delusional as to think he could beat someone who was maybe around Renjis level without his sword.
"That's alright... as long as you don't hold back, now." The blue light waving behind Ichigos back, his Reiatsu took on the shape of an aura around him, the bright blue spiritual aura of a monstrous head, as the energy bullet, now way faster than before, was aimed for him. Slashing down with one swift motion of his right hand, the spiritual blade cleanly cut through the energy, which was split into two halfs which speeded past the Captain of the 13th with only minimal distance between them and him. It was still not so fast as to make it impossible for the Vizard to keep up. At least with only one bullet, the effects of more of them would slowly show themself.
However, he didn't plan on giving Chisei another try with firing a shitload of them. Using Shunpo, Ichigo dashed forward - no tricks, no certain tactic, just appearing slightly above and infront of Chisei to slash downwards in a huge arc.
But something was now bugging him. At first, his new second in command seemed like a throwback to Ishida, but now... there was something entirely different underneath the surface. Well, it would've been too much of a coincidence to find a guy with the exact same attitude.
__________________