Who are you, inside? [Hime/Lethe]

Suddenly, Hime. Lethe was so started by the appearance that she shrieked and jolted backwards, landing on her ass. Hime definitely seemed to know the wild thing in her head, but not well enough if she was calling her 'straight-forward'.

"Straight forward? She's insane!" Lethe shouted, shaking her head wildly. "It's like she knew exactly what was going to happen when she started her whole thing, and then did it anyway. How do you get so deranged you commit to that level of self-harm just to help a group of ignorant, hypocritical assholes?" Lethe asked, clearly rhetorical but also clearly distressed, if the wordless howl at the end was anything to go off. 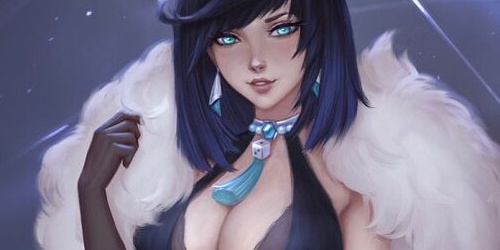 Lethe's words were undeniably correct. Ulv was truly an enigma, even to the graceful Shinigami who spent her fair share of time around her. No matter how difficult a challenge or obstacle, that passionately eccentric woman would charge towards it with the joy of a reckless child, eager to solve the issue and offer her own form of resolution. To bear such a weight as that would have crushed the mind of those with lesser mettle, and yet, she still persisted. Insane... it was the perfect phrase to describe her. Even so, that's who Ulv was. Hime had known the woman long enough to know she would never back away from aiming to help others, even if it happened to ruin her, and judging from Lethe's distress, the fear of becoming someone who would follow a similar path no doubt frightened her. Hime wanted to believe that was why she was so terrified by the revelation. Sighing softly, a motherly smile forming on her lips, Hime would offer Lethe a hand.

"I wish there was a way I could properly answer that question, Lethe. I truly do. Ulv was an enigma whose will knew no limits. If there was something that others thought impossible, she, like a madwoman, would find a way to manifest that possibility into reality. Of course, just because you house a piece of her within you does not mean you will be forced to follow that path. I can help you and guide you along."

"I don't have a piece of her. I am built with everything she has ever done inside me. I am the Danava of Martial Arts, and there was no Martial Arts quite like Ulv's. Nidhana is just a dumb computer and didn't pick out the relevant parts, so now I have to suffer watching her life in first person. She was in agony, her soul burned by the flame, and yet she just went and made it hotter so it would be better to help other people with! And then when they had been helped by her, they turned their backs on her because they didn't like who she was helping next" Lethe exclaimed, holding her head.

"What is with this world? They blame you without offering any help to make sure you don't do it again, and then blame you some more for the next time! Can't they see they are perpetuating their own misery?!"

Hime recalled a moment when she once saw a woman that appeared as if she were unraveling at the seams---Hannah Chiza. A dear friend to whom Hime held a great deal of respect. It didn't bear any particular relation to her current predicament but the similarities applied nevertheless. Even with the illumination of Lethe's true nature and the newfound knowledge that she possessed more than a fragment of Ulv's aspect within her, she had to live with the memories of everything Ulv had ever experienced, both beautiful and terrifying.

For what it was worth, the graceful Shinigami held some degree of debt towards Ulv. She had singlehandedly accelerated the reconciliation process with her and her beloved sister, Kirio. If left to her own devices, Hime knew she would have never developed the courage to face the woman directly and apologize for her past transgressions. Hime's duties and workload had compromised her ability to spend more time around Ulv but it would seem as though others had grown apart from her due to personal differences and alignment. What a cruel way to grow apart, she thought. As a newly born Danava, Lethe had to carry the burden of living with these memories because they were in essence, ingrained in her spiritual makeup. A troublesome ordeal, to be certain. Be that as it may, Hime would not allow her to face things alone.

Leaning forward, Hime would pull the woman from the ground and welcome her into a motherly embrace. A similar action not unlike the one she employed to bring some peace of mind to Hannah's state of mind in the rain. She was precisely the type of woman who would console those she perceived as friends even if her words faltered and her advice fell on deaf ears.

"The world can indeed be a cruel one at times. I once thought myself to be irredeemable, hardly worth an ounce of forgiveness or a path towards redemption. I made many mistakes, far too many to count on one hand. However, I will never forget the impact Ulv Auber had on me. She helped me a great deal, and it pains me to know what happened during the times I was unable to plan a visit to see her. Still, even if I cannot offer any words to settle your spirits, my support and guidance remain unwavering. An uneasy mind only welcomes more distress. Your plight is not an easy one but it is not something you have to face on your own. If I can help, I will give it my all."

Suddenly, gentle hugs. Warm, and comforting, it was reminiscent of something Ulv had done so many times, to so many people. So Lethe just melted into the hug, and wrapped her arms around Hime. Lethe had no idea what to do with this anguish, since Ulv just burned herself hotter to escape it, or indulged in hedonistic venting, and Hime wasn't really interested in the second of it. Plus it would be dangerous to just go out and randomly find someone to do that with.

So she would just be with Hime for now, unsure what to do or where to go.
"The world perpetuates it's own cruelty. Like it wants to have villains in it so there is something for the 'Good Guys' to do...It is so deranged, and I don't know why they do it"

Holding Lethe within her arms, Hime would pat her head softly as she continued to listen to the woman voice her disdain towards the cruelty of this world. Her views weren't entirely unfounded. Mankind had an entire history of conflict to back her up. Deranged was certainly one way of describing it. Hime truly wished there was another option other than this momentary consolation. The graceful woman desired to tell her that there was more to this world than what her eyes perceived, to tell her that this world was beautiful.

Of course, another part agreed with her. The world was cruel and nothing ever truly felt fair. Even so, there was nothing one could do but continue moving on and stepping forward, build a foundation they could rely on in difficult times, and live life to the fullest in spite of it all. That was one way of walking through the darkness, though far from the only method. Having someone to support you went a long way as well.


"Deranged is one way of describing it. It has been that way since time immemorial. There are those who will readily claim they are just while declaring those they've assaulted or hurt were the villains. Conflict is a difficult thing to swallow, let alone witness. I wish I could give you the answer as to why it's like that but... I feel I'd be a hypocrite considering my past. All we can do in the face of that cruelty is move forward, rely on those who will care for us and support us, and try to find our own place in this world. There are many things I don't understand myself, but know that I am here to support and look out for you whenever you need someone to confide in, to make the world a little easier for you to live in..."

Hime was a lovely woman, and Lethe found herself calming at her touch and her caress. It was nice to feel loved, and Hime's offer went a great way to helping Lethe keep her stuff in and deal with it in the future.

"Thank you. And, I am sorry for kissing you. I know you and Elyss are a....thing? I didn't mean to intrude there" she would say, wiping her eyes and trying to get herself back to a mental normality. It would not be something she'd do for a long time yet, but still. The attempt was what would drive her ownwards.