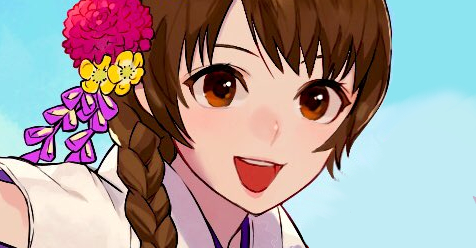 IRA HOLYFIELD
Ira had already been considering taking Kasha's hand, or at least holding out his own to be taken, but that had seemed like it might have been too forward from him. He knew he probably ought to actually just go for it if things like that came to mind, but he wasn't trying to look desperate, or rude, for that matter. Still, he'd resolved to not get caught up in worrying about things, so as Kasha took his hand, Ira responded by walking a bit closer, enough to make it clear that he approved wholeheartedly of the gesture.

"So tell me a little about this friend of yours. What sorta guy are you hanging out with when you're up here without lil' old me to keep you company?"

Some might have thought a question like that was a sign of some degree of jealousy, or that he saw some other guy as a threat, but Ira definitely wasn't that sort of person. That was just the sort of question he always asked when he'd been on dates. You wanted to get to know the person, right? And he always talked about Yugiri, seemed only natural to ask something like this. 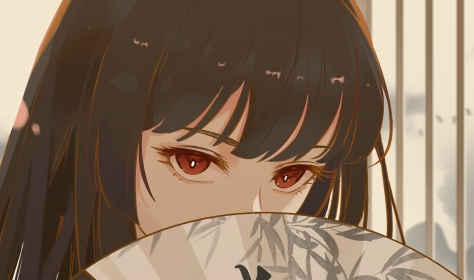 KOIZUMI KASHA
"Sawachika Kyo is his name. He's my friend from the Shin'o Academy and we serve in the Fifth Division together. He's a larger than life man, very loud and boistrous but also quite creative and artistically gifted."

Kasha explained in the shorthand. He wasn't going to go too deeply into his friend since he didn't exactly want to speak openly of his business out of respect and they should probably meet formally for Kyo to have some things to share with Ira of his own.

Surely his friend would be disappointed if Ira already knew everything there was to know about the Big Bowl of Sawachika before they even met?

IRA HOLYFIELD
"Oh yeah? I wouldn't have imagined that being the sort of guy you'd hang out with, but I guess friends aren't just decided on who's similar to us, huh? I wouldn't mind meeting him some time, he sounds like quite a character."

Ira honestly thought this guy sounded like someone he'd probably get along with, but then again, he could just as easily not stand him. Wasn't exactly like you could see the future when it came to making friends, after all.

"What sorta thing do you guys do up here, anyway? I know I mostly just come by to visit, but it doesn't seem like there's a ton to do around these parts. Guess that makes sense given the Gotei's sorta a military organization, though."

He was honestly just curious about his date's everyday life. He felt like he tended to talk a lot about himself, but he didn't ask too many questions.

KOIZUMI KASHA
"What do we do up here?"

What an interesting question, Kasha personally couldn't say that he enjoyed the same leisurely activities as someone else. He supposed that he could compare it to Shishiyuki and her own spouse. A noble led a different lifestyle than the ones who didn't belong to aristocracy.

He was not the ideal person to poise this question to.

"Well, I imagine that many shinigami have similar hobbies as you all do down there. Despite our dated looking architecture and culture I assure you it's quite modern in places."

Kasha hoped that answered the question sufficiently. Not necessarily perfectly but enough to satisfy Ira's question from their perspective.

Though it was a short answer, it certainly wasn't as if Ira had been displeased by Kasha's explanation. It was, honestly, just a very genuinely 'Ira' way of responding to that. He did think it was neat, and he wasn't the sort of guy to come up with fancier words for it.

"Well, if there's modern stuff up here, I wouldn't mind seein' that some time. Might find an inn up here and see the sights."

Of course, he wasn't actually sure if that was like...allowed. But what was the worst that'd happen?

KOIZUMI KASHA
"There are plenty about, I can't say exactly how effective your pursuit would be for one in the Seireitei, being the base of operations for the Gotei it is less travelled by outsiders. I hear the Rukongai though has many excellent qualities - especially in the closer districts."

He paused as he said that before thinking to himself. It shouldn't be that hard really, he was a Koizumi after all.

"Well, I suppose it shouldn't be too hard to acquire you some freedom in the Seireitei for a few days thinking about it."

IRA HOLYFIELD
Ira wasn't totally familiar with the Seireitei, but he was certainly aware enough of how it worked from traveling here with Yugiri to know that it definitely wasn't a place most people got to just come to without issue. He had to imagine staying here as a civilian took a little bit of pull, and while he knew Kasha's family was pretty important, he also knew that still meant Kasha would be pulling a few strings on his behalf.

He liked that thought.

"Ya think so? I'd be pretty grateful if ya did that for me. It'd be a good chance for me to learn a few things, figure out what it's like up here. And hey, I can even come say hey more than just once a month."

It wasn't very subtle of him at all, but he really wasn't fond of subtlety in the first place. He wasn't just interested in staying up here for the sake of seeing Kasha, far from it in fact, but he'd be lying if he said that wasn't one more appealing aspect of the opportunity.

KOIZUMI KASHA
"Of course. It would be my pleasure."

He did say that though with the itch at the back of his head that Ira's misdemeanours could surely be reflected onto him and that would certainly be irritating. Kasha wouldn't have offered it though if he didn't have the faith and trust to feel confident in the first place.

"I would offer to provide you a place to live but I wouldn't imagine my sister would appreciate coming home to a new tenant."

IRA HOLYFIELD
Ira's grin widened just a touch at that one, even growing a little bit more coy. He wasn't sure if that was Kasha flirting or being genuinely nice, but either way, he liked it, and he knew pretty much how he'd want to respond to something like that regardless of which it was.

"I guess that's fair, wouldn't wanna be too much of a hassle now would I? But I'm not sure I'd mind gettin' into a bit of a tussle with your sister over it. Might be worth the effort, long as you promised not to go peepin' in on me or anything."

Of course, he didn't actually think that was something Kasha would do, and his tone made that much abundantly clear. He walked just a touch closer to Kasha, quite enjoying this little outing. He was used to people a little different from this, to put it real lightly, but that wasn't an issue.

KOIZUMI KASHA
A tussle over it with Kasha of the Searing Flame? Kasha would not wish that upon Ira, the pretty girl would surely be scarred by the time that his teacher was done with her. Just because Ira was full of spunk and vigour it didn't change the fact that his teacher didn't like holding back when challenged.

He contemplated saying more but refrained from as much. It didn't sound very charming to infer that he'd already seen more of her than was modest after their acupuncture sessions.