While this isn't necessarily the way how she wanted it to happen, it was good that they were actually talking with each other. Nobody really says anything to anybody anymore unless it's to talk about how bad Chidori is, apparently.

"No, no, me leaving is how I ended up here in the first place." She waved her arm to gesture her family members to sit down. "I tried my way, now I'm going to try it his way." Papa was still watching this unfold, not seeing a need to intervene in the squabble. He wasn't really good with de-escalating fights anyways due to his size and strength. Also because women are complicated and he's learned to just let them settle things themselves.

"I get that my impromptu vacation was a bit selfish but one should focus on themselves before they try to better others, self-care and stuff. Sure I'd already be a bad leader the way I was, but then I'd be a horrible leader and also crazy, which would make us nosedive even faster. Life has been rough, too all of us, but I hope that in my efforts I can make our family a little closer so people who were or will be in the position I was in could confide in the family instead of elsewhere." This talking stuff was actually pretty difficult, as Chidori was required to think before she spoke. Maybe what she was saying didn't even make sense but she will explain it in due time.

"While this was a bit... rough, it got us talking, which we were doing little of before. Honesty is something I hope will be present in the future, because I want to rely on you people. Kokoro, your diplomatic nature. Yugiri, you're strength and your speed. Kintori, with her work ethic and resiliency. All of you have a different desire from what you want in a leader and I realistically can't please all of you, but I want to try my best." 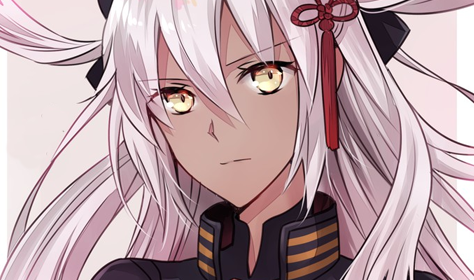 Yugiri Shihōin
She was expecting more, no she wanted more. Chidori to keep biting at her so she could keep feeling justified in acting this way and letting her pent up anger and frustration onto her.

All she could really do was take a deep breath. Bite her cheek until she was calm again then move on from there. Her eyes turned to Yushiro for a moment, she still wanted to beat Chidori up or even leave. She didn't want to swallow her pride or feelings right now and talk this over with Chidori.

She held back anything else and only said the most basic of things which acknowledged it. Rising up from her seat she hid her hands in her kimono again and looked at Yushiro.

"May I be excused to leave uncle?"

Waiting for his response, just because she wanted to leave didn't mean she'd forgo ettiquete and leave without being dismissed. That wasn't her way.

Kokoro didn't even really know how to respond to that. She clenched her hands into very tight fists, her nails digging into her palms and pulling her back into a calmer state of mind, at least a little bit. So that's how it all was? Just gonna...

Forget it. No point keeping up with this. But Kokoro was a proud girl, through and through. She wasn't gonna let anyone stop her from having dinner. The girl wasn't even hungry anymore, but it was all a matter of principle. This was the food she'd wanted, she was gonna sit here and eat it all even if she threw up later. It'd be rude not to.

So she just sat right back down, got a new bowl, and went right back to eating. She didn't make eye contact with anyone, and it was pretty abundantly clear that saying anything else would just make her angrier. All Kokoro wanted now was to just enjoy her dinner.

Things had calmed down to simmer, the argument dying down for now but certainly not over. The Mooncutter could only tighten his jaw at it all, feeling uniquely out of his element. But provided Chidori sat down, he himself would also do so begrudgingly. Whatever he had to say was done it, and it wasn't like anyone was going to listen to him anyway. But he was here to support his girlfriend, and apparently his baby momma. Any level of hesitation or internal strife he was feeling was immediately pushed down and to the side, bigger things needed to be addressed. So provided they didn't need anything of him, he'd eat keeping to himself until Chidori was ready to leave.

It seemed like everything calmed down for the most part, so it seemed like it was about time Papa said something. "You know Chidori, I'm happy for you. Congratulations." A glare was shot towards the other two as he thought he raised them better, but then again he could have only taught them so much. "But I think it's time that you learn that there are consequences to your actions. Both you and your cousins had brought up some good points, and while I don't agree with everything they've said, I do believe that you have crossed a boundary and betrayed my--no our trust." There was a good minute where Papa was breaking out into a coughing fit. Yugiri and Kokoro have probably known about this for a while, it's not something he kept a secret or even tried to hide because he just assumed it was a bad cold. He'd get over it eventually.

"And while I'm glad and hopeful to see what you are going to do in the future, I think we can't just forget the past." There was a sinking feeling in Chidori's chest. Fear. She hated how it felt and that she was feeling it now more than ever. If there was anything she was afraid of truly, it was her father, because he was one of the few people in the world that knew her weaknesses and had power over her. "We'll discuss punishment later, but for now we'll eat." He waves off Yugiri, a gesture meaning that she can leave, though before she would go he would have to add something. "Don't think you're off the hook, either of you. You may not respect her but you must respect the title, because without it there would only be chaos. There was another coughing fit follow this, this one much worse than previous. He drops his chopsticks during the fit, leaning over and gasping for breath when he can. It was around this moment that he realized this wasn't just a simple cold.

"Papa, do you want be to get you some water-"

"No." His pride would end up being the death of him one day, but luckily not today. Today was when it would take a serious toll on him though, as he finishes the fit by coughing up blood and splattering it all across the floor mat before passing out. Chidori quickly runs to him and hold him, searching for a pulse. "Quick, someone get a doctor!" She would find one, faint but still there, the sound of all of the servants' footsteps echoing throughout the estate.

Yugiri Shihōin
She waited, listened to his verdict and thoughts before he ultimately turned his attention back to her and waved her off. Good, she'd had quite enough of this but she looked pretty impassive as Yushiro pointed out respect for the title as if that wasn't the only reason Yugiri had been so tame in this encounter. She did not the frequency and severity of his fits growing though but he was persistent in not getting it checked.

She was already at the door when there was a thud and she turned around to see what had happened and her cold visage dropped as she realised what had happened. Having to acknowledge it as real even but it didn't matter that these servants were looking for one, Yugiri could outpace everyone here and so instead of staying which would by no means help. She turned to leave.

Activating her shikko there was a loud humming sound that radiated from her as the energy vibrated her whole being, it would hurt after she had finished but pain was the last thing she had on her mind when the urgency of finding a doctor was the priority.

That was another bowl broken now, but this time it was because Kokoro had dropped it. Not that she cared in the slightest now, as she was already at Yushiro's side in a matter of moments. She knew nothing about medicine, so there was nothing she could do in that regard. But she did know that he was in no shape to be standing, and in a single breath, she picked him up entirely, her hoyoda giving her more than ample leverage on what would otherwise be a nearly impossibl task, given the differences in size between them.

"Chidori, take off my obi and pour some water on it, put it on his forehead. It'll cool him down a little."

Of course, Kokoro knew nothing about actual medicine, but in her quest to be the best Shihoin possible, she had certainly picked up on a few household remedies here and there. That'd just be natural if she was going to get married one day. Not that such a thing was on her mind in the slightest right now, though. All that mattered to her right now was that Papa get help, now.