Back In My Day [Hayden/Lyza]

Back In My Day [Hayden/Lyza] 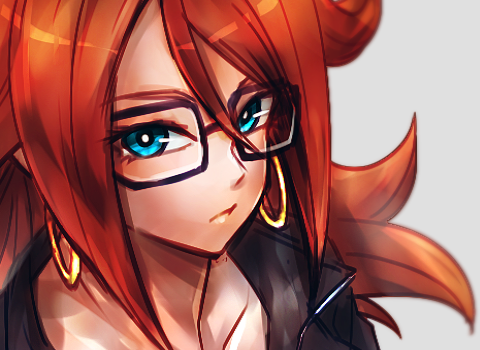 It felt weird to be in a place like the base of Lux Orior. Not because it was a strange new land that Lyza had yet to adjust to, although that did play some part in her feelings, but rather because it... didn't really feel all that different from something else she was used to. The Vanguard's base, at least back when she was in it, kind of felt like this. The militaristic feel of it all was so familiar, yet this wasn't the Vanguard. At least, not as it used to be. When everything merged, she could only assume that each individual part kept their identity like this as they moved to one singular base of operations. That made her curious though. What if someone else felt this strange form of nostalgia like she did?

Surely someone did, but Lyza didn't recognize any of the faces she had seen here. If anybody from her day stayed through the merge, they weren't here. Even as she looked through the barracks, nobody seemed familiar, which only proved to make her feelings of nostalgia that much weirder. Like she wasn't supposed to feel this way. At least she would get to go home later and be rid of these conflicting emotions.

But what was she going to do until then? What even was there to do? Back in the day there was plenty, but now it seemed either automated or like tedious household chores. While Lyza did quite a bit in the day, she didn't have the drive to get up and housekeep anymore, nor did she really desire to look for any external work like something that someone in the Vanguard would do because they were in the Vanguard. So why was she even here? Perhaps it was this sense of nostalgia and the idea of going back to her old, motivated self that drove her to join Lux Orior. Being here wouldn't change anything though and she knew that, so why even was she here...?

Lyza sat on one of the chairs, as she had been for the past hour or two, and contemplated her next step or if she should even take one. What to do? Why to do? How should she do it? The woman began to overthink as she leaned forwards in her chair and started to work her decisions in neverending circles, finding paradoxes of motivation, or rather her lack thereof, and ultimately getting nowhere.

"I don't want a repeat of Karakura, I want hourly reports until we take the capital. I refuse to be caught with with our pants down again."

The baritone voice of a Hayden would be heard down the hallway, the rush of aides and attendants as the man walked in full war gear. Perhaps cutting an image back to what he once was: The leader of the Initiative and at one point the Reagent-General. Where others had slowed in their life since the merging of the triple entente which was Lux, he had not been afforded the luxury. Instead he had to keep moving, making the life or death choices which the world needed currently. But as he finally sent the aides away to continue the conflict abroad, he had a moment of silence.

He didn't see the woman, not really, as for a moment he felt alone. A hand being brought to his forehead, his other coming to rest on his hip. Head dipped down as he took a shaky breath, wondering how much higher the loss of life would be. If he could one shot to end this conflict, he'd take it. He had to wait, to choose his moment carefully. He had but one, chance. His hand removed it's self from his forehead slipping between his armor to reach to his neck, pulling up a locket. With a careful click he opened it to reveal the face of his wife, of his child. So much had changed since four years ago, and the weight was not lost on him.

As he began to close it, he looked off to his side preparing to go as he finally caught sight of the woman who was.. sitting there. This was awkward, as he prepared to speak to excuse himself he be blinked. She looked familiar, but he couldn't place her. He just asked:

Lyza blinked as a somewhat familiar face walked into the room suddenly, though he didn't seem to immediately notice she was there. On top of that he was wearing some rather intense gear for just being here. So Hayden was still in charge of the Vanguard? Or perhaps Lux as a whole now? Lyza had yet to get her bearings, having barely been in the organization for a full day at this point. Hayden always was the kind to push himself and see how far he would go, though now that she thought about it Lyza wasn't sure if he really desired that kind of responsibility. Hayden could handle it, but the brunette never ended up sticking around long enough to see if he'd go for it. Looks like he might have actually done it.

"Oh, you're still here." Said Lyza, though from the tone of her voice she didn't actually sound very surprised. "Guess that makes sense, huh..." Standing up from her chair, Lyza extended a hand towards her superior and old comrade. If the two had fought together, it would have been in a larger group. Even then, she estimated it would have only been once or twice. "Lyza. We've never met but I was pretty active in the old Vanguard before all... this."

Sure enough that was years ago, back when Azure was still alive. Lyza still remembered that man, though she only saw him once or twice on occasion. It seemed Hayden took his spot after... some shit, to put it lightly, went down. "So what the hell's someone as important as you doing down here?" Of course she would be curious, nobody of major importance was down here at the moment anyways. Or maybe there was. She didn't know at this point. "Looking for someone?"

"Preparing, ensuring we are ready for whatever is to come."

The man would reply without delay, for as his head turned once more to gaze in direction where his aides went. They where no doubt relaying the orders he had made, ensuring the safety of the homeguard. But soon his emerald eyes would fall on her as he took her hand, offering a firm handshake being mindful of his own strength. Once he released it he'd offer a nod to her. "Still here, and kicking. I'm the Head of Support and Defense."

One might thing he would prefer a more active battlefield role, but he had learned to respect the role defense had. It would prove a terrible thing if they where to win in the offensive but lose all they had due to falty defense. Or worse yet, unable to manage the logistics which came with managing such a huge organization. "If you where apart of the Vanguard, are you apart of the current Vanguard? The offensive arm of the organization. I'd expected all of you to being deployed."

Lyza took Hayden's hand and shook it, practically feeling the intense muscles beneath his skin. He was clearly containing himself well given that he looked like he could snap her in half with his pinkie, but that was besides the point.

"Ah... Nobody's come to tell me what to do, and everyone around here has only just gotten your most recent orders." The woman said, sounding a little confused herself. Still, she just shrugged. "No orders to deploy, let alone a place and time. Dunno what I'm supposed to be doing, no one's really told me anything..."

Though part of her didn't really feel like that was Hayden's fault so much as it was hers for not quite looking the part of a Vanguard member. Here everyone was in some kind of uniform our battle gear, and Lyza was still in jeans, a t-shirt, and a jacket. Then again, that was really all she ever wore to combat anyways.

"Guess no one thinks I really look the part." The woman said with a shrug. "Even if this is my usual combative attire. Armor slows me down, weapons aren't my thing... Is what it is."