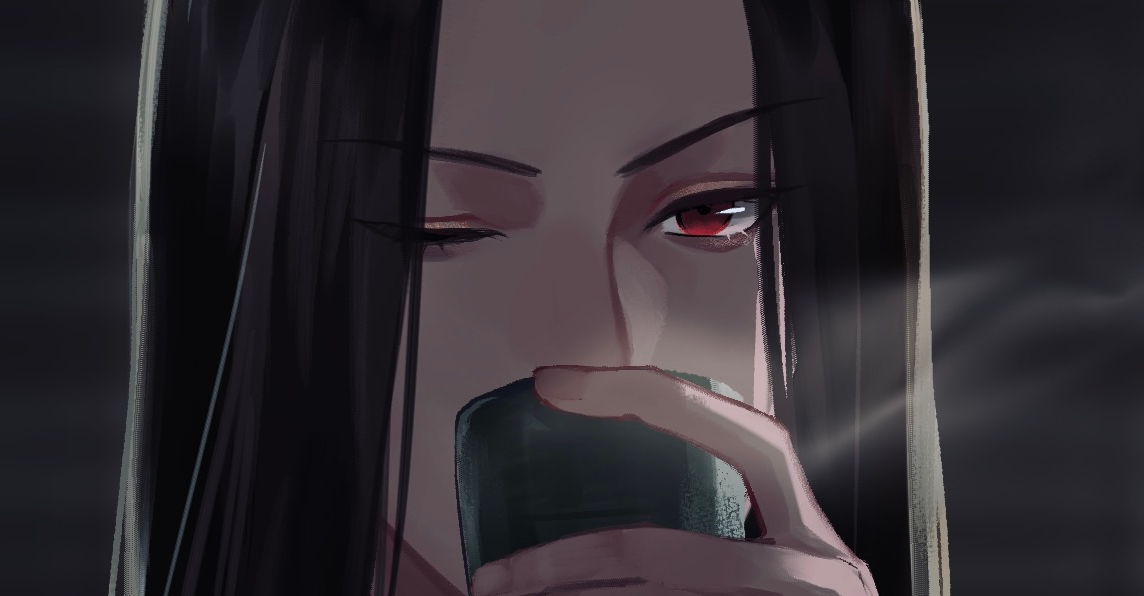 FUUEN | WIND BOUNDARY
Karakura. He'd been here before. What a strange thought, to know that, but Fuuen was hardly as disoriented as he perhaps should have been by that thought. No, if anything, it only made his contented smile just a touch wider, as he walked the streets with remarkable confidence. He could even remember what this place had been like so long ago, in more peaceful times.

Ah, wasn't this the location of the old teahouse from long ago? There was something faintly pleasant at the thought that there was still at least a place he might rest for a moment here, though he had to admit that he would have liked it if the very same teahouse had been standing. That would have been a bit much to ask, though, wouldn't it? So he entered, and he smiled as he took a seat and ordered.

"A set of odango, please, and a pot of kukicha, if you would."

Mm, this would be more pleasant with company, wouldn't it? Ah, what a shame. 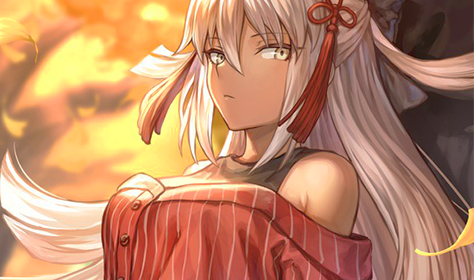 Yugiri | Rejoiceful Cut
Food would be nice, and she didn't have the little runt with her to cook. It wasn't like it was difficult to cook simple foods Yugiri had found but it would be a lie if she didn't like offloading such a task to someone else. It was still that lingering trace of blueblood in her veins that had just grown accustomed to it after decades that she had never really came to make it feel completely normal after her exile.

It wasn't like she'd let herself starve though and she had some money to spare so eating to go it was.

"One bowl of udon please. Uhm, this one."

She indicated with her finger on the menu and sat down. Settling in to the wait while glancing at the other customer. He looked very familiar but also not. She thought he was very cute though, if anything that made it all the more perplexing as to why he might not be able to be identified.

FUUEN | WIND BOUNDARY
Oh? Well, this certainly was a blessing, wasn't it? The very sort of company he had sought, and perfectly on time, no less. Perhaps there was one other woman that he might have considered more ideal, but then again, that conversation may have become a bit too serious for a pleasant little outing such as this. In that regard, this was the prefect company.

"How fortunate to come across you again so soon, Yugiri. I would ask if you've been well, but I imagine not much has happened since last we spoke. I can hardly say the same is true for me."

Fuuen allowed himself a small smile as he gestured to the staff, tapping the counter next to his teapot to request a second cup be brought for Yugiri.

"Do forgive me if I am not so immediately recognizable now, but I think the loss of that purple hair will not be sorely missed. I was at least correct that the Fuuen of the here and now would not be overwritten by the Fuuen of the past when my memories returned, and I think that is all that matters, hm?"

Yugiri | Rejoiceful Cut
There was a faint recognition when he made it all clear, well that did seem to make sense. He was indeed right though, not much had been happening. Well, besides Jefferson and adopting this little girl that she dragged around. Stupid kid and the nonsense she spoke but it would be a lie to say the runt wasn't growing on her like a little benign tumour.

She left her thoughts though and smiled back. He did look strikingly different without the purple hair but she couldn't say she felt either way about it. The colour of it rarely mattered when he did have the features that he did, as far as her opinion of aesthetics went.

"Well, it's not like it's an improvement... or a detraction from your looks."

There was a hasty attempt to correct herself there when she realised that the simple comment could be taken in a widly different way than she intended it to be, for a brief moment she had recoiled and tried to show her regret for making it in the first place.

"Anyway, I'm glad you've reclaimed your memories. I take it there's been no discourse in having done so?"

FUUEN | WIND BOUNDARY
While Fuuen had thought to give a sly comment on the mention of his looks, he chose not to do so at the swift change of direction she had taken. It was all well and good to make such a quip, but he was here to enjoy the evening, not to send her off in a huff. Mm, he'd not have found that quite so amusing before, would he have? How strange, and in some ways displeasing. Well, no matter.

"I would certainly be lying if I said that it had been a completely seamless change, but it certainly has not been the existential crisis that I worried it might have been, either. In the end, it simply feels as if I've awoken from a rather long dream."

As the odango arrived, along with the second teacup for Yugiri, Fuuen gestured to both, inviting her to partake. He had already ordered more than he likely would have eaten on his own, if only as some sort of abstract prayer that company might arrive.

"But I certainly prefer to be awake, I think. There is far more wonder in the world when I can see it in full. And to recall the full breadth of my swordplay without the mire of my lost thoughts? That is all I could ever ask for."

Yugiri | Rejoiceful Cut
He was really dedicated to his swordplay though if she thought about it, she would be pretty depressed if she had lost the full scope of her Hoho. The techniques, the different applications of it she had. It'd be like someone just took her wings away from her and she did not want to pretend that she would be completely alright with that. It'd be a time to despair.

"So you've been travelling the world since you woke up, huh?"

Gathering from his talking of the world being more beautiful it seemed like the logical assumption.

FUUEN | WIND BOUNDARY
"I have, though I have been taking my time in each place. I think it would be a bit underwhelming to simply pass through swiftly and fail to learn anything about the places I travel. I learn of the culture, the arts, the foods, and only then do I continue on my way."

Taking one of the odango from its skewer, Fuuen examined it only briefly before slipping it into his mouth, studying the teacup in front of him absently, the subtle unique points in its form from having been made by hand. It fascinated him, though he would fully admit (to himself, at any rate) that it was not half as aesthetically pleasing as the woman beside him. Ah, that was hardly relevent though, hm?

"It is a rewarding lifestyle in its simplicity, and I understand why many move to such a life of near vagrancy. But I must admit that, ultimately, I still vastly prefer the pursuit of my own aesthetics over any sort of duty."

Yugiri | Rejoiceful Cut
Nodded to herself while sipping the tea, it wasn't something she reflected on but her life of wandering and what was essentially vagrancy did appeal to her more than being in a stuffy manor. It was like a cage and now she could spread her wings, do as she wanted and go wherever she pleased yet she also noticed that she did not care an iota about exploring the other realms.

Earth was so full of mysteries and new things, a nebula of different things that she could spend a century here and still not understand it all. That myriad she doubted that she could find elsewhere - and it was principle that why would she consider expanding her horizons when stones were left unturned here? Earth was a lot prettier than she had thought growing up.

In her wistful thoughts though she looked quite distracted, absentminded even to him while sipping her tea with a small grin. It was the kind she'd think looked a little stupid if she saw someone doing it.

FUUEN | WIND BOUNDARY
Fuuen watched Yugiri with a detached sort of interest, her absentminded expression rather fascinating. His hand moved to grab the notebook that he always carried with him, though he noted that he had not touched it in quite a while. Well, this certainly seemed like a reasonable time to give it a bit of use.

"I do hope you will not mind too terribly if I commit that expression to paper? It would be a shame to let it fall into impermanence, though I suppose there is some beauty in the thought of that as well."

Of course, the Fuuen of now understood how such a thing could be taken, that it was very easy to interpret it as flirtation or the like. But it was something he still quite genuinely believed, and besides, he could hardly see any issue in it even if it were a bit forward of him.

Yugiri | Rejoiceful Cut
His question broke through her thoughts and destroyed the expression she was making. A confused look creeping onto her features instead while looking at the notebook and deciding how to respond.

"I suppose if you want, I don't really mind although I won't make it again so I hope your memory is better than it used to be."

She said with a small amount of teasing directed at him with it, her lips and eyes hinting at the impish attitude. It wasn't something Yugiri would say but the more smug expression she made with that comment was one she'd much rather be what was immortalised in his notebook.

Permissions in this forum:
You cannot reply to topics in this forum
Who is online?
In total there are 15 users online :: 0 Registered, 0 Hidden and 15 Guests