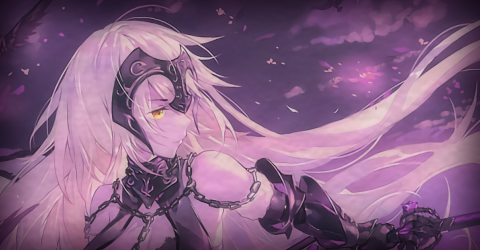 Psychological Analysis
Kiku appears to be an exception in temperament amongst the usual Hueco Mundo occupant. Though not overtly so due to her lack of expressiveness, she has a kind, positive disposition during an interaction, presenting herself with a modest amount of hospitality by default, such treatment only changing if she has been given a reason to think they do not deserve such. She is considerably polite and protective of those she grows to care for, possessing a great moral obligation to protect the “weak”.

Although she possesses a strong resolve, she frequently suffers for her naivete, often putting misplaced faith in others who may not entirely deserve it. Her ability to discern another's character is relatively simple and surface level, being on the black and white side of judgment. Anytime someone greatly defies her original determination of them, she is often left extremely confused and even almost emotionally unaccepting of the new information. She struggles with change and is often left feeling lost for a while if it’s a drastic enough deviation from the norm to her.

However, if she is in a situation where she feels someone has truly, fundamentally wronged her, such as putting herself or others in peril, or having pulled some incredible bout of harmful deception, this triggers an incredible, indescribable thirst for revenge within her. It is a restless, angry beast that will not be satiated until the cause of it’s awakening has been dealt with.

Even from the early days of her emergence in Hueco Mundo, the wrath of Kiku was known by those who had the misfortune of coming across her victims. She spent her first few years as a lonely Adjuchas, wandering without purpose, decimating any who even tried to take her as prey, until she witnessed a sight that wavered her cold heart - a smaller, more pathetic hollow being threatened by a larger adversary. It evoked the wrath of the tiger, the harassing hollow rendered nothing but a corpse, looking upon the smaller hollow with fondness and an insistence to come with her.

She’d soon form a small group of these smaller, weaker hollows whom she had saved, and even attempted befriending them. Unbeknownst to her, the hollows were either too unintelligent or more focused on surviving than having any positive interaction with their protector, even fearing her to a degree, so any compliance was them merely playing along with her delusions so they maintained their protection and food.

However, one of the hollows grew sick of this arrangement, and while Kiku was not present, ate the other hollows in the group and left. She returned to an empty cave, heartbroken. It shattered all the more when she figured that a member of the group had to have been the one responsible, sickened with rage and confusion she’d seek them out, eventually find them, and before attacking them simply pleaded, why?

The truth made her all the more ill. She’d black out in rage, and awake bloodied and having taken a different shape. Her mask broke in the conflict, she hungered no more… But after her rage, all she felt was emptiness as she lied in the sand, alone again.

She hadn’t a clue to make of anything, taken to roaming the sands by herself. She no longer hungered, and thus gave her even less of a reason to engage with others, eventually hiding herself away to collect her thoughts, only to be taken from the years of solitude with the ruckus the resurgence of the Espada created. She had slain many who followed what she saw as poisonous ideologies, growing an incredible disgust toward those who would carelessly trample on the lives of others who could not stop them.

Even if she was unsure of where to lay her life, she knew for certain of what she could and could not stand, and perhaps what she took some joy in.

Incredible Natural Physique
Even as an Adjuchas, Kiku possesses a frightening amount of physical power, only built upon over her time fighting the denizens of Hueco Mundo. Often naturally resorting to using her bare hands over any weapon or energy attack, Kiku has had plenty of experience fighting with raw strength and speed alone, such feats coupled with her power being what carries her through fights that someone at her level would be thought to perish to.

Catharsis
When Kiku is adrenalized in a fight, her ability to feel pain is greatly dampened. She won’t feel even the worst injuries until she calms down, in which the wall of pain will catch up to her. If the wounds sustained in combat were severe and numerous, this catchup effect can be enough to render her completely unconscious or even comatose for several days, regardless of how healthy her body is.

Vengeance Strike
An ability currently triggered only when it feels as if a grievous wrong has been dealt to Kiku, provoking her to seek revenge against the one who triggered it. The ability works in stages, buffing particular aspects of Kiku’s abilities depending on the level.

Lvl 1 - The beginning level of Kiku’s Vengeance Strike, which brings all of her physical abilities to their natural peak and maintains that peak for as long as the ability is active. (Operates at the peak of any given physical stat’s level [Ex. If her strength is Beginner, she works at the pinnacle a beginner strength user would be capable of])

Lvl 2 - Increases her regenerative abilities. Remarkable damage sustained instead converts into energy that forces her to continue fighting. (Activates 3 posts into combat) (+1 increase to her General Speed, Sonido, and Regeneration stats [Caps at Elite]).

(If Kiku ceases fighting for 2 posts, no matter the reason, the level will drop by one. If 2 more posts are spent not fighting, then the ability will cease.)