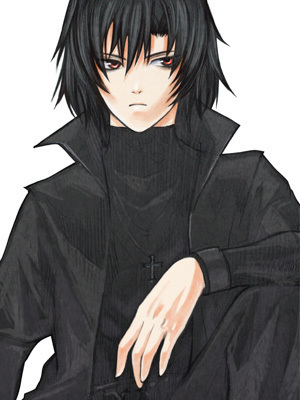 Ai entered Hueco Mundo like any other hollow would by a garganta and continued to walk onward at a slow pace as if he was waiting for something to show itself to him. You see Ai believes that all living things including hollows and Arrancar have a path of life, as such he was a path walker in which case he guide people successful on their path and stay on course and a step closer to their dream so times it was the last step to their dream and other times it was only the first. But another thing is that Ai had always been a neutral person not becoming part of a org until the one he has currently come upon.

This org believed that if the rest all the realms through destruction they will become much better and for Ai he saw not only a better realm but a peaceful and neutral realm. One without war because of agreements and no evil shows it's face in this realm and to which case that Ai has figured was this is his own dream to restart all realms and recreate them anew. To which case is why he was in this realm today. For he sensed that something or someone was here that could bring him closer to his goal or to their goal since he knew that being a path walker that you were always a path walker except for back when he was only that he had a group that traveled with him and their goal was to help him to help others and the did this so very well to a point in which in the end if they didn't want to join the org with him that he declared that they themselves were Path Walkers. But all Path walkers needed a Guide in which they could be shown down the right path they needed to get to. they would get to one guide from where Ai has told them where to go and once they find that guide they will continue until they reach another and another as the cycle continues forward they may cross paths again with a guide orb the guide will decide to follow them down the path of a Walker. 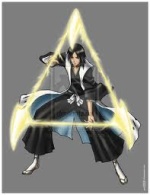 Nova would be walking in sands on Hueco Mundo, for some time to himself. He had his eye patch on his left eye, as his blonde hair was flowing in front of his face. He didn't know to many of the other people, because he just transformed a while back. His full body was quite interesting, as he needed to get use to it. So when he was going about his business, when he feels a strong spiritual signature. As he walked over to the source, and soon spotted someone in the distance. He didn't know the person, but he would at least hope he was nice. So he would not stop, and keep moving towards the so far not hostile target. " What do we have here, I'm never seen you around here " He said in a very calm, and very interested tone. Of course he didn't know anyone either, but he would just play that part off.
__________________
A life is such a good thing,But can be taken away so easily.
Hanataro,Yamada 3-1
Nova 3-1

"It is you that I seek....." he spoke as flashed in front of the other arrancar.
"I'm here to help you so you can help me, fate has told me so that you would arrive here and here you are now."

Althrough most would think of it as freaky of a approach but Ai saw it as showing the opprotunity in front of them and if they were not ready to handle it then he would make them able to do so for if they are not ready to walk down their path then how are they able to continue down it without him at their side. His approach was sort of a test to seem someone's reactions and most importantly their emotions. Something that Ai has shown much of in the past 1,000 years for a Pathwalker it is dangerous to show emotion for it can be a weakness and needs to not be shown so carelessly while power is hidden to be a advantage for those who know your strenght will try to prepare themselves and if you are powerful enough you'll attact trouble a lot of times if you wander. The path that Ai had choosen was a dangerous one but he's sticken to it even past death but he doesn't exactly know that very well it has as said been a 1,000 or more years since his life.

"So do you need help with something perferably a dream or lifelong goal?"

" If you think that's possible, then whatever you say guy "

Nova would smirk widely at him, as he approached him quietly. More liked flashed as he would have his hand ready to attack. Of course he seemed like he was looking for someone, and that was interesting to him. Then stating the words about fate, and that he was might be looking for him. It was a upset or more like confusing vibe he got from the man, and would just shrug at him. He must have been separate from Hueco Mundo, as he came here or he never seen them. So he would just have a hand over his hair, as he brushed it back slowly. Now speaking about a goal of sorts, and that was sure strange to him. He guessed it might be a once and a life time deal or something along those lines.

"That goal require quite a bit of power to challenge every Arrancar and Hollow here and Training." Ai stated this with a smirk.

Ai looked at the other Arrancar and hoped he got his point at the end with training as he would quickly pull out his Zanpakutō and dash back quickly from Nova as he would show that he had more power than he's obviously been showing to Nova and anyone around him. But the power would dim down as Ai would stop and watch for Nova's first move. He wondered if the Arrancar would be confused and run away, attack him to train or to kill him not knowing if Ai was going to kill him. Either way after nova made his move he would watch carefully waiting for the last second to truly decide on what to do and if he should continue to defend or go on the offense againist his guide. It was his dream to become the ruler of hueco Mundo and that was a very difficult task as he knew that it might not include him on the list of people he has to challenge but he knew that there were far more difficult foes that him at the end is Las Noches and he was fairly certain that no one at his skill level could be soon kind to fight him and spar his life if he lost today. But maybe he could take this fellow back to base and get him trained and by helping his goals to conquer Hueco Mundo he can assist in Ai's and the Rinyūaru's own goals. Wait was this the right thing to do he had never put his own goals ahead of the guide but then again wasn't he also his own guide now and the solution didn't harm Nova at all he accepted the request to join and he would even be able to evaluate him with this training.
__________________
I'm never going to be a hero! But I'm Zero!

Nova would look upon him, as he would smirk at him. He was much more powerful then he expected but it didn't phase him at all. He would pull out his Dagger sized sword, as he would get into a crazed combat stance. This was going to be quite fun, as he would lick his lips in joy of battling. " If you say so, then your my first target "

With those words he would sonido out of site, as he would appear again over Ai. As he would aim to slash his dagger at his head, downwards but also expecting him to evade or block. He would also add a swift kick to hit him.
__________________
A life is such a good thing,But can be taken away so easily.
Hanataro,Yamada 3-1
Nova 3-1