Picking up the rossies, pockets full of poussies!

Picking up the rossies, pockets full of poussies! 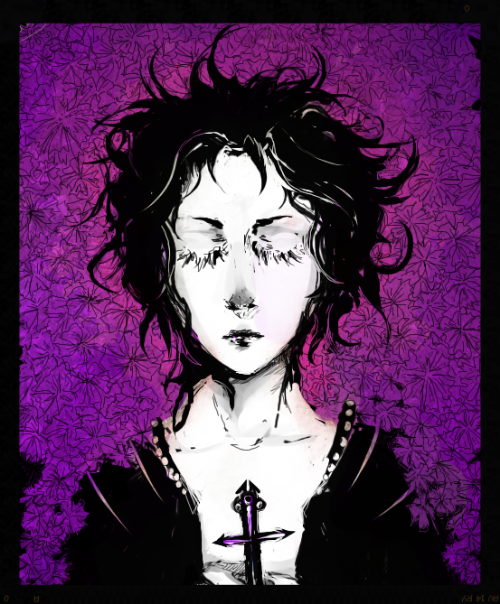 It was a empty and black space, in which Nize moved with ease. Path of white stones formed under his feet, but it actually didn't take him anywhere. This time Arrancar didn't have a real target of his destination. It had come to him, that without the Human Realm, he hadn't seen other worlds and places. It was quite sad, so...after baking a box of cookies which he now carried in one hand and setting Bi to guard his home, he opened a garganta to just...wander around. Maybe he will find something fun to do! Maybe not...

Finally, being ready to give up, Nize felt, that something had been hit. A border from one world to another. It wasn't Human world, that he knew. From one point it felt like Hueco Mundo, only...it was more pure. The energy there was much more purer, then his home, but as concentrated with reishi as The Desert. Slowly extending his index finger, the male could just feel the vale between this nothingness and world behind it. The force was strong. Much stronger, then to human world. It actually felt like this world didn't want him to enter, to step his foot as a stranger. Nize leaned closer to the pressure point and whispered, "Only for a moment...Let me take just a peak...I'm curious, that's all!"
With that he pressed, braking the line and opening the door.

It was beautiful! These kind of places he had seen only in old human fairy tale books and pictures, when earth wasn't as industrialized, as now. The sun was shining brightly upon his head. The air was full of sweet, sweet aroma of spring. Well, Nize thought that it is how spring should smell like. Sweet and refreshing. There was maybe one or two trees, both being full of green, juicy leaves. Somewhere, far away ,a city could be seen, looking as a castle. Birds were flying high in the skies, but, what had amazed Nize, was the flowers.

The ground was completely covered with purple flowers. The Arrancar giggled and jumped out of the graganta. He jumped from one place to another, smiled, laughed and landed on the ground, surrounded by the purple plants. By one side he got his cookie box neatly put down. By his other side, his zanpakutō. He felt happy, relieved, this was just amazing place. What was it? He didn't care right now. Again happily laughing, Nize spread his arms and legs feeling just happy about the world.

Re: Picking up the rossies, pockets full of poussies! 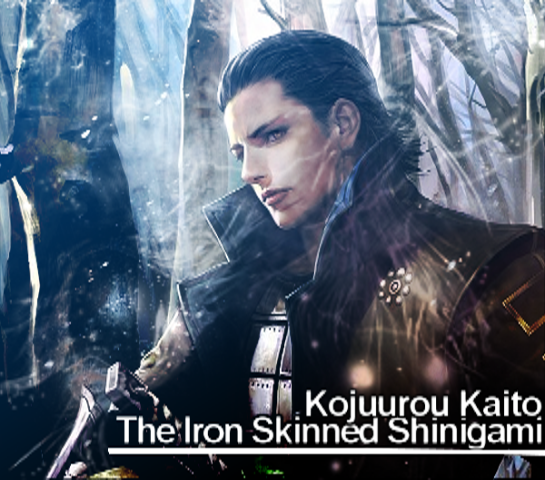 Sitting crosslegged in the middle of the field sat a giant of a man, even sitting he was huge. The uniform he wore was very clearly Shinigami, and it seemed stretched over his large frame. Standing this man would easily reach the six and a half feet tall, and well over two hundred pounds.

Over his shoulders though was what was somewhat unique, only 13 men properly wore the smock, this one proclaimed him as a captain, specifically a captain of the 8th division. Kaito had found this field over a year ago, and had been using it as a meditation zone for a while while he had prepared for a return to the Gotei.

Since he had returned he had still came back often to meditate on the things he learned since his return, and to let his body naturally heal from the variety of activities and fights that he had been through. Today his eyes were closed, but he was aware of the appearance of the other being.

His left hand no longer rested on his knee where his right hand rested, instead it rested on the hilt of the sword that sat in front of him without the scabbard. He didn't speak, nor move until the other being got closer and Kaito could gage the beings threat level.

Re: Picking up the rossies, pockets full of poussies!

Of course, sitting like this wasn't in his style. After a moment or two he again jumped up and went to the nearest tree. His sword now was again strapped on his back and one hand was holding his home baked cookie box. He quickly climbed on it, enjoying the strong aroma of leaves. Suddenly he saw a bright, red apple and couldn't hold a scream of joy, Nize loved apples.

Jumping again down, other arm was full of the red fruit. He tried to bite into one, but with all these things in his arms this wasn't a easy feat. Making something of a pirouette, the Arrancar was spinning around and around the field, yelling, laughing and eating apples. The male was spinning, and spinning, and spinning and...with eyes closed the whole time, he tripped on something and landed in something semi-hard. Opening his eyes, Nize had a feeling, he shouldn't be running with eyes closed next time. Today he had wore a black t-shirt and white shorts. With this a big part of his white flesh were reveled to sun...Only a shame he could tan.

The man was located in a lap of some very big guy. He didn't look to friendly at the moment, but didn't seem very evil also. A faint energy presence gave a hint, that this guy was a shinigami, but, like always, the Arrancar didn't feel threatened, even if he should. With a apologetic smile, he took the cookie box and opened, letting the smell of freshly baked chocolate chip cookies fill the air and mix with the aroma of the violet flowers.

"Hi! Cookies?" The only thing he could imagine doing is to smile and act friendly.