The Doctor is: IN [Private, Chiraisu] 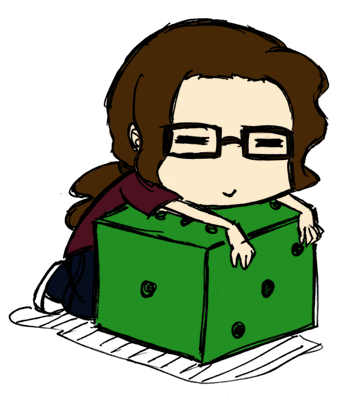 The Doctor is: IN [Private, Chiraisu]

From the very limited notes that her mother had left in their shared room Illiana had attempted to piece together where her only relative had disappeared to. The more she read the more uneasy the girl found herself becoming, there was nothing in the notes that suggested her mother had gone into a dangerous situation so why had she disappeared off the face of the earth? Maybe Leiana wasn't being as paranoid as her daughter had thought all this time? Maybe the demon infested continent of America was more dangerous than the smiling faces and generally happy attitude most of the citizens suggested? The demons didn't seem interested in attacking humans in the cities at least. Illiana had seen a couple of them since arriving and, even though her mother told her not to look, for the most part they seemed to act just like everyone else. All this really left her with was more questions and no idea where to find her mother.

At the very least the notes did give her somewhere to start looking, a couple of addresses were mentioned linked to a name of a doctor, the doctor her mother had dragged her across continents to see. Two were circled, both with question marks hanging over them. They were located in pretty busy parts of the city too, which meant the teen felt she'd be safe enough to investigate. It wasn't even a flip of the coin to which one might have clues, both locations could even be her final destination in this entire excursion, or they could both be dead ends, there was no real way to tell until she got out there and checked.

After packing the few things she needed, like her medicine in case a headache came on again and the ID and other details her mother had organised, Illiana head out to the city with a few of the details of the map memorised so she didn't have to look too much like a tourist beyond glancing at her phone a few times to get her bearings off the GPS. She'd decided to go for a green shirt with a little koala logo on it and a light red dress that came just below her knee as well as a rather bland gray jacket just to keep the chill off. It wasn't that cold thankfully, but the year was getting on and this side of the world was on its slow decent towards winter.

That's still so weird to think about.

It was a bit of a trek to get where she was going but eventually Illiana arrived at the first of her two destinations and it looked rather promising. The place was set up like a doctor's office, probably because it was a doctor's office, with a front desk, waiting room and everything. There were a couple of names on some plaques on a wall near where a receptionist sat, her eyes focused down on a screen in front of her before glancing up at Illiana's entry and glazing over instantly in the way that meant she wasn't actually seeing her. That wasn't exactly encouraging. There weren't many other people in the waiting room with her but everyone immediately got that glazed look when they saw her. It didn't look like the people here were that aware of their surroundings, spiritual or otherwise.

For a moment the girl hesitated, not that anyone around her would notice it, and brought out her phone to check the notes. There was a name mentioned somewhere in here, a fact she probably should have chosen to memories, and she had the wall to compare it too now, she just had to find the right one. It would take her a few moments of scrolling through text before she found it and approached the wall. With a slightly fugitive glance at the rest of the room she read through the list and eventually tapped lightly, a smile of victory spreading across her face.

Steven Styles, and he's in? That's pretty lucky. I wonder if mum came through here though? Doesn't seem like anyone here would pose an issue to her so where is she? Maybe the doctor knows? Its worth a shot at least.

With at least the chance that some answers could be found here Illiana had decided that she would at least attempt to go ahead with the check up they'd come all this way for. It was her mother that knew what they were looking for but maybe if Illy got the answers herself she could just show them when she figured out where the adult had disappeared to? With her mind made up the shortish girl squared her shoulders and marched up to the receptionist and coughed loudly, hoping to force the woman to focus through the glaze of her power and see that she had a patient standing and waiting for service.

The moment the woman's eyes met hers though it was clear it didn't work, what she was seeing when looking at the teen was anyone's guess but there was one slightly good thing it had going for her. Whatever it was she looked like she belonged and there were only two things that belonged in a doctor's office, workers and patients, and it seemed the lady at reception was more likely to see a patient. With a vague of gesture and a wave she handed Illy a sheet of paper and a pen and asked her to fill out her details, then promptly went back to whatever work (or from the sound of it, video) was taking her attention moments before.

Illiana shrugged and took the sheet to one of the waiting chairs and started going through what she'd need to fill out. Her mother had warned her it'd probably cost a good bit of the money they'd brought to get her checked out and diagnosed so she could only hope she had enough with her now and she almost filled out her actual details before remembering the name she was supposed to be going by for this trip. It was probably rather illegal to fill out a form like this with false information but she wasn't exactly in the country on legal terms as it was.

When she finally returned the forms to the lady she got a vague comment of how a nurse would see her for her tests shortly and the doctor would be with her after that to go over the results, before putting the papers with another stack without giving her another glance. Illiana really hoped she'd at least put her details into the system but figured for now she'd sit back and wait. It wouldn't be long however as it seemed that it was a slow day, slowly one by one the other people waiting with her were called and disappeared, leaving shortly after with only two others coming in after her (and getting a lot more animated response from the reception lady).

Eventually her fake name would be called and a tallish man came out to greet her. This one she could actually see trying mentally trying to see through her accidental illusions but he still wasn't quite perfect at it. At least as they were in a one on one situation it was hard for him to mistake her for anything other than a generic patient that he needed to run a general check-up on and he was still able to go through the motions of that job. Probably the biggest issue of the whole thing was that he couldn't quite hear what she was saying in reply to his questions and more than once she saw him note down a vague answer that wasn't even connected to what she'd actually said.

"Maybe I should have taken one of my suppressants." she grumbled out loud, rubbing at her temples when the edge of one of her headaches made itself known. "Hopefully this spiritual doctor will be able to talk to me or else all of this will have been a waste of time."

There really was something undeniably fun about talking around someone when you knew they couldn't quite grasp what you were even saying. Illiana even went so far as to laugh when she saw the man struggling to register what exactly she had said before just giving up and continuing with his tests. He did keep trying some light banter but without registering anything she said it seemed that the nurse had decided she was just a rude patient that didn't reply to him when he talked, or at least that's how Illy imagined it in her head. He would eventually let the teen know he was done with the tests and to wait there while he organised the results, something she had the odd feeling would take a lot longer than that.

Whatever, I'll wait for a bit. It would be good to get this all out of the way in one go but I don't even know if he'll remember being with a patient in the next ten minutes. I could just slip out if I feel like he has I guess but that'd feel wrong. Whatever. I'll wait.

With nothing better to do Illiana would pull out her phone and start reading through her mother's notes a bit more, half wondering if there was more for her to learn at that other address. She may have found a few clues here but there was still no sign of her mother as of yet and it was still worrying. Not worrying enough to keep her attention for long however as Illy would move on to playing some of her phone apps as her wait time dragged on. Hopefully someone would turn up and give her some results soon.