Mirja lost her serious look for a few moments as the snowball of death closed in and hit the girl. It was not by any means a playful thing, what she had just thrown. The girl had said 'let's see what you've got' and Mirja became caught up in the competition to really impress her with a snowball. But in that competition, she had forgotten about her strength and the damage it could so easily cause. So when she was hit, Mirja made sure to check and make sure she wasn't bleeding, or hadn't broken her neck, or many of the other possibilities.

Fortunately, it was only just snow, and the girl turned out to be considerably more durable than Mirja had initally thought. She always put people's durability on the lower spectrum just to make sure she didn't hurt them, and that she would react well if she did. However, this little girl seemed to have taken the blow pretty well. And so, the serious soul-boring stare from her silver eyes faded and she grinned broadly.
"Bwuhuhuhu! Now you see the might of the Snow-Throwing Wolf. Surrender your sweet stuff and you shall be-" she was cut off by a snowball to the face before she could finish her sentance.

Waiting for the snow to fall off, a highly amused face was what greeted the girl.
"Thou hath the courage to stand against me?! You have courage!" she exclaimed, before pointing her finger at the girl. "Very well! This next shot shall end it once and for all! Resistance is futile! You will be assimilated!" and with that, Mirja vanished for a second, before the massive snowman began to rise, with Mirja beneath it, lifting the bethemoth like a normal man would lift a bag of potatoes. And then, she lept into the air, glorious, like an angel carrying a twenty foot snowball.

"Take this! Hissatsu! Apocalypse Snowball!" Mirja shouted, before throwing the gargantun snowman at the girl who seemed to deny the domain of The Wolf. 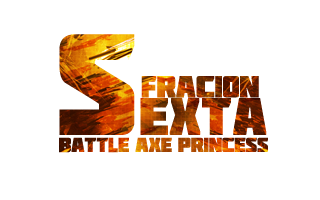 What had seemed to be a friendly snowball fight between the two had quickly grown into something much more. While this wasn't at all what Camilla had wished for it had been done as such. The girl shouted as Camilla locked and loaded a ball smashing her right in the face, direct hit! This brought excitement to the small girl, though while she hid behind the wall of snow she had created, the girl would continue on with her high volume words. Luckily the area they resided in was so secluded that nobody but the two would know the words that were said. Otherwise, it was likely that people would draw to their location. This not being the case, Camilla wasn't too entirely worried about displaying some of her own power, though she'd keep her strength held back as the girl was seemingly human.

Camilla peaked over to see that the girl was pointing at her before she would vanish for a moment and reappear with a humongous snowball. Camilla was rather impressed, but it was at that very moment that she knew this girl was no mere human. She collected her thoughts before the snowman was launched her direction. The velocity of the attack was fast if it weren't for the villainous display of her antics she likely would have been caught in the attack. However, it was the mere fact that Camilla's attention had been drawn to her from her loud repertoire that she would feel the need to flee from her current place, abandoning the ammunition that she had placed onto the ground. It was either be hit and lose their small snowball fight or move out of the attack and carry on. Her mission at hand, the original reason she was here in Norway, flickered into her mind. It had now become clear that this girl was much more than just a human, and clearly a threat to this country's infrastructure. It was rather convenient that she had been woken up by someone like this when this was all that she had come here to do. Instead of having to go and search for these "supers" one had been placed right in front of her, one had beckoned to her, really.

With that in mind, she'd have to cut the bullshit with the futile snowball fight and bring this girl down. Her physical form would vanish from sight, but her spiritual pressure was enough for her movement to be traced, however, the girl would still be in the air at this time, presumably. Her hand upon her Zanpakutō she drew it from its sheath attempting to slash the girl's back in one fluid movement. "Enough games!" She'd shout as the attack would either miss or hit. The power of the attack wouldn't be anything overly significant, just a regular, swift, and precise swing from the sheath before she repositioned. Using the reishi platforms beneath her feet she would shunpo away a good twenty-five or so feet, keeping her blade ready. "Who are you?" She'd shout in a query, it was clear she had proclaimed to be some sort of snow warrior, but she wished for actual answers. The sternness within her tone would proclaim that this was no longer a playful event, but a battle.

She was unsure of what the female was capable of, and was unable to gauge her actual power or ability. Though, the way the girl carried herself while in the presence of someone of Camilla's power, if she was able to do so, was clear that she was not afraid of someone of her strength. Unless it were all just a ploy to draw Camilla out into battle from the get go, she was unsure. It was no matter, however, as she was ready to deal with this woman before her with no worry of her power level.


The Apocalypse Snowball was not something that was designed to hit. It was to unwieldy and overt to be used as an actual weapon, and she wouldn't want to hit someone with something this heavy either. It'd be to dangerous. Instead, it was designed to flush a person out of cover, and allow Mirja to deploy the snowballs hidden in her sleeves while they were in mid dodge. However, for whatever reason, the girl seemed to vanish from her meager wall, that was crushed under the weight of the Apocalypse Snowball, and take the fun clash to a serious level by trying to cut Mirja across the back. She let it hit, but only because the blade scrapped across her back, like a sword slicing at stone, only minus the sparks.

Landing on the ruins of the Apocalypse Snowball, Mirja responded to the cut by drawing Beowulf, and letting the snowballs fall out of her sleeves. Turning to look at the small girl who demanded to know Mirja's identity, the playful grin and light in her eyes was gone, replaced with an altogether more ominous expression. There was no anger, or rage, simply a cold abyss which threatened to open up and swallow the woman. Shaking her head softly, Mirja pointed the handle of Beowulf at the girl, and spoke with a tone that rivaled the very tundra they were stood in for it's icy nature.

"Is this really the road you wish to walk down, girl? I enjoyed our little play, so I will give you a chance to sheath your weapon, apologize for such an unwarranted attack, and leave the area in peace. Should you refuse this offering and continue your offensive stance and nature, I will have no choice but to respond in kind, and I can not guarantee your survival if a fight should happen to break out. I have not the means not the desire to restrain myself when a fight truly breaks out"