"Incredible. Literally incredible. That I would find such a perfect specimen, in this time...it makes me wonder if I'm having a break from reality. If perhaps I've finally lost it. How could I have missed this? How could such a tragedy happened...? I have no excuse. But perhaps, all the same...I can find a way to turn this to my advantage. No...scratch that. I must. To have her as an ally...it would be beyond my wildest dreams."

Yaksha was buttoning and unbuttoning the sleeves on his suit, furling and unfurling it. Obvious nervous gestures, ways of fiddling with his environment and appearance that were far healthier than his preferred alternatives. Because he'd promised himself, if only for the duration of this conversation, that he could behave. That he could swallow his inadequacies, put that remarkable smile on, and show just what an asset he could be if the right opportunity arose.

He'd sent the invitation almost immediately after hearing the name, in connection to a certain invasion of particular note; it had seemed overly rude to get directly involved in a Shadow Fall operation, even if he had simply served the role of minimizing casualties. Ravan had already been exceedingly understanding about a very egregious challenge to his authority. And now one of his most meaningful coups in recent memory, on the wake of several other very concerning power plays, had been contested.

It only felt right to Yaksha, that he speak to her in as formal a setting as he could. That he draw her in as gently and insistently as possible. She was a shinigami, after all. And a very accomplished one at that. And that meant that the very moment she was in the room with him, the gamble would already be begun. It was the same old venue, with another riveting player. But then again...weren't they all riveting? When you took the time to really look closely? And he'd spent the past few days doing nothing but looking. And that was why...

"Incredible. I'm like Ahab, chasing a whale. I'm going to get crushed one of these days. Or, just maybe...I'll be able to learn my lesson. What do you think, Yaksha? Are you too old to learn a new trick?"

He reached down towards the table in front of him, fondling the card there. It was a good card, on quality paper; he had spared no expense, creating an invitation that very nearly blinded one to behold. And the wording was just dense enough to appeal to a shinigami's sense of prim and proper circumstance, he felt.

"SOLAS FOICHE is invited to the Presidential Suite at the Oolong Dragon Casino in Las Vegas, Nevada, on the date of OCTOBER 25th, to discuss a BUSINESS OPPORTUNITY. Her host extends his most formal regards, and swears to abide by all decorum for the duration of their meeting, up to and including defending her honor or health against third parties. Fairest wishes are extended for her 390TH BIRTHDAY, and her host would gladly engage in celebrations befitting her station should she accept. RSVP not needed.

"I do so sincerely hope so, Yaksha. Because your games just get more and more convoluted every time."

Re: There's Impossible, Then There's...[Yaksha/Solas] 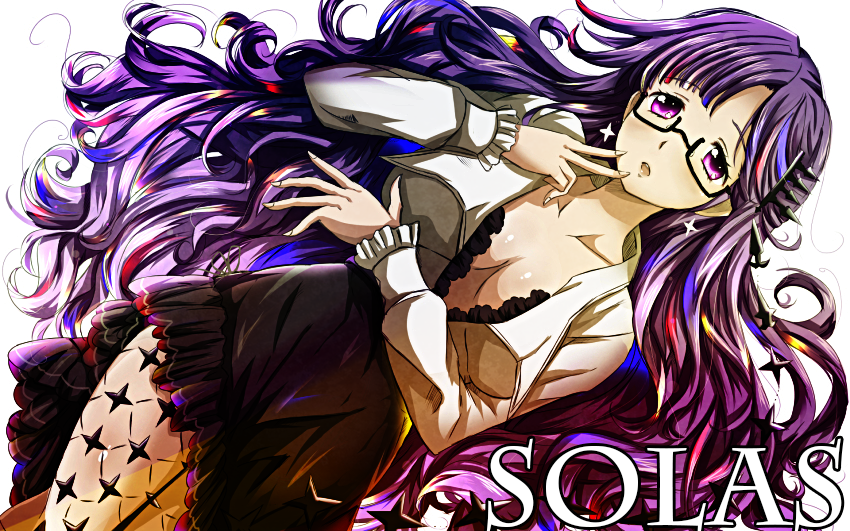 Whomever this was, they were bold. Calling her out here - to the middle of Shadow Fall territory - meant that they were either stupid or against her. Calling her out by name, by age, it put her in a rather unenviable position. If she were not to accept the invitation, then she would find herself potentially at the mercy of a possible enemy, one who knew more about her than she was comfortable with them knowing. Sure, there was information about her released to the public forum from her time in the Vanguard, but she had assumed that most records involving her would have been expunged after she retired. This meant that someone, somewhere, had found more information about her. That said, acting in the way that she was, actually going to this little event that she had been invited to, may have been a mistake all of its own power.

"Stupid, stupid, stupid. What has life taught you if not to go chasing after name drops and fools' errands?" She silently cursed herself with every movement, travelling swiftly through the Nevada deserts, avoiding enemies rather than drawing attention to herself through sustained combat. She knew little of the fate of Las Vegas, wondering if it may have been a bastion for potential allies - yet in her heart of hearts, she knew that things weren't going to be easy. If this were a potential ally, the only reason they'd have called her here would have been to use her.

Eventually, despite her rapid musings, the shinigami landed in the territory of Las Vegas. Noting her surroundings, she pulled her cloak up tight over her shoulders, hiding her identity as best as she could as she shuffled through the streets, seeking out the Oolong Dragon Casino. She knew little of the city itself, so finding it was its own mission - yet in the end, it would reveal itself to her. Staring quietly at the building, Solas felt a long sigh escape her chest. "What am I doing here...?" Shaking her head and trying to get the thoughts out, Solas steadied herself and stepped in through the front doors, ready for whatever was to come.
words366
?
__________________
{Dai's Character List}
{Dai's Current Threads}

Re: There's Impossible, Then There's...[Yaksha/Solas]


And the guest had arrived. All at once, Yaksha felt it, as an electrical shock that ran through his entire body; he could feel hairs standing on end, even hairs that were under the skin somehow. He paused in his act of nervously buttoning and unbuttoning, staring uncomprehending for a moment. How long had he been moving on autopilot there, hoping the deadline wouldn't be missed? How much of his productive day had been dissolved by a ritual that was absolutely pointless?

He shuddered, mentally clamping down on his own hands, and rising from the seat he was in. His fingers felt numb, almost chafed; likely from the effects of manipulating a piece of plastic for so long without rest. The pressure-sensing receptors there were simply too depleted, and were speaking their discontent with this state of affairs straight to his hindbrain. He shook them, walking towards the door, and opening it slowly, with hands that felt like they belonged to someone else. He paused by the doorway, staring into a full-length mirror he'd had installed there, and winking at himself, ever so slowly. His reflection winked back, causing him to faintly exhale in relief. He still looked like himself, he was pretty sure.

He moved with fluid, languid purpose, trying to flex each and every muscle as much as possible. It gave an impression of almost gangly clumsiness much of the trip, while he tried to get used to the body and its reactions once more. But by the time he'd reached the floor that Solas was waiting on, he looked almost like a well-oiled machine, not a single bit of wasted muscle movement as he approached, bowing his head slowly, and speaking in a faint, hushed tone.

He wore a smoking jacket over a buttoned undershirt, his tone polite, without much expression whatsoever. It was the sort of voice one expected to hear from a well-trained butler, showing little real emotion besides obsequiousness; an almost grating sense of familiarity and obedience, as if they knew what your will was even before you expressed it.

"Thank you for coming, Lady Solas. I realize this is a very big request being made of you. If you'd join me in the Suite, we can start the discussions. I've prepared a sizable portion of colcannon, and am boiling beef as we speak. If we're being quite honest, Irish cuisine is one I have little experience in, but all the same I thought a taste of home would be most welcomed at a time like this. If it's not to your liking, I could easily find another meal to prepare."

He began to backtrack without ever actually looking behind himself, turning at an odd angle as soon as he had oriented himself with the stairs, and then gesturing for her to walk up them.

"You have my full cooperation as we discuss these matters, Lady Solas. I ask only that you respect my wishes, and offer me the opportunity to explain myself effectively before rushing to your judgment. The matters being discussed today are very sensitive."