Lilium released quite the monstrous yawn as she sat on a spare chair within the casino, hugging the back of the seat as she stared at the remaining people engaging in whatever addictive tendencies they would do. She decided that she should be working a little harder to control herself, and just sitting around while people walked on the streets no longer seemed to cut it. Absorbing so much sin didn't hurt her so terribly anymore, so she, along with the gentle yet demanding goading from Lucine in her dreams, decided to kick it up a notch and actually sit in one of the hotspots of sin that boiled in the city of Vegas; a casino.

She didn't quite care about any names, she slipped in the middle of the night and watched the occupants, instead of suppressing the sin trying to slow the consumption, which actually worked for quite a long time, at least long enough for the crowd to thin. Bones prodded her clothing, though grew at a much slower rate than if she were focusing on suppressing the effects. When she managed to survive the rush, she felt a sort of pride. She could actually prevent it now, at least to a degree. She was rather tired, and surviving off of water and staring did not help the fact she was awake all night.

She needed to... Show she didn't need help... She didn't... But she also wanted to show Yaksha up so to speak, for something he wasn't doubting her abilities in, so was it truly showing off? Sometimes she thought to herself... Did she really wish to prove him wrong of something he was not asserting opposition towards? Her stubborn self pushed that he simply was pretending and really expected her to fail, but a thought bubbled sometimes, that perhaps... She just wished for his validation but was too proud to admit it.

So here she was, sitting on a chair with her chin to the back of it, sighing boredly as she stared at the dwindled crowd of people; very few were big enough nutjobs to stay til mid afternoon, and a few newbies walked in, including a very peculiar girl... What instantly caught Lilium's attention was the complete lack of sin surrounding her; the manifests acted as if she didn't exist while the differently glowing little squirts twitched excitedly and floated around others as they engaged in play or drink. Lilium still didnt quite get the whole story of why they did as they did, aside from taking quite a liking to human's own inner darkness...

What also caught her attention about this dark-haired girl was her walking around and just.. Watching. She came with no intent to play, clearly... But all she did was watch people. She didn't see her lips move or anything, just the girl being a bystander to the madness of other's sins. Lilium felt a tad irked by the sinless girl, but it wasn't the first time she had seen such a sight; the muscle-bound black eyed girl... Ulv, she too didn't have the little manifests buzzing around her, but that was for another reason that she couldn't place her finger on...

Alright, time to find out... Without making it obvious of course.

Lilium rose from her seat, the fair colored lass sticking out from the crowd, having only a simply designed white dress that would make her look plain. Everything about her looks, and her extremely reserved, fearful stride screamed "not normal" to any who stared. She went on a purposeful collision course, her mind popping that making her hitting into her seem like an accident would be the perfect way to unassumingly begin a conversation.

She bumped into the girl, releasing a squeak as she was taken aback, her looking up at the girl as terror quickly settled in as she didn't think of how she would react to it.

"Aahh! Ahh. I'm so sorry miss. I didn't mean to.. To..." Her pale face quickly washed with red as her light grey eyes scanned the floor, her hands immediately going to fondle her rather long braided hair from the anxiety, "I can make... Make up for it, I promise.."

Re: Knock On Death's Door [Lilium/Ayame] 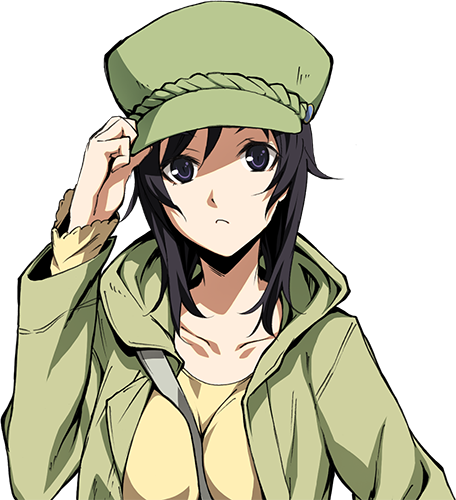 Ayame was honestly unsure as to why she was actually here. She had, well, broken a couple of international laws by just boarding a ship bound for who-knows-where. No ticket, no ID, nothing. Hell she didn't even have a bag. Then again, the port she had left out of was quite disreputable, but it wasn't her concern what happened to other people. The people being loaded into containers disguised as "farm equipment" weren't her concern. Neither were the two murders that happened on her journey. They hadn't given her a reason to care, so why should she? Empathy? Sympathy? Neither of those truly existed within Ayame anymore.

However, Ayame knew those were things that the victims weren't planning for or hadn't foreseen. Some of the smuggled were probably kidnappees and didn't have a say in the matter. At least one of the murder victims was simply in the wrong place at the wrong time. So when Ayame arrived in the US-of-A and was sent to Vegas... she was surprised to see people willingly losing every penny they had for a mere possibility. It was fascinating to see just how little people understood.

Ayame walked behind various card games, roulette tables, and even slot machines. Some of the card games she thought she could see how to game the system (though she knew she could not do it herself), but more people lost on craps, roulette, and other ones that were purely chance if not cheating. The people who tried on those were just so idiotic in her mind. She watched with fixed eyes as a few people wept while others seemed to have the look of someone who was about to find an alley to sell a kidney in.

"These people... are absolute idiots," Ayame whispered to herself.


Ayame was jostled from her bewilderment like her time on-ship. It took her a second to realize she had even been moved. If it weren't for the squeaky voice that piped up, she'd've thought it was one of the people who thought getting blackout drunk would improve their luck. But no, it was a young girl who honestly looked like she might not need to be in this place. Not for any moral reasons—Ayame was sure she was an age restriction on entry to the casino grounds...

That wasn't her problem, and she wasn't going to make this girl's bumping her problem. Unfortunately, the girl herself did. Ayame cocked an eyebrow that mirrored her words. "You... bumped into me. How could you make up bumping into me?" Ayame had both curiosity and "do you even understand what you're saying?" in her tone and raised eyebrow. "You didn't spill anything on me, you didn't actually hurt me, and I don't think you made any sort of attempt to steal my wallet or anything..."

"So how could you make it up to me if you didn't really do anything wrong?" Ayame's tone turned genuinely curious with that. She wanted to know what was going on with this young girl's mind and why she thought she could make up for something she didn't do.

Re: Knock On Death's Door [Lilium/Ayame]

Lilium was reeled back, ready to be given a punch in the face or something. Of course this was mostly an act; she wouldn't dare put herself in such a vulnerable, helpless appearance without meaning to. She internally wanted to kick herself for making herself look like a mewling whelp, but that was for another time in another place. She looked all shy and withdrawn, a complete perversion of what she believed in, tears beading in her eyes.

"I... I'm... I-I.." Anxiety attack. She had looked a bit in about it, and it was perhaps a good way to get the two of them alone. Her absolute control of her own biological functions made it all the more easier to command tears, make her breath heavier, her body weaker and trembling...

"I-I think i'm gonna be sick..." She perfectly timed the rise of vomit, slapping her hands to her mouth to prevent the contents of her stomach from flowing out, doing a hard swallow, "C-could... You help me t-to... To-to... The bathroom..?"

If things went well, she could speak to this sinless being in private, find out a little more about her, perhaps...