Can't Do Anything Alone [Gamma]

Can't Do Anything Alone [Gamma] 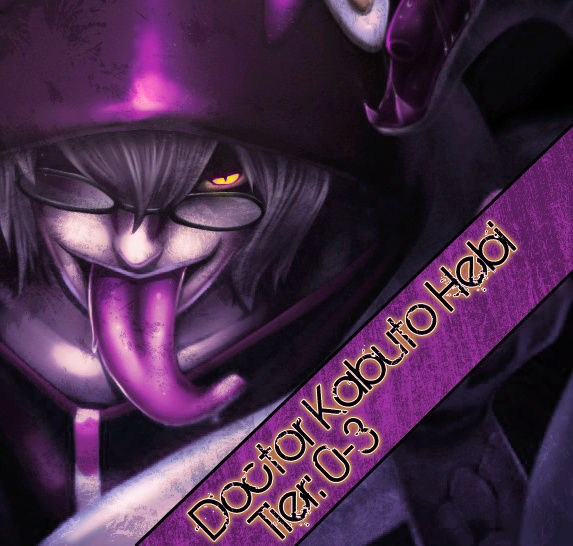 The Song of Preparation.

The man stumbled in front of the building, his hand smashing against the outer door. His eyes twitched in his skull, shaking this way and that. No. No. No. NO. NO. How? How? His fingers clawed at the wood, blood starting to drip from beneath his nails as he breathed, hard. …No. Push it down. Deal with it. Find the solution… The solution. His mind refocused itself, his thoughts turning inward. First, I need to make allies of his enemies. This is why he had to die. This is why I have to kill him. The Doctor's hands were still shaking a bit as he breathed, looking directly at the wood. A hand reached out… and politely knocked.

In his other arm, there was a clothed bundle. The Doctor had it tightly wrapped; but if one were to look extremely carefully… they would notice a dark spot on the underside of it. A rather unpleasant looking stain…

The Doctor had a bit of audience prepared; well, less prepared, and more announced. He had announced that he would be coming to visit the individual on the other side; one of his Selves had directly relayed the message about a week prior. Ironically, it was the same Selve that the Doctor was possessing now. Black cloak, gray hair, glasses… and deformed skin, that looked as if it had scales forming along its surface. The message had been fairly simple; We serve a common interest. If you would like more power to topple the one known as Nagato… let me walk away, so that one who shares that desire can unite his power with yours.

While the Doctor may have been fairly rude in tracking her down of his own accord, and not setting an exact time… He did at least have the courtesy to knock. He would wait for as long as he needed to; if she did not ever answer, he… …Calm, calm… center, focus. Do not give into the madness. No matter how easy it is. No matter how.. You can't let your wavelength affect this one. So many parts of this situation made him sick to his stomach.

He hoped that she felt the same.

Re: Can't Do Anything Alone [Gamma] Safira | Bewitching Golden Serpent
After her initial meeting with him she was given another destination to go, or rather it was a mixture of her being sent and her being sought after. Eventually all the webs met in the middle though and the result ended the same, she had been invited into a snake pit. How at home she should feel amongst someone that wore the namesake of the snake. Maybe he was just as ambitious as she was, maybe more?

Every ambition had steps though and all required factors, influence and resources and power. If not from yourself then from others. With Yaksha on her side providing resources and influence it came to one final thing that she had been so seductively enticed with which was power. So arriving by garganta she was quick to not waste any time.

Though she was calm she seethed, it's existence was a scar and wound that never healed so long as the dynasty sought to continue and rear its ugly head. Why things couldn't stay dead she had no idea. Why beat dead horses she had asked herself over the past few days but regardless she was petty enough to take it into her own hands to bury it in the desert once and for all.

So arriving there was only the show that needed to happen that had Safira appearance was all that it required for the moment.

"A pleasure to meet you, Doctor."

Re: Can't Do Anything Alone [Gamma]

The Song of Preparation.

The Doctor's hand pushed open the door, revealing the woman behind it. He moved carefully into the room, his eyes looking on one side of it, and then on the other. His heart was still pounding adrenaline in his chest, coming to a stop at last. He set the peculiar package he carried on a nearby table, looking directly at the woman.

"Your courtesy is.... appreciated." The man gripped at the front of his cloak, drawing it up to his face and inhaling deeply. There's no gold in this Selve's hoodie... hopefully that need was strong enough to affect my body as well. Now then... The man's flesh-scale lined hands released his cloak, his arms becoming expressive as he spoke.

"He needs to he stopped. If you must be the one to take his life, by all means. If you can subdue him to the point where I can hold the executioner's axe myself, I'll be even happier." The Doctor explained, walking over to the package on fhe table, messing with it.

"In that interest, I will give you any resources that you require. I have a division of 'Selves', like the one before you, who can act as foot soldiers. They are not as intelligent as I am, but they do have their thoughts linked together, making them work extroardinarily well as a unit." The Doctor's hands had finished opening the bag, but now he was toying with it, flipping the clothe back and forth, not revealing it.

"I will also grant you the use of my Wartime Barrier to help ensure he and his allies cannot escape their fate. Additionally, I grant you the use of one of my Edotensei by the name of Prodigy. I believe she will prove useful. Finally, I will allow for you to utilize Victor II, if you need him. He is a serpent roughly a third the size of a major metropolitan area." The Doctor finished explaining, his hands at last coming to a stop. Gently, he began pulling back the cloth.

"And the last thing I grant you... is information." There, facing the two of them... was Nagato's severed head. Black holes sat where its eyes used to be, and blood dripped from its base. "This was my failure. When you kill him, make certain that it is indeed him. I will do what I can to help you with that."

At this point, the gray haired man paused to make sure she was able to keep up with everything he had said so far.