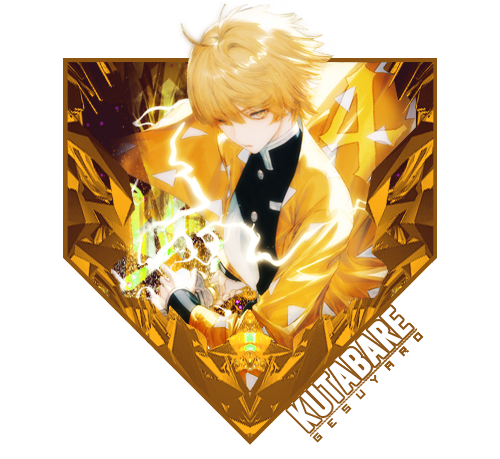 Ah, relaxation. Something that Kutabare had known well over the course of existence as an Arrancar, even more so as a full-fledged member of the Espada. He spent his days lazing around, watching the local news of various countries for hours before finally easing himself into some streaming. Yes, that's right. Hueco Mundo had internet.

Yet, something toiled about in his very being. He felt a loss of purpose since joining the Espada, despite his efforts in Las Vegas. There was something that lingered deep within him that was wished to proactive, but he was damned to a life of laziness. The sins of his death cursing him for the rest of his existence. Yet, he found glory in his ability to do nothing. Nobody did it better than he did. As while he was doing nothing, somebody was doing something for him. He led his Hollow Army from a sleek piece of glass that connected to the spiritual outputs let off by radio towers. These signals were able to speak to the Hollows through morse and ordered them about the lands to help them grow in strength. His mighty perquisa was used as a sonar to find targets to help his forces grow in strength. Though it was pointless, he would send them off to war and they would lose their lives as they always did. Where he would have to stop from the bottom and recruit once more. It was lovely being a commander of Death, but it was tiresome.

Taking a short break from his nothingness, he would find himself summoned to an outer corridor. He would find here two hollows who wished to ascend themselves among his fraccion. While he could care less about who his top dogs were within his ranks, give or take a few, he saw it to be entertaining. Thus, he would humor them. Laying down with his head propped by his hand he rose a fist to initiate the duel. "FUCK EM UPPP!" His words echoed throughout the base in a low key, before belting out a sluggish yawn.

Wasn't it sad? The Arrancar mused to himself while he moved through the halls of the base that the group called home. The bitter sound of second place had at first irritated him. That this other man, a relative to former Shadow Fall operative no less would be in the position he sought. Number one. But for Mischa he had found comfort, for if he was so easily placed into the role of top dog what else would there be to do?

The more steps to the climb the greater the reward will be when he sits at the top and so that is what he had come to the conclusion of. But while he had bigger fish to fry he wasn't going to let his subordinates sneak up on him. Such is the reason why he had taken the time to investigate the newly placed Forth Espada and had conveniently set himself up to run into him while he was taking amusement in the clash of the weak.

"Good day Kutabare, I trust all is well with you after your recent endeavours?"

He spoke firm but he had dropped any kind of passive aggressiveness from his tone, but his attention appeared to be fixed on the clash of the hollows that aimed for the attention of the Espada. Maybe the appearance of Mischa would stir them on more, even though he was looking though his interest wasn't there--too weak to keep his attention for any length of time.

A grumble broke the still air as the Segunda Espada approached him. "Food!" He'd shout, pointing at a tiny Hollow that he deemed as his personal servant, though he wasn't all too great. The little beast would jump frantically, not wishing to find the wraith of Kutabare, scurrying back with a bowl filled to the brim with popcorn just before Mischa began to speak. "Convenient." He muttered in amusement of the hasty retrieval of his mid-day snack.

His lips smacking as he continuously threw more popcorn into his mouth. He glanced up, continuing to eat as the Segunda spoke. His eyes drooped, having to be bothered by another member during his small moment of amusement. What a drag. "Sup shithead?" He spoke, his cheeks at full capacity, particles finding their proper place on the ground as he did so. He'd make a large swallow before consuming anymore, he figured he could at least give Mischa the time of day. "Shi, I dunno. I can't ever tell what the hell that ginger fuck is thinking." It took him a moment to realize that wasn't what he was being asked. "Guess I'm good, though." He'd state simply, hoping he'd go away now so he could continue with his entertainment undisturbed. His eyes never leaving the fight except for that brief moment.

It wasn't that he disliked Mischa. No, he honestly had no opinion of him whatsoever. He was just a solitary being, that liked to live his life in a luxurious state. People catering to his whims. It was how he had always lived, as far as he remembered. Probably not something a simpleton like Mischa could understand. Luxury, status, power. The things that made Kuta's world go round.

MISCHA JUDAVIALDI | THE VIRTUOSO
He shouldn't but it was very tempting to beat the fellow Espada into the ground, his pretentious and immediately disrespectful way tugged at that impulse but Mischa was not one to fall into that trap for now he could keep his cool towards this little twat.

Noting Kutabare's behaviour and vulgarity he nodded to himself as if digesting the small Espada's words. It was crystal clear he did not fancy Mischa's presence; truly the weak didn't appreciate being in the presence of real strength and so he could forgive the young man.

"How can watching this pathetic display be amusing for you? Both are very clearly utter garbage, if that even. Don't tell me you actually consider making a fraccion out of them?"

He gave a small grin, trying to see if he could bait a agitated response, maybe he could even justify a little match to test where the other Espada was at and see if he really was better than what he had presented as a first impression to the Segunda Espada.

A somber chuckle crept from Kuta's lips, his eyes affixed upon the skirmish before him. He had a hard time coming to terms with the opinion laid upon his fraccion. Sure, they were trash, but through trivial events such as these, he found beings that stood out from the rest. Formidable allies that he could rely on if his forces were to ever be called upon. Those that survived the escapades would grow in strength and would continue to grow until they were ready for the next steps on the ladder. He had composed a competitive lifestyle for the Hollows with merit found within the rankings of his Fraccion. Many years had been spent compiling the troops he had collected, and Kutabare wasn't one to let jabs such as these slide without any repercussions.

Yet, he was enjoying himself. Laying upon the ground, having a snack, and watching two worthless beings fight to the death. Why would he let the conceited words cast upon his loyal subjects bother him? Well, because that's just who Kutabare was.

"What do you care what is and isn't amusing for me? And what use is it to question how I pick my fraccion and their level of strength? The strongest will win and then they will go against the next strongest and the strongest of those two will win. Is that so hard to fucking understand? It's the competitive nature of our race, you fucking moron." He jammed popcorn into his piehole, his brow curled as the heat of the conversation spewed onto the room. Chewing with a mighty force as though the small pieces of popcorn were little clones of the Segunda crumbling beneath the strength of his jaw. "Who the hell is in your Fraccion anyway? I've got well over a thousand of these weak sum'bitches on standby, growing in power all over this shithole and you come at me with that bullshit? Fuck outta here."