The Nature of a Spider

The Nature of a Spider 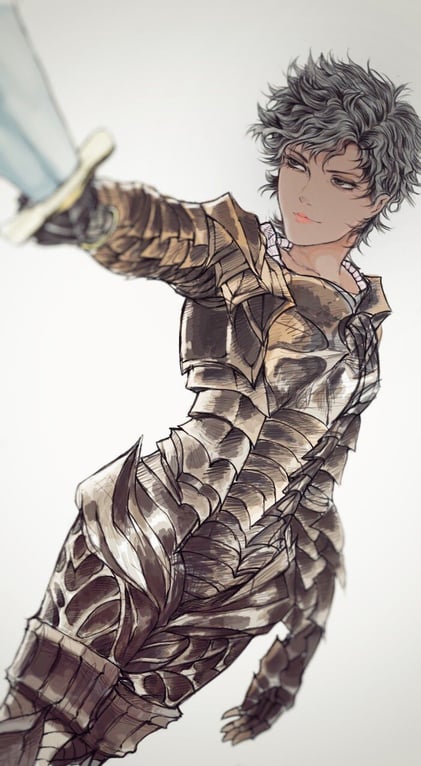 The screams never stopped. In the weeks that she had been working as bodyguard and consultant for the man named Chester Bishop, mid-level human trafficker and all around jackass, Abigaíl had learned much. The organization had its hands in many pies around the world, and even a few in others. They were ruthless, she had known, but in ways she was sure would have made the Kuchiki boy squirm. The higher eicholon of its leadership was comprised of mostly Arrancar and Demon, and left one to wonder how a weak, powerless human could've made it so far.

Money was the answer, of course. It was always money. He had the capital to make his vision reality. He could hire as much manpower as was needed, and outfit them with the best of the best in anti-spirit weaponry. But, there'd been one thing he couldn't prepare for or pay his way out of...

The salary had been exquisite, but it was never really enough. Plans to take down the syndicate from within had slowly been eroded away, and she had missed her rendezvous with Jezebel and the Kuchiki boy several times already. No, it wasn't by mistake. She had realized just how... innocent and naive the boy was. How utterly unprepared he was for the world.

And, more importantly, how much farther she could get herself along another path.

Seated at the extravagant desk with many monitors behind her, Abigaíl smiled and sipped on a steaming cup of coffee. Still dressed for the extremely cold weather outside, she had opted to open the front of her top couple of layers, and listfully perused the documents that had been placed before her.

Her attention turned to the figure screaming from the side wall. Bishop, the man who had thought he was immune to consequence. The man who had hired her. The man now pinned to the steel wall by her zanpakutō in his gut. The man whose chain of fate was slowly consuming itself, and growing ever nearer to his heart with every agonizing moment.

"Ooh, someone was a naughty boy. Embezzlement... Product disappearing without a word to your betters..." She laughed coldly from her seat behind the desk, and he only screamed all the more. She wasn't sure if he could understand her through all the pain anymore. "You should be glad I found out first, y'know. If I can do this much, just imagine the torment a demon might've come up with."

He screamed with ever more intensity, wide eyes staring ever so fearfully at his corpse lying just a few feet away. The last few links of his chain consumed themselves as the minutes passed, and she stood to finish her job. No matter her affiliations, it wouldn't do to simply allow a Hollow to run free.

"Death will not be a relief for you, you should know." Abigaíl spoke clearly as she stepped over to the corrupting spirit. Her fingers grasped the hilt of her zanpkautō, and she yanked it free with a sharp pull. "You asked me once, what is heaven like? I told you as honestly as I could manage, but I left out one important detail." The sword lowered again, until its tip was just over his heart, which had begun to be consumed in earnest.

"There is a hell, and you will be going there, Chester." His screams stopped only momentarily, perhaps because the pain had finally broken him. Perhaps because he was no longer a soul. Perhaps because the blade had pierced what was left of his heart, and a new process had begun to replace the Hollowfication he'd been subjected to.

Abigaíl didn't wait to watch as the man was dragged away to hell. Instead, she turned and returned to her desk for but a moment, before the nagging at her mind drew her attention elsewhere again. She hungered.

With a swift pull of her hand across her face, she donned her mask and filled the facility with her dread power once more. The soldiers and workers had grown accustomed to this act; those who could sense her true nature. Through the veil of reality, she stepped and disappeared from the world, off to one where she could sate her appetites in peace.

To a place where the screams never stopped.