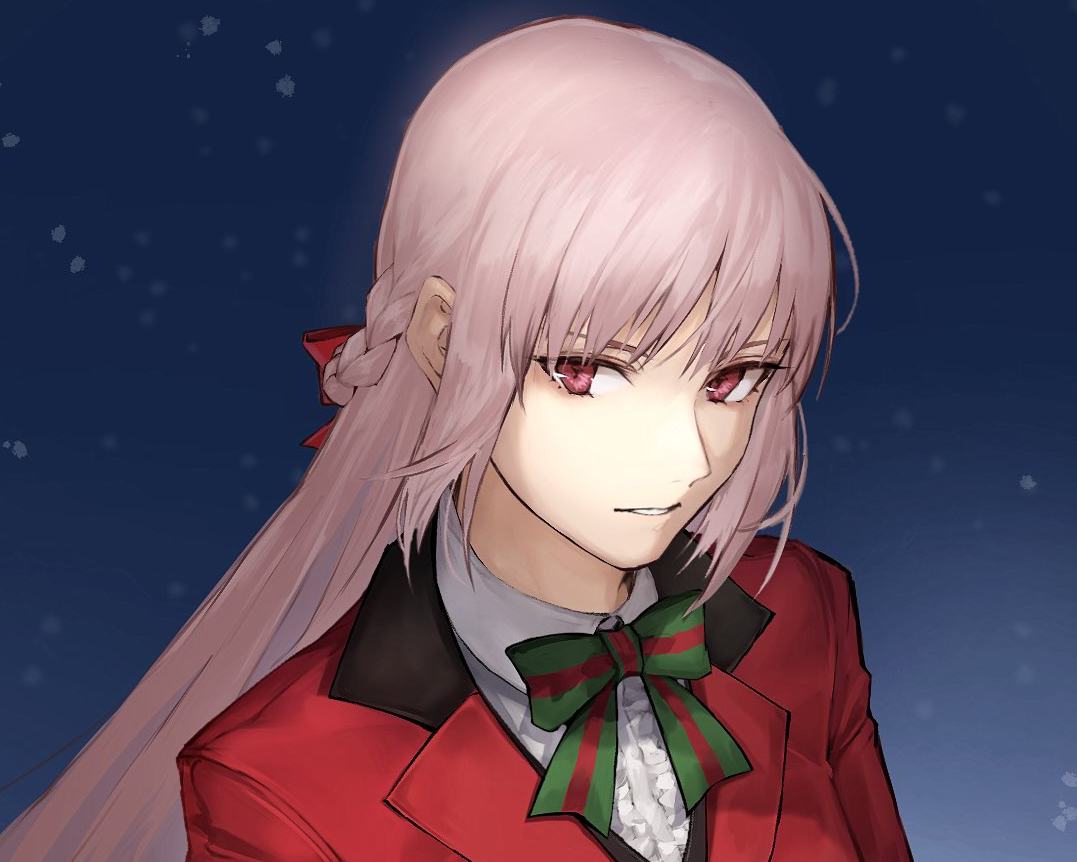 Standing at the balcony of the Captain Commander's office, Abalia stared out over the tremendous swaths of land within the Soul Society. There was a faint breeze tonight, the sun low in the sky as the day slowly came to an end. She had sweeping announcements to make, announcements she had already discussed with her Seated Officers about to ensure that the bureaucracy of the Gotei was not suddenly overwhelmed by a need to adjust. Collaboration between Realm Enforcement and the Kido Corps had been necessary, but a network of audio-visual projection systems had been temporarily established over the whole of the Seireitei and the Rukongai. All would hear this announcement, and that was just as the Captain Commander wanted it. Taking a single breath and standing straight, Abalia took up a very subtle, gentle smile, not wishing to frighten anyone. And then, she began to speak, her voice and image sent across the districts.

"Good evening, men and women of the Soul Society. Today, I come to you as a bringer of change for this realm of ours. My father and predecessor, Kyoraku Shunsui, has brought about a great deal of improvement and adjustment to the systems of the Gotei United. His predecessor, Suika Ibiki, did much the same. Each of them has carried the legacy of this organization on even through trying times, and it is now my hope that I will do the same for all of you. Though I cannot promise that I will protect all of you with my own two hands, I will ensure that the society in which you live does so in my stead.

"I have, in discussion with a great many people from all walks of life, come to the conclusion that the current system is too unilateral, too reliant upon the words of a single leader. It is well and good that there be a singular voice of authority in the event that it is necessary, but such a form of governance only alienates those people who live under it. While I understand that the circumstances of our past have demanded such a thing, I will not allow it to continue. The Gotei and the Soul Society are in a period wherein such authoritarianism is no longer required. As such, I believe that checks and balances beyond simply my own judgment are necessary. To that end, the reestablishment of Central 46 will commence immediately. It will, however, no longer be held behind closed doors, except in those instances of realm-wide security which simply cannot allow for the public eye.

"However, Central 46 alone only considers a fraction of those who live in this realm. Its governance is taken only from the noble families, and though they have contributed much to our society, such that I would never wish to deny them their authority, I will not allow the citizens of this realm to simply sit idly by and be ruled without their consent. To that end, alongside the Central 46, the Central 320 will be put into place. A governing body comprised of one elected representative from each district of the Rukongai, with elective systems put into place for each district to ensure that it does not become a race for power among those elements who would aim to lessen the quality of life of their fellow citizens."

She allowed her smile to grow somewhat after that, the genuine care she felt for the people of the Soul Society almost abundantly clear even through the projections. Though she had unilateral authority, she gave it away willingly for the good of the people that she served. Such was simply, to Abalia, the nature of true leadership.

"Of course, a system such as this demands authority to keep its peace, to maintain the sanctity of its laws. I am sure that many of you are aware of the Onmitsukido, the enforcers of the realm's security and maintainers of its peace within the Seireitei. Though in recent years their actions have fallen by the wayside and been folded into the work of the Gotei, particularly into Realm Enforcement and the Stealth Force. However, the nature of a self-operating security force is one that I believe offers a sense of safety, to know that they are being protected not simply by faceless soldiers, but by those who live among them. To that end, I will be establishing what I have deemed the Sakutaiso. The Sakutaiso will operate as police within the Rukongai, enforcing the law as is necessary within their own jurisdiction. They will govern themselves, reporting to the Gotei only in cases of cross-jurisdictional crimes or in the event that public safety is becoming a concern, and will be made up of citizens within the Rukongai itself.

"All of this, however, brings me to what I believe is the most pressing concern. As a woman born within the Rukongai, I understand fully that it is not a place that any would choose to live in, when the Seireitei has for so long held such wealth and quality of life. I will allow this disparity no longer. The efforts of Realm Enforcement will be, until further notice, dedicated to bringing a modern standard of living to those citizens who have for far too long lived in near poverty, hundreds of years out of time. We will collaborate with Research and Development to ensure that the Rukongai is brought to the same standard as any modern city should be, with the most fundamental amenities of life made standard for them. It will no longer be a mere slum, and I will never allow it to be called so under my leadership.

"Furthermore, I believe it is the basic right of all citizens to better themselves if they so wish it. The Shin'o Academy, despite its immense wealth of knowledge, has been dedicated near-exclusively to the continued training of the Gotei's finest men and women. While I will certainly not be removing such things, the curriculum will be modified, as I believe the spirit of it has been too corrupted by preconceived notions. Coursework and requirements for graduation will be standardized, and those who wish to become Shinigami, and display earnest desire to do so, will never see their efforts go to waste. However, that is not the only change I believe must occur. The Gotei United is home to some of the finest scientific minds in all the realms, and of course it has no small amount of bureaucrats and historians who have done more work than would be prudent to recount in a setting such as this. To that end, the Shin'o Academy will be separated into two separate facilities, to better facilitate the spread of knowledge. The Academy will continue to train those who wish to become Shinigami of the Gotei United. However, the Shin'o University will be home to that coursework which allows a citizen to better contribute to their community, to learn more of the world they live in."

Taking another breath, Abalia rested herself very slightly against the railing of the balcony she stood upon as she finished speaking. Pregnancy did truly take it out of you, didn't it... She never would have been tired after a mere speech like that once upon a time.

"I do all of this, men and women of the Soul Society, that I may better serve you. The well being of my citizens will always be the highest concern, and as such I will do whatever I must for your continued security and prosperity. There is much work to be done, certainly, but it is my earnest hope that you will assist me in bringing these changes to this realm. I thank you for your time, and look forward to the future we will build."