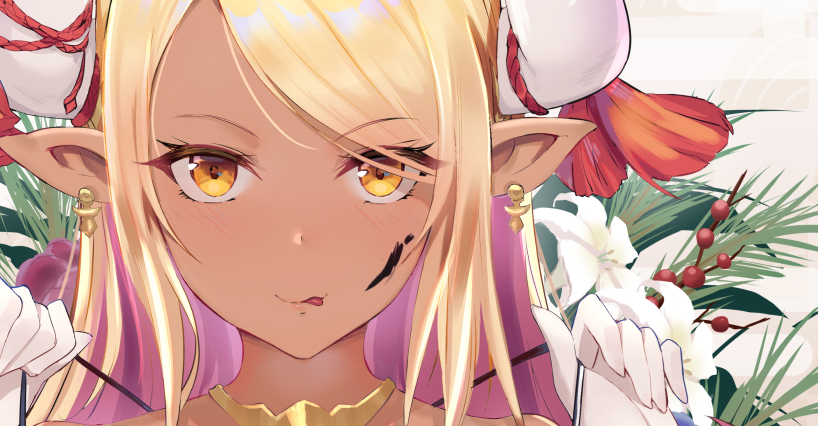 "Well... I don't think she's ready. And I mean, I don't think I am either, really, that'd be stupid if I did think that. But I just- I don't think it's fair. That she just ran off and came back and...that's it. Suddenly everything's fine now, she can just be in charge like nothing happened."

Taking a deep breath to keep herself from getting worked up, Kokoro leaned against Yugiri, just a touch. She'd missed having her around.

"I feel like I have to. Someone has to."

Yugiri
She pondered the response, thinking over it before nodding to herself.

"But what does beating up Chidori do for anyone?"

It was a question more out of curiousity than trying to sound like she was asking it for the good of everyone. Just what her cousin thought it would make happen by doing the actions.

KOKORO SHIHOIN
"It's not- It's not about just beating her up, I'm not just tryin' to hurt her. Not with a baby on the way. I just don't want her to be in charge, that's it."

That made sense, didn't it? It made sense to Kokoro, but she knew she wasn't really the best judge of these kinds of things. That was why she'd brought it up to Yugiri.

"I dunno. If someone else wanted to challenge her, I'd rather they did. It's not about what I want, it's just...it's for the family. I don't want to see everything papa did get ruined."

Yugiri
Well that made sense. Maybe she should just talk to Chidori about it, how was Yugiri supposed to know what to do. All she ever did was mess everything up. Although that passing thought of kind of took a root and she nodded to herself while the seed grew and then bloomed into an idea.

"Have you like... talked with Chidori about it? If you can just resolve it by talking it out then you don't need to beat her up and you don't end up coming out of nowhere with it. I guess, it's just more friendly to think about it like that. If you talk to someone rather than let it bubble and boil before it spills out."

She almost went to use this situation as an example but stopped herself when she remembered, the less she thought about her cousin's 'affections' the better. Was kind of gross but as long as she didn't ever bring it up again or pursue it? All was well.

Kokoro crossed her arms at that one, a rather childish gesture admittedly. She knew as soon as she said it that there was no logical reason for her to hold that stance so firmly, and that it made her more than just a little bit in the wrong, but she didn't care. She was sticking to her guns on this one.

"There's nothin' to talk about, Yugiri. What'm I supposed to do, tell her I think she's irresponsible and that someone else oughta be in charge? That's just gonna end up with a fight anyway."

The response hit her with a small expression of surprise before she pouted and looked angry. Maybe she liked it when people did as she told, maybe she was just annoyed that Kokoro so readily discarded her suggestion for her steadfast ideas when she was asking for help. Maybe it was both and for a moment she looked silently at her before turning away and shaking her head.

"Fine. Whatever, it's your choice and I'm not even a Shihoin anymore so why should you ask me about family matters."

She said it all with a frustrated tone and a little huffy before biting her lip in annoyance, mostly with herself.

KOKORO SHIHOIN
"That's not- That's not what I meant..."

Kokoro's frustrations quite immediately became wholly self-directed, to say nothing of how drastically amplified they had become. Why was she even here? It'd been selfish of her to come in the first place. Nothing she'd said had mattered, none of it had been the right thing to say. She was just making everything worse, just like always.

"Just...forget I said anything. I shouldn't have bothered you, forget I came. All I did was waste your time."

Standing and looking to the door, doing her best not to cry, Kokoro made her way right for the exit, but she was too soft. She just didn't have it in her to storm out like that, no matter how mad she was at herself.

"...I asked because you're a better Shihoin than me."

Yugiri
Did she just say that? She did. Shaking her head in frustration, not out of feelings of inferiority like what Abalia made her feel but because Kokoro had so little faith in herself. It was infuriating!

Through clenched teeth she forced the words out.

"Why do you hold me in such high regard!? You're as much a Shihoin as I am! Do you like living in my shadow? Do you like putting me on a pedestal and telling yourself you'll never be as good as me?"

She had made her way up to Kokoro through her rant, putting her hand tightly on her relative's shoulder.

"Well guess what? I'm not a Shihoin because I'm arrogant, I'm spiteful and I'm vindicative. I did stupid things, who cares if you're lacking in some things? It doesn't change the fact you're a better person than I am and that's more important if you want to 'be a better Shihoin', you think Papa or anyone would prefer you to change for some stupid idea of a 'good Shihoin'?"

The younger woman wasn't getting away, that much was made clear. Yugiri had already started blurting these things out that had been simmering and wanted to be told to someone. She wanted to take the photoshopped image of herself she cared so much about that lead her to this situation and burn it right in front of the person who believed in it the most.

The grip on her shoulder gave Kokoro pause, but Yugiri's words were what more genuinely shook her. Maybe she was right. She didn't really know anymore. Papa wouldn't have wanted her to change, but Papa was gone now and the rest of the family was still here. Maybe that said more about what she needed to do than anything else.

"...I guess so. But I don't think I'm a better person than you are. I'm not gonna tell you you're not those things, but I'm stubborn and I don't listen. I'm not bright, I've got a bad temper."

She was quiet then for a moment or two, thinking about what Yugiri had said, the situation they were in. Words from someone she cared about rather deeply echoed from the back of her mind, and she took a while longer to formulate what next to say.

"...Someone I know told me maybe I should just try being Kokoro instead of trying to be a Shihoin. I thought I got what they meant, but I don't think I did. I think you get it, though. I think...I dunno. I think maybe I ought to try a little harder at that."