His tails swished along the hot sand like stoking the coals. This desert's heat was something no human could endure. His eyes slowly softened as he'd been eating here. Consuming and feel the loss of himself. His foot slammed into the sand as it gave way. His mind felt so numb after eating a fleeting satisfaction. He'd consumed another hollow today not just one. He fought often and frequently to survive. To keep his sanity intact. The torrent of souls inside him grew and he saw it. What the woman Ulv spoke of. His hunger screamed in his ears and through his being. But he could fight it now. He could exist without eating every damn minute. His resolve was stronger than these hollows. He just had to maintain his sense of self now. That was the importance, but a thought kept coming to him. What was he becoming as he ate these evil hollows? This wasn't justice by any sense or upholding the order of the world. His powers didn't seem to cease their growth. As his frame sat idle in that sand.

Lost in those as his fur felt the feel of the breeze. A sand storm was coming, his ears perked. As he turned his head to the side sniffing in the air. His sense of smell and other senses had drastically improved. Standing finally from the sitting position he'd adapted it seemed shelter would be good. 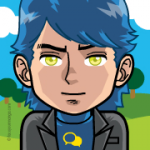 The young Jackal had been sleeping out in the open. Having eaten not long before, the hunger attacking his mind had lessened. This led him to laying down to rest. However, just a couple of hours later, he awoke to earth rumbling vibrations and an annoying sound coming close. He knew what it was. Thus, the golden-eyed Hollow jumped up from his resting spot. Feeling the wind pick up, Anubis groaned before he began running in the same direction the wind was going. I've got to find somewhere to wait this out.... the canine thought as he raced over the sand. His head and eyes scanned the area for anything that could be used as cover. As he ran, the hollow could feel the growing power of the sandstorm from behind him. Looking back, he saw the mountain-sized cloud of sand and wind blowing toward him.

Seeing the danger, Anubis increased his speed to his full potential. His senses grew to their limits and he began to look for safety even more. He ran and ran. Anubis' legs carried him over the sand with ease. Soon though, he felt little bits of sand hitting his back. Even with his speed, the sandstorm was catching up. His thoughts started filling with panic, damn!......I need to find.....where? Where?! His head swiveled right and left over and over. Soon, he found a moderately sized rock formation jutting out of the sand. "Ah, whatever. That'll do for now..." he said to himself with a huff. Then, he turned his path to the outcropping. Bolting toward his newly found cover, the Hollow rounded the other side. Going up as close as he could to the rock, he started digging himself a hole. After making it just deep enough for him to stand in with his head out, he padded into the hole. "I hope the storm doesn't last too long," he muttered to himself. He could hear the howling wind and rumbling sand speed ever closer. As it got closer, the sand under and around the jackal started to shake. Then, he got down on his belly and curled into a ball.