The Color of the Clouds In the Sky [Loukas/Micaiah]

The Color of the Clouds In the Sky [Loukas/Micaiah] 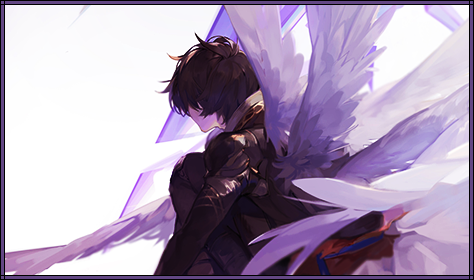 Loukas Holt | The Man Searching For A Future

Loukas stared up at the sky, relieved at the way his skin didn't burn for once. It was going to rain soon, he knew, but he needed this. He needed to be outside, during the day, and not be as fully covered as possible. He needed to feel as normal as he possibly could or he was sure he'd go insane.

The weather hadn't been great lately by regular human standards. Thunderstorms had wracked the area, and there had been minor flooding nearby. But to Loukas, that didn't matter. What mattered was the fresh air, the cool breeze brushing past his skin that came after a storm or before one was about to arrive. Thunder rumbled in the distance, and Loukas smiled to himself at the sound. He'd probably have to find shelter soon, have to leave the park he sat in so he wouldn't end up drenched. But for now, he was content, feeling the most peaceful he had since being turned into a sueki.

Re: The Color of the Clouds In the Sky [Loukas/Micaiah]

From the sky, Micaiah came barreling down to collide with the ground. The wet grass upturned and an explosion of dirt flew just about everywhere. Why? Well, cause she was stupid. Actually, Maujuda was stupid.

The old crony saw the thunderstorm raging on, noting it to be especially chaotic. Like, more than any she had come across in the Human World thus far. Then, he baited Micaiah in. "There's a sacred art I want you to learn, but it's pretty difficult to get all the preparations right. I don't think it'd be a good idea for you to do right now."

The sheer audacity to assume Micaiah wouldn't be able to do something whenever the hell she wanted was higher than the sun itself. It checks out, the old king of the Vicara Plane was still thinking he was the wisest man of all, but the wrinkly retard was dead for millions of years by now. Not very wise after all.

Anyways, similar to the Fireking's Godfist, exposing yourself to the substance of the martial art was critical. Like a protesting buddhist, it took self-immolation for Micaiah to first initiate herself into learning the Godfist. This time, he needed her to fly straight through the clouds spewing lightning everywhere. What a great idea!

She rode on one of her swords, levitated by Maujuda's efforts. She flew through the sky, and at first it was great. The heavy winds, the rains practically drowning her--despite all the unpleasantries, it was a new experience. The kind of thing Micaiah lived for. It only became an issue when, by merit of her sword being a conductive metal, a lightning bolt came straight at her, shocked her stiff, and had her falling straight from the sky.

She was high enough that during her fall she was able to regain herself, but Micaiah couldn't fly. Frankly, she couldn't do anything about this situation at all. At most, she could enter Asura Aspect which strengthened her body and skin so that she could at least survive the fall.

And that's how she got here, in this beautiful park that was now maybe a little less beautiful. What a peaceful day.