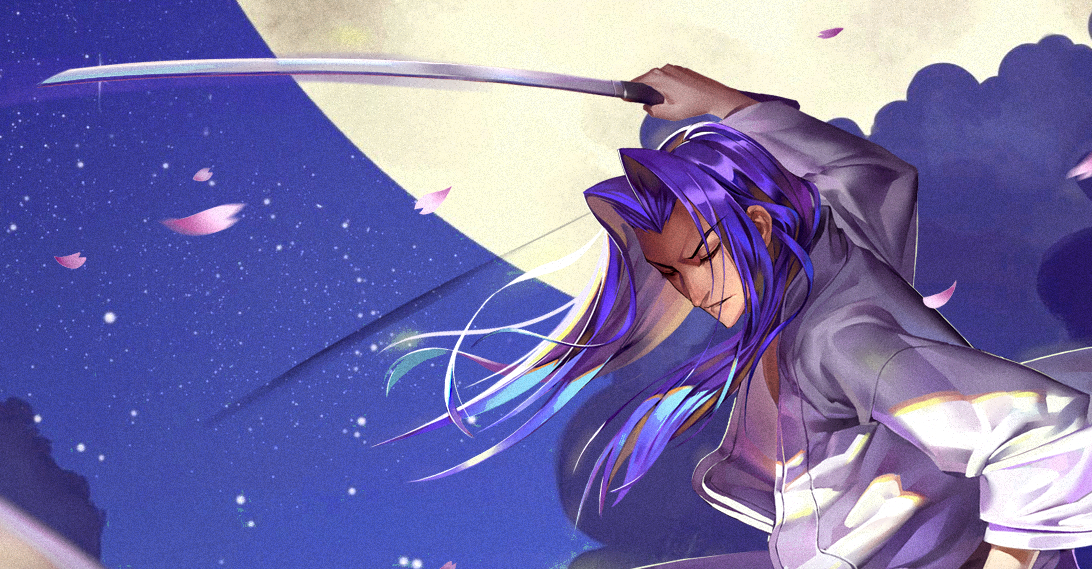 FUUEN
It had been disheartening for Fuuen to recieve so little assistance with regard to his memories from the Gotei, but he supposed that he could not blame the organization so much as that particular captain. Despite his misgivings, he had made an oath upon joining them, and he was not the sort to renege on an oath simply because his situation was not ideal. Instead, he simply went about his duties as a substitute shinigami, traveling the Earth in search of rogue Hollows.

That said, he was still not especially certain what he was to do if he came across one. He did lack a zanpakuto at present, and it seemed it was not quite so simply as merely requesting one and having it handed to you. How thoroughly unfortunate, but it was not the end of the world.

Thankfully, Fuuen had yet to be faced with this particular issue, and at present he was simply patrolling the rolling hills of France. He did not know this part of the world well, but he found that its beauty was rather unlike that of the lands he was familiar with. An exotic landscape that he felt compelled to draw more than once, Fuuen would be rather remiss if he forgot this--

Ah, what a tragic thought, knowing that he almost certainly would. 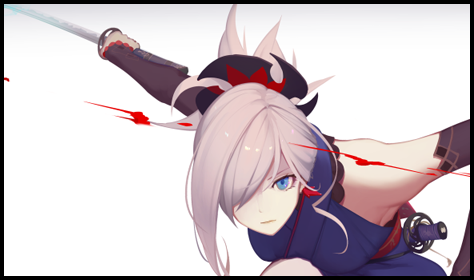 She groaned at the situation, how'd she end up in the woods anyway? Something about some punk stealing one of her swords and then taking off. She hated the city and Europe seemed to be filled with those damningly annoying pickpockets and thiefs. She had to chase the little bugger an annoying distance and he tried to lose her in the woods. Well thankfully she caught the little brat and held him upsidedown by his ankle while chiding him.

Now that it was over though she was trying to find her way out.

FUUEN
Unlike a certain wandering blade, Fuuen had little trouble making his way through the forests. He had traveled through many a wood thicker than this, even if he could not remember the vast majority of those travels, and the experience left him with a certain natural sense of direction that proved quite helpful in his travels.

While he had expected only tranquility in such a place, the chirping of the woods and the rolling of gentle streams, the sound of a woman calling out irritatedly proved to be something he had decidedly not anticipated. Well, that did not mean he would not investigate, only that he had not expected it. Fuuen was, if nothing else, something of a curious sort, and as he made his way toward the source of the voice with relative ease, he called out toward what he believed was the source of the voice, struggling through the trees.

"Do you require assistance, miss?"

She turned in surprise while crossing her arms, who was this guy? What was he doing just walking around the woods. Masami did get a bit thoughtful though, he looked peculiar and had a similar kind of energy as she did. He might've been a shinigami or a spirit from the Rukongai, it was a bit out of the way though wasn't it for him?

"Anyway, doesn't matter. How do I get outta here? Some punk stole something and I had to chase him all the way out here."

Masami didn't think to ask him the way out before she let him run off pissing his pants in fear of the lady that got angry at him.

FUUEN
What a pleasant woman. Fuuen was finding that most of the women he came across in his travels seemed rather crass in their conversational skills. Though, he supposed, Yugiri had not been quite so rude.

"Fuuen. Wandering spirit, and substitute shinigami. As for how to get out, that's mostly dependent on where you intend to go. Back toward town, I presume?"

Given her gruff demeanor, Fuuen didn't feel it too terribly necessary to wait and see if she would in fact follow him if he started walking back toward town. He simply started to walk, and if she chose to follow, he would have no problem with that.

Mukushiki
"Uh... Yeah, that seems like a good spot- Shinigami? Are you sure?"

Masami's head cocked to the side, now that was a bit of a wrench in her guess. He didn't look or even feel like a shinigami in the proper sense, who was she a zanpakuto spirit manifested to speak though? It was a bit hypocritical and a hypocrite was something that she was not. Well, tried not to be anyway.

This was the second time a guy had taken off on her today, at least he hadn't stolen from her. Didn't mean she liked to have to rush to catch up with him and keep pace. Gah, how busy the day had been she just wanted to nap and get a break in with all the walking. Still, Sol was a shinigami now. Maybe he knew Sol. Probably not, Gotei was pretty large after all.

"So whatcha doing down here, Mr. Substitute? You find any hollows or have they been getting away from you?"

FUUEN
"Fairly certain, yes, though my memory has failed me before."

That was certainly an understatement, but Fuuen did not particularly feel as though he ought to simply explain the whole of his condition to her after a few exchanged words. If it became relevant, he would elaborate.

"Simple patrol. I work for the 7th Division, though perhaps only in the loosest sense. I send the occasional report, and would put a stop to any Hollow I came across. That said, I have yet to come across any, and perhaps for the best. I have no zanpakuto with which to send them on their way."

The thought of his exchange with Captain Kurotsuchi resurfaced briefly in Fuuen's mind, and he idly wondered as to the humanity of the konso. If he were sent along to reincarnate, would that not be akin to killing him as he currently was? He was not certain that his own view of the world could allow for an action like that, but he would address that another time.

"And what of you? You don't seem a typical shinigami, yourself."

Mukushiki
"Eh? How'd you tell. I guess, whatever. I guess I'm not really a shinigami, I just act like one."

She left it ambiguous on purpose, she didn't really like to be forthcoming with the whole zanpakuto spirit thing. It made people get too fed up and then they ask questions like what happened to your shinigami and it brings up the bad memories of that time of her life.

It started serious but she started to giggle and then burst out laughing, if she knew him a bit better she might've been more considerate as to letting him borrow her power but there was no foundation of that yet and trusting people with herself was not something she was good at unfortunately.

FUUEN
"I see. I suppose we aren't especially different in that regard, then, are we?"

Fuuen wasn't exactly the sort to pry into another's affairs, and so he asked no further questions on that matter. Whether she was actively hiding the truth or was simply not the sort to think about it was, ultimately, wholly inconsequential to him. He simply wouldn't ask that sort of question.

"Rest assured, miss, that even if you were serious I would rather prefer not to do so. My own blade is more than enough for me."

It wasn't exactly meant to be a slight, especially considering he had no knowledge of the woman's actual nature. Fuuen was simply rather fond of the Yuudachi, and he felt little need to carry any other blade even if the opportunity presented itself. While he likely ought to have put in the effort to acquire a zanpakuto, something about the idea simply seemed unappealing.

Mukushiki
"Oh yeah? I guess you're right. Is this the part where we get all chummy and feel like kindred spirits as fake shinigami or something?"

She laughed while catching up with him and keeping pace besides him. At least he wasn't the type that asked to borrow something unlike Sol which she let borrow her power for a bit until he got sorted out and she washed her hands of him. Kid grew up well, even if she might've given him a good ol' stab along the way. It turned out alright though.

"Oh yeah? It special or just sentimental. Doesn't look like any normal sword, like jeez. It's massive for one."

Masami might've commented that he was compensating if she was drunk but the more rough attitude she had was well kept behind the casual demeanour of friendly conversation on the walk to town. He seemed to know the way around, at least they wouldn't get anymore lost.