Never in a Hurry [Claudia, Solo]

Never in a Hurry [Claudia, Solo] 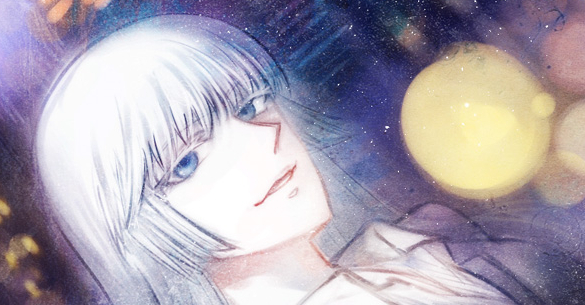 CLAUDIA DUVALIER
For many modern women, ownership of even a modest piece of property would have been more than they could reasonably ask for. Land which was reliably protectable was nothing short of a dream, and to even imagine that this defensible land would also be a source of consistent revenues? Now that was an impossibility for anyone who lived on Earth in this day and age. After all, in the wake of World War 4, things had become more than the slightest bit unstable.

Of course, instability was exactly what Claudia Duvalier thrived in.

The nation of Italy had proven a battlefield of the most extreme sort during the war. It made sense, of course, given the proximity of Italty to North Africa and, therefore, to Vastime. But one might not have anticipated the higher presence of Gotei forces than in most other locations bar America, and it seemed it had almost entirely been on account of the closeness to Vastime as a defensive measure. Regardless of the reasons, for such military outlook was wholly outside Claudia's interest, it had left Italy in something of an unstable state. Oh, the country had certainly managed to prop itself up with a bit of outside support, at least in the north, but ages-old conflict between the many city-states had proven a difficult obstacle, as it always did. The assistance of the Holy Roman Empire, could only go so far. And, by contrast, the assistance of the Duvalier Group was near-limitless.

This was why, for the past months, Claudia had moved her business slowly northward through Italy, the Duvalier Group's resources being deployed whenever and wherever necessary. Their slow growth was by design, to create a sense of demand, to ensure that each region saw the value in accepting this foreign aid. This growth, of course, demanded stable supply lines and consistent bureaucratic support. If any of these regions were to cause problems among themselves, it would only disrupt the Duvalier Group's ability to supply them with crucial infrastructure and support.

And now, sitting in the penthouse of one of the few remaining skyscrapers in Milan, Claudia Duvalier allowed herself a small smile as she signed the last of her regional contracts and sent it away to the local government. Sipping from a fine china cup of plain black tea, she looked out through one of the windows at the city which, even now, had not recovered from the destruction of the war. This would be a perfect place to develop, she suspected. Free even from the prying eyes of Vastime, so long as she played her cards right. The financial backing she received through those subsidies was far too valuable to ever let go of, but there could certainly be some workaround.

Mm... Duvalier Group Italy certainly had a lovely ring to it, didn't it? What a boon the nature of subsidiary companies was. Of course, that level of independence would be quite prone to breeding ambition well above what Claudia would ever be willing to allow. But all these things would be handled in time, wouldn't they? For now, it was best to simply enjoy the quiet peace of knowing one more piece of the world was under her heel.